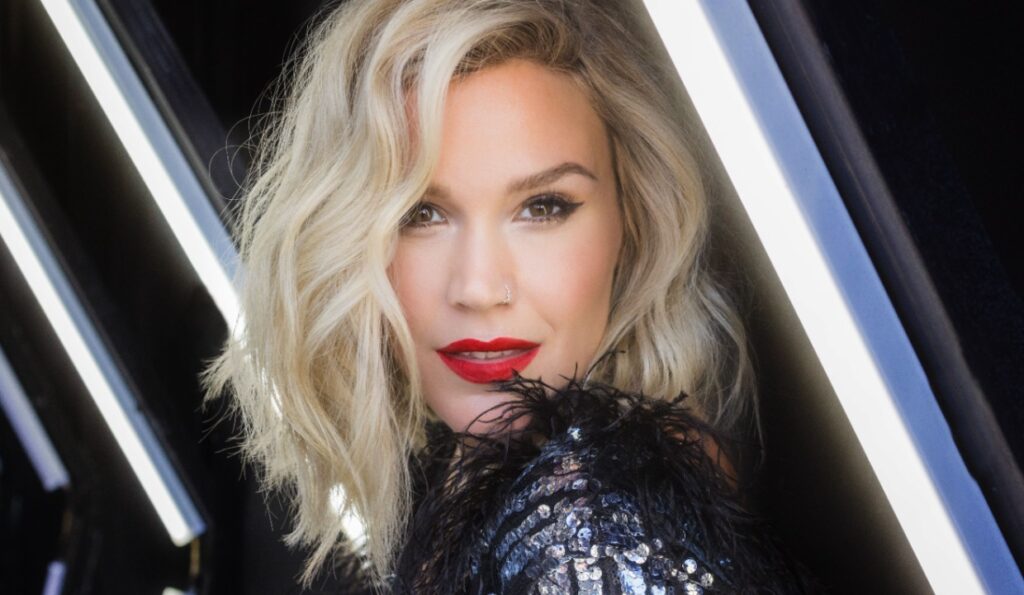 GRAMMY-winning singer/songwriter Joss Stone is back! She recently released her first new music in over five years, two singles that anticipate what promises to be a lush, soulful and funky forthcoming record. One of these singles, “Breaking Each Other’s Hearts,” was released today on Christmas Eve, and you can hear it via the player below. Stone’s forthcoming album, Never Forget My Love, marks an epic new full-length collaboration with legendary producer/Eurythmics founder Dave Stewart. In addition to its release, Stone will be heading out on the road soon. She will be co-headlining a U.S. tour with Corinne Bailey Rae from January 19-February 11.

We had a chat with Stone about all this and more, including her love of Christmas, her passionate vegetarianism, and the influence of Burt Bacharach and time travel on the songwriting process of her forthcoming release.

JAZZIZ: What does Christmas mean to you?

JOSS STONE: I love Christmas. My mom used to make it so magical. She would transform the house for it. The smells, the colors, the lights, it was so amazing. She took it super seriously and it was a special time. I want to do that for my little girl. This will be her first Christmas and she may not even remember it but I want her to have a lush day. We’re going to have lights up and I’ve bought a bubble machine to fill the room with. And then maybe wrapping paper all over so that she can have a crunch. I’m hoping this will bring her joy.

What about Christmas music?

Christmas music is amazing. Maybe it gets a bad rap sometimes because it’s cheesy. But cheesy can be good, especially at Christmas. And when you talk about people like Frank Sinatra… there’s nothing cheesy about Frank! But I also love the Church Christmas songs. Like “O Little Town of Bethlehem,” “Silent Night”… They’re all beautiful. I wanna make a Christmas record. I uploaded a Christmas song as part of our Advent calendar on my Instagram. It’s a cover of a song that George Clooney’s mother sang in a movie years ago. So, it’s really obscure but it’s beautiful and I love it.

You haven’t released new music for many years. Are you feeling any trepidation about it?

Yes but I’ve made the record now and there’s nothing I can do about it. You kind of have to let it go and just hope that people will like it. And I think because it’s been such a long time, I’m just now noticing that people have been waiting for it. So, whoever has been waiting, I hope they enjoy it because we put a lot of love into it.

When did you meet Dave Stewart?

It was right at the beginning. I was signed when I was 14, the first record came out when I was 15, 16. The second one came out when I was about 17. And he must have heard me somewhere around the release of Mind, Body & Soul. He called my manager and said he’d love to have me sing on the soundtrack of this movie called Alfie that he was making. I was excited. I couldn’t believe I was ever asked to ding in a movie. That’s still exciting to me. And we recorded it in Abbey Road. At the time, I didn’t realize that was a big deal. But now, I do. I didn’t know then. But everything was a big deal then, really. I just didn’t know why.

How did the story of Never Forget My Love begin?

We were writing for a play called Time Traveler’s Wife. So we were writing songs about time travel, which is a bit of a mad concept to write about. We didn’t have a finished script at the time so we started thinking that we could make an album instead. And I’d done a gig with Burt Bacharach a year or so before then and still had those songs ringing in my ears. I’ve also been listening to Dusty Springfield and Dionne Warwick since I was a kid. Those songs are so beautifully put together, so sophisticated. I thought’s I’d love to make a record like that but didn’t know how to do it. But Dave said, “Don’t worry. I know how to make a record like that.”

He’d have the guitar and we’d start coming up with ideas. And the wonderful thing is that now when I listen to my voice notes from those days, the ideas that we had… it’s all exactly how we planned it. We went into the studio a few months later with those ideas and it was exactly how I imagined it. Everything! And that’s a rare thing because with my earlier records, I’d have different musicians come in and it would be kind of a jam. On this one, we planned. And that’s new for me. It’s nice.

Even from their titles, songs like the title track and “Breaking Each Other’s Hearts” suggest a theatricality or sense of drama about them.

I love that you used the words dramatic and theatrical because those were words I was using constantly. Because we were initially writing for a play and we were already in that zone. And it almost seeped into to what we were doing. But also, we sometimes walk around this world and pretend things don’t hurt us. We make our feelings small. If the words are big, it almost seems silly and disingenuous. That’s part of our culture, especially coming from the United Kingdom. But in music, we’re free to be that big and that dramatic, and actually, say how we really feel. It allows us to express how we really feel inside.

Does music help you deal with emotions?

It’s almost like therapy. When I go on stage and sing my songs, some of which I’ve been singing for almost 20 years, I go back into those feelings and emotions every night. And especially if it’s a sad song, you’d think that would be disastrous for my head. But it’s actually really good because it helps you make friends with your pain or your story. You can knock yourself out of a bad feeling with another tune but you need to feel that other stuff as well. If you don’t allow yourself to feel it, it eats you up.

You’ll be on the road soon. Will this be for the first time since the start of the pandemic?

I’ve played a few gigs in Europe. I did one in Germany and I did a few in Switzerland. My keyboard player, who’s also a musical director, lives in Germany and he put together a band for me. They’re all European and they were brilliant. It was odd for me because normally, I have my family behind me. It was new people, a new family. But now, I have to find a way to bring everyone back together.

We’re going to play again in January, February with Corinne Bailey Rae. It’s a collaborative tour, which I love. But it will also be my first real tour since my [Total World Tour]. And that tour wasn’t even normal. I was playing in places like Yemen, Iraq and Syria with just a guitar. And that went on for six years, which is the reason I haven’t had any new music out. It’s because I was trying to do that. So, it’s been a long time but it was amazing and definitely brilliant.

You mentioned the word family. Is it important for you to establish that type of environment?

Yes because they really are your family. We have each other’s backs. We’re on the road, traveling from place to place and we’re for each other no matter what goes on, whether it’s up or whether it’s down. I’ve learned over the years that if there’s a spanner in the works, it’s not good for anyone. And it’s my job to make sure the environment is good, unfortunately. It’s been my job for a long time. When I was a young girl, 16 or 17, I was weirdly leading a band of people who were 30, 40, 50. And it took me years to realize that I was the one who had to fix all the problems.

It must have been challenging…

I didn’t really know how to do it then and it was always a bit of a mess. There would be people not getting along. It was almost like having kids. But you just want them to be happy and there’s a way to make that happen. And if they’re not, the music is not right and that’s not the point. Feelings are important in soul music. If you don’t have that, I don’t know what kind of music you’re making but it ain’t soul!

As a fellow vegetarian, I’ve been enjoying your Cooking With Joss series online. Is vegetarianism important to you?

My mom was very clear with me not to be an annoying vegetarian. She said you have to be a good person. And you know what? It’s hard to make the transition in a way because people that have been brought up as carnivores, they’re not coming from a cruel place. It’s just I don’t know if they always realize exactly what goes on in order to get that meal. Now, I think the more people who do eat meat learn about that process, the more vegetarians are good. And that’s because people are good. They can’t help it. And there’s a little bit of guilt that drips in there. Why wouldn’t there be at the end of the day?

So, do you feel that things are changing?

There are more plant-based choices that help make that transition. I wish I was strong enough to be a vegan because it is a kinder option. But it is bloody hard. So, what I really need t do is have a farm where I have my own cows and I’ve got my own chickens and we can make our own milk. And everyone’s nice and there are no babies leaving their cow-mommies. In the meantime, I’ll try making more Cooking with Joss episodes on Facebook, so we can come up with some recipes together. I find the people who watch actually help me… because I don’t really know what I’m doing! 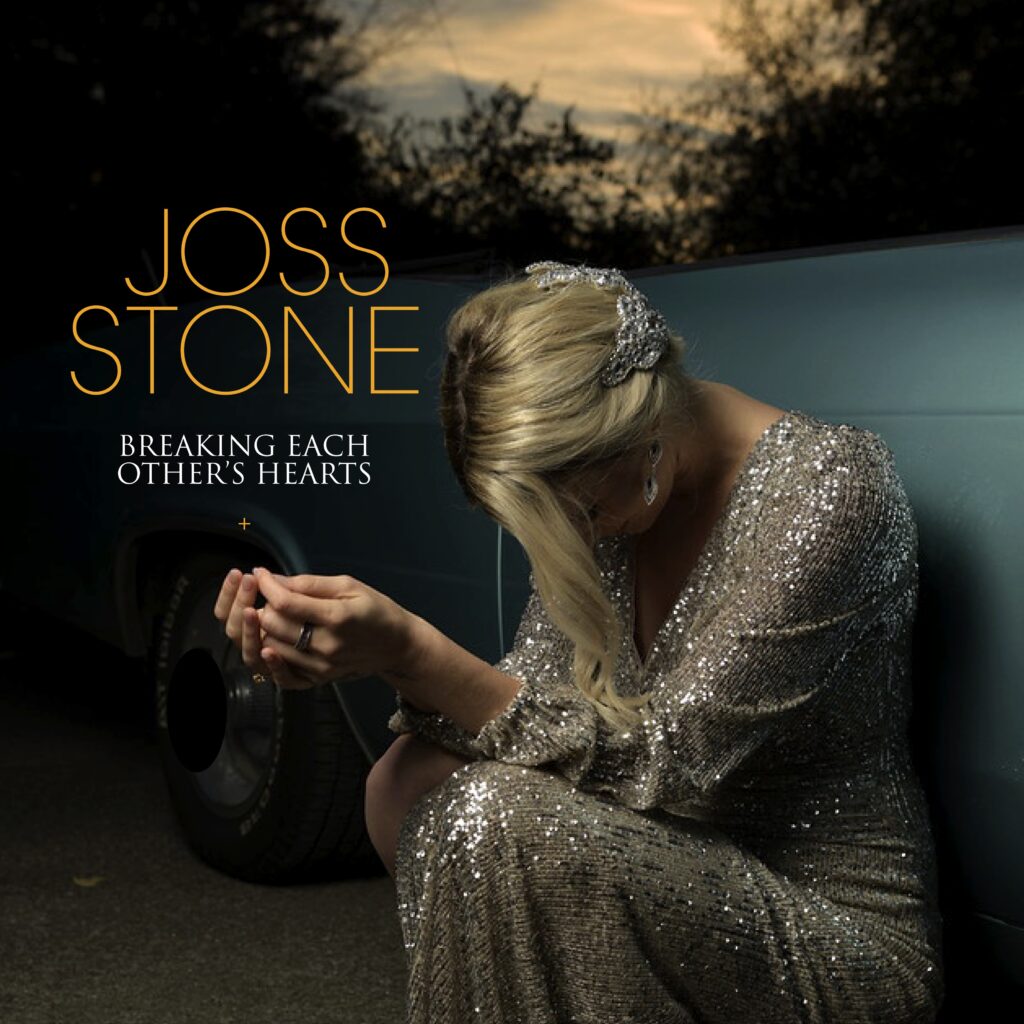 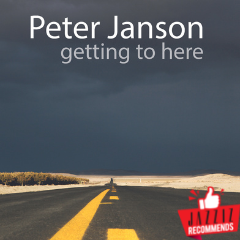