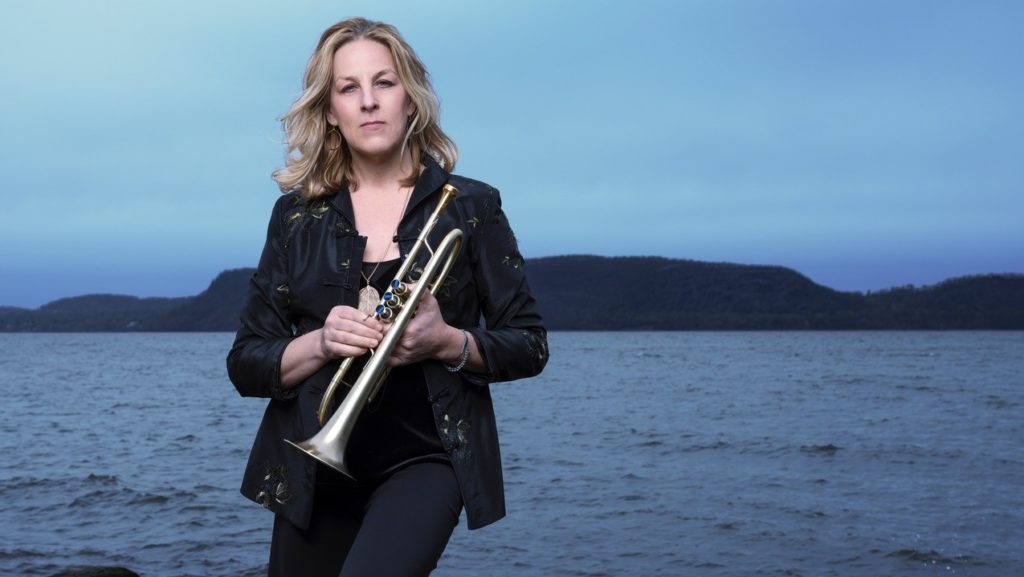 Vancouver-born trumpeter Ingrid Jensen’s career got off to a running start with the release of her debut album, Vernal Fields, in 1995. The disc, which won the Juno Award for Best Mainstream Jazz Album the following year, introduced the jazz world to a player with abundant technical facility, a wildly imaginative approach to improvisation and a lustrous, deeply nuanced tone. An original new voice on the scene, Jensen seemed to defy convention with her eclectic blend of influences, which ranged from traditional jazz and classical music to American folk and the avant-garde.

Nearly 25 years later, Jensen continues to be a force in modern jazz. She has released numerous albums of high acclaim as a leader or co-leader, and she’s been a key collaborator alongside some of the most forward-thinking minds in jazz composition, including Clark Terry, Billy Taylor, Maria Schneider and Terri Lyne Carrington. Her most recent project, Invisible Sounds, is an album dedicated to the quietly influential trumpeter Kenny Wheeler (1930-2014), whose body of work for ECM helped establish the label as a powerhouse in European jazz. The album was recorded with co-leader Steve Treseler, a saxophonist and fellow Pacific Coast native, and will be released Oct. 26 on Whirlwind Recordings.

JAZZIZ spoke with Jensen ahead of her November 14 performance at the University of Miami’s Frost School of Music, where she will be a headliner in the university’s Frost Music Live! Series. (Patrons who buy a ticket to Jensen’s event as part of a special ticket package will receive a complimentary three-month subscription to JAZZIZ Magazine. Click here for details.)

Below is an excerpted version of our discussion, which covered topics ranging from practice routines to the #MeToo movement and more.

Your new album is a tribute to Kenny Wheeler.

Yeah, that was already in play before Kenny passed. Steve and I both have an affinity for Kenny’s music and his particular way of improvising. So it was a great thing to finally put together on record. It came out wonderfully.

Kenny Wheeler is an unheralded genius of the trumpet. I feel like he’s somebody who doesn’t get talked about enough.

That’s for sure. And I think that’s because a lot of players don’t think of him as a “swinging” jazz player. Even he didn’t think of himself that way.

Was he an influence on your playing?

Certainly. But then again, my diet was quite extreme — Louis Armstrong, Clark Terry, Don Ellis and Kenny Wheeler. With Miles in the Middle (laughs).

I liked his true lyricism. When I really started to study his way of writing, I realized that he was writing much like how I think of music, which is from the perspective of the piano, where there are limitless octaves. If you have an idea that happens to be up high in the stratosphere and it fits the moment, it should be utilized, rather than the typical octave and half of the average bebop player. 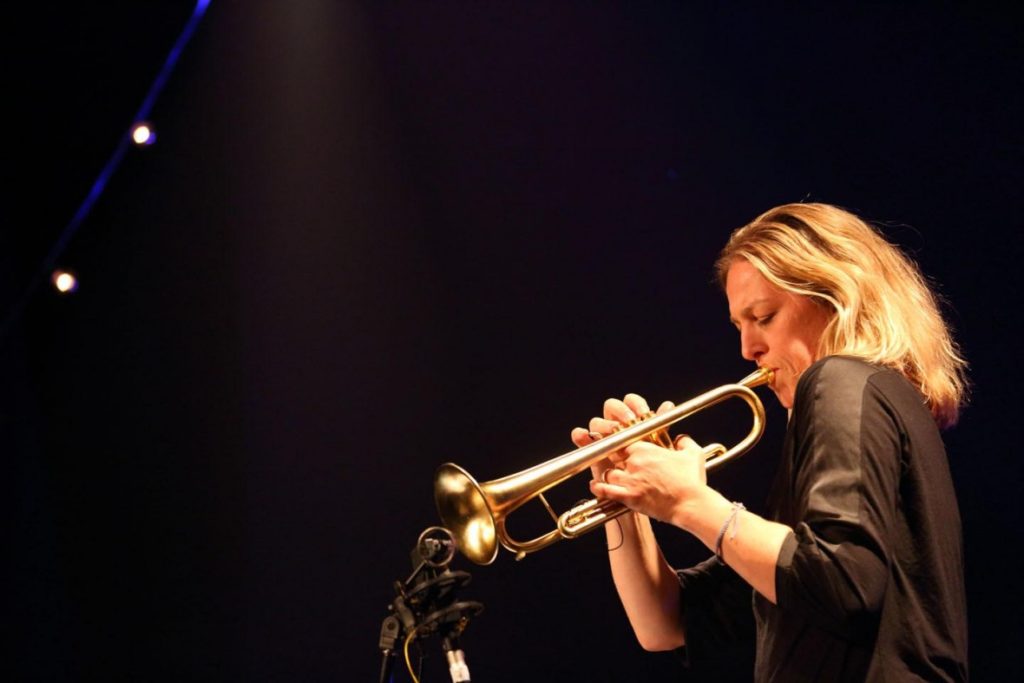 My former teacher Laurie Frink used to say that female trumpet players hear in the upper register more easily than male trumpet players. When I was younger that also gave me a connection to the trumpet — as far as using range. Not necessarily in a screeching lead player way, but in more of a melodic way.

Did playing in the upper register come naturally for you? I ask purely as a frustrated trumpet player.

Well, there are real contrasts in how to approach the instrument — from Chet Baker to Maynard Ferguson — and that sometimes leads to frustration in young players. Playing in the upper register certainly wasn’t easy for me, because I didn’t necessarily have good teachers. But when I studied with Laurie, I saw progress after two weeks. The “Beast” was unleashed, and I was able to access all those high notes. Things like playing a double-high G became effortless, but then I had to re-learn how to be musical with them. But yes, there were many years of frustration, struggle, tension and anger. But I’m a trumpet player, that stuff is natural. (laughs)

When I listen to you now, I’m struck by the depth and richness of your tone. The timbre of your trumpet voice is one of your most defining characteristics. Was that something you had to cultivate over time?

Absolutely, and it took a while. It actually came from singing. I hated the trumpet sound so much that I would just sing a note and try to match it on the horn, even though I had no idea what to do technically to get to that. A lot of my influences early on were vocalists, and I would steal from everybody from k.d. lang to Joni Mitchell, and of course all of the great jazz singers. They helped me make a connection between the human voice and the trumpet.

Your sister, the saxophonist Christine Jensen, is also a highly regarded jazz musician. What was your household like growing up? Was there a lot of music in your childhood?

I was more of an outdoors kid growing up, riding horses and running around with friends. I would play a little trumpet here and there but wouldn’t really practice it properly. But we listened to a lot of great music. When my mom passed away, my sister and I went through her record collection and were just like, ‘Wow, we grew up with some great sounds in the house.'” I’m talking early Louis, Debussy, Chopin, Rachmaninoff, Bach. A lot of Basie, Miller, Mills Brothers, Oscar Peterson. Things that were super danceable.

Well, that’s a lot of time. So much happened that influenced me during that period. I lived in Europe right after I graduated from Berklee, and that gave me a perspective on what it means for a society to respect the arts and artists. It also gave me a perspective on the reality of success as a jazz musician. It’s not like you become a big star and then have this huge career. It’s more of an up-and-down road. 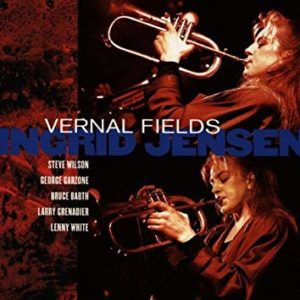 For example, I’ve been so busy recently, with way more work than I’ve ever had before. And it’s like, “Well, thank you #MeToo movement,” because people are finally looking back at my body of work and going, “Hey, this is actually pretty good. Let’s get her to work on some projects.” People that have only ever had male guests artists are finally saying, “We should probably go with a woman for once.” Also, having a record deal was a pretty big thing at the time, now that I think of it. Kids coming out of college now don’t get the kind of deal I was offered back then. I was able to choose the people I worked with — like Larry Grenadier, Bill Stewart and David Kikoski — and that led to getting a lot of experience as a bandleader, which definitely changed my life.

You have to have some empathy so that your band has the freedom to be themselves. At least, that’s how I lead. I like to lead by hiring my friends now, rather than hiring superstars that I don’t really know (laughs). I hire people that know my music and love my music, and that way, we can just do anything. It’s not so much about me being supported by an all-star cast and making me sound good.

There a lineage of great bandleaders who have certainly groomed some great players and given them great opportunities. Personally, as a woman, a lot of those opportunities were never given to me. So I and other female artists had to seek them out for ourselves. I seem to do a lot of projects with women now, and maybe that’s why. Terri Lyne Carrington and I have a great rapport. We come up with a lot of music together. I’ve played with Maria Schneider. It was the same for all of us. Twenty years ago, I would get hired by a few people, but for the most part, I would have to be my own leader. That’s just the way it was.

You’ll be doing some masterclasses and workshops with the Frost School of Music during your upcoming residency. What lessons do you hope to instill in students there?

It scares the hell out of me, because I don’t know what to tell them! (laughs) Because at that age, really, they have so much access to so much information. They probably have more awareness of the industry than I do. But at the same time, everyone’s trying to find their voice, and I get that. So when people ask me, “Where’d you get your sound?” I just tell them that in Grade 9 I sat in a practice room for an hour during lunch — every day for the whole year. And that was just the first step.

So if there’s anything I’m going to impart, it’s just this idea of how much time it takes to get to where you want to go, and how important it is to stay on your original path, because there’s no need to come out and regurgitate what’s already been done by the forefathers and foremothers of the music. But there’s always room for new voices and fresh perspectives on music, regardless of genre. It takes time. It takes digging. And sometimes, it requires the ability to slow down.

My two-year-old daughter is absolutely in love with the drums, an instrument that, at the moment, is heavily male-dominated in jazz. Let’s say she wanted to pursue the instrument professionally. What advice would you give her about following her passion?

The drums are male-dominated at the moment, sure, but who says it’s a boys instrument? So my first piece of advice is, pick whatever instrument you want to play and get serious about it. Watch and listen to everybody — dogs playing drums, cats, whatever! Listen to African music, listen to Japanese drumming, everything you can get your hands on. Because fostering passion in a kid is one of the most important things you can do as a parent. It’s also the most fun thing you can do as a parent. And that’s regardless of whatever gender your kid is.

To learn more about Ingrid Jensen, visit the artist’s website.

For more on the Frost Music Live series, click here.