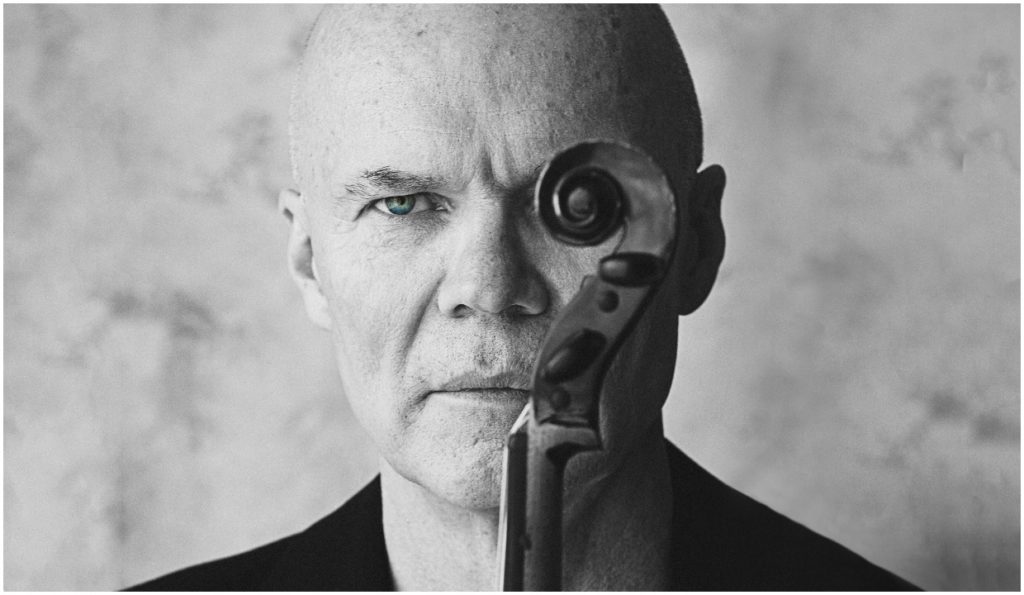 Hugh Marsh is an acclaimed and award-winning violinist, composer and sound bender. A 2007 Juno Award nominee in the best contemporary jazz album, Marsh has been a featured player on numerous film soundtracks and has worked with such artists as Hans Zimmer, Iggy Pop, Robert Palmer and many others. His latest solo LP, Violinvocations, was released on February 15 via Western Vinyl and it’s a collection of eight tracks handpicked from a total of 183 pieces that resulted from an intense and self-enforced process spanning six months while living in Los Angeles with his friend and mentor Jon Hassell.

In our interview, Marsh talks about this process as well as his fascination with noise and the origins of his interest in manipulating the sound from his violin. Below is an excerpt of our conversation, which has been edited for length and clarity. 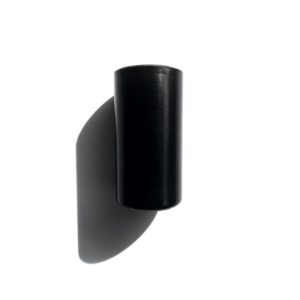 JAZZIZ: What is that crackle you hear at the start of Violinvocations?

Hugh Marsh: That sound is intentional and it’s inspired by early recordings. I’ve always been fascinated with the origins of recording and the album cover art is a photo I took of a wax cylinder – I collect stuff like that. There’s something about that noise that is extremely evocative to me.

It kind of introduces a time travel aspect to the record.

With this record, I wanted to somehow talk to the past and the future at the same time, sound-wise. I was living in Los Angeles at the time and this record evolved from a project that I did; a self-enforced regimen I put on myself to basically improvise, write, record and post to SoundCloud one tune a day for six months, so, for 183 days. The record is eight of those tunes.

For this process, I had the restriction that I could only use one instrument, the violin, but I could use as many pieces of the processing gear as I wanted. One of the tools that I use is the Strymon Mobius and it enables you to emulate an old vinyl record so you can dial in the amount of scratching and warble… Because there’s this modulation and I’m sort of a fanatic when it comes to being in tune, there’s a kind of seasickness to it and to be able to use that and at the same time find the center of the note was an interesting process.

It really sounds like something that came from the past.

I love that it suggests that. I also think that a lot of these tunes are cinematic and for me that comes from doing quite a  bit of work in Los Angeles with composers, playing on soundtracks. In fact, when I got down to Los Angeles, I was supposed to work on two projects and there was a change of heart as far as the direction of the film and its music went so I was no longer needed.

Why did you decide to stay in Los Angeles?

I wanted to see what it would be like to live there for a while and I found myself with all this free time living with a mentor of mine, Jon Hassell the trumpet player and then I got into this routine. The previous year, I had done it for a month. I wanted to get deeper into some of the processing with the pedals I had and I thought this might be a nice little project.

That first project had the same set of restrictions but it turned out to be a lot harder than I thought. Two weeks into it, I almost gave up. Then, a couple of fellow musicians I really admire, like David Torn and Dave Douglas, started liking what I posted to my SoundCloud. So, I went, “I can’t mess this up. I have to stay true to it.”

A year went by and when I moved to L.A., I found myself with all this free time and decided to try the same thing for six months. Western Vinyl was interested in putting a record out of it and out of the 183 tracks, I chose 30 of them. The idea is to eventually have three volumes so I just picked eight out of those for this first volume.

Was there anything in particular that you wanted to achieve through this process?

I think a lot of it was about discovering what I could do with a limited palette and what i could do with a certain number of the processing tools I had. These are all pedals, I didn’t use any computer processing, I just used the computer to multi-track, like a tape recorder.

Many of the composers I work with, in Los Angeles, are interested in finding sounds that will spark something inspiring for them, something out of the ordinary. These are guys who have every sample known to mankind and own every synth known to mankind but what they’re looking for is taking an organic instrument, like the violin or the cello, and processing it to try to find something other, I guess. 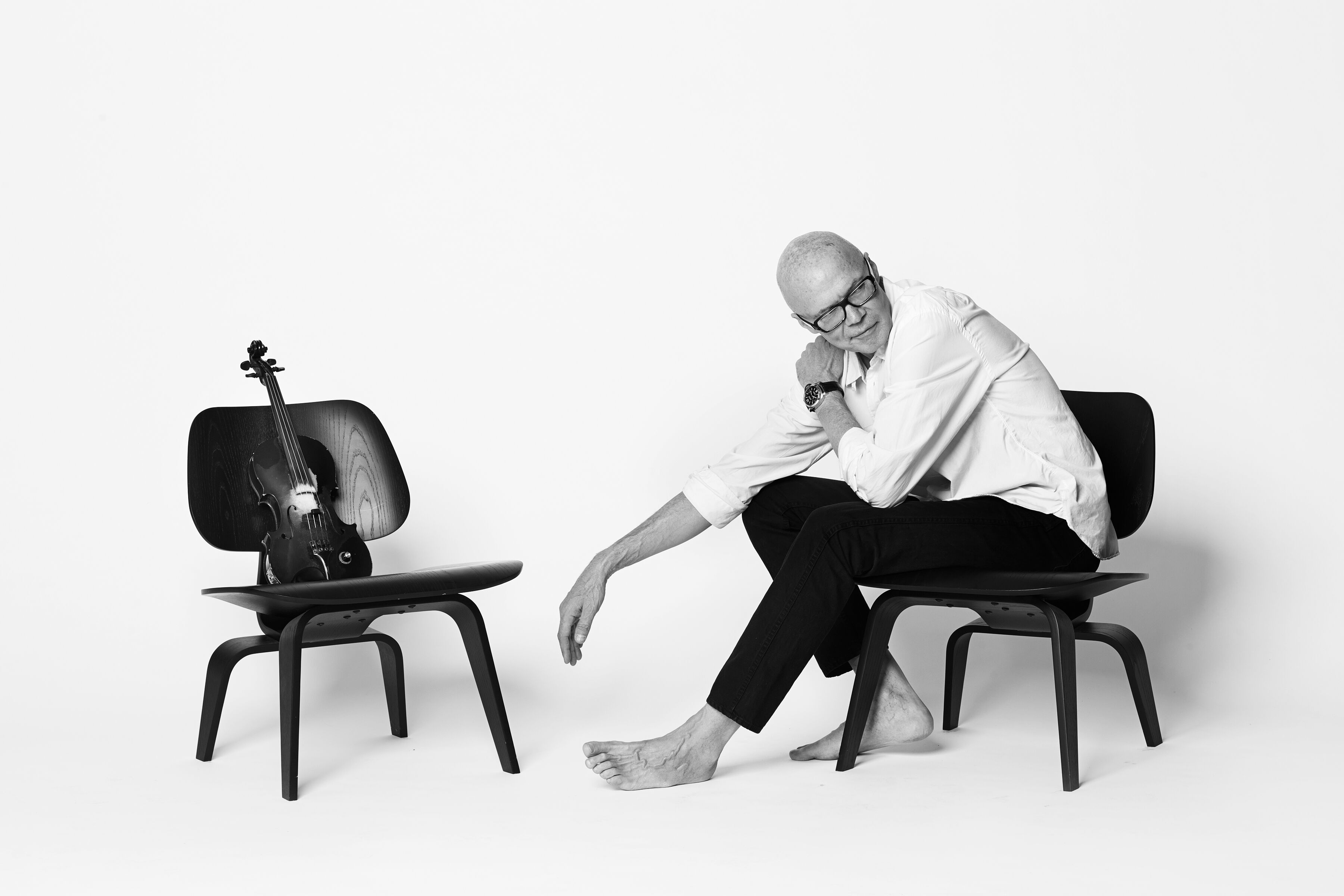 I grew up playing classical music but when I was about 13, I started playing the saxophone. That took me into other areas of music, like R&B, funk and jazz. Interestingly enough, it was my dad who set me off on adopting a different approach to violin playing. He knew I was conflicted about whether I should continue with the violin or the saxophone and I’d really taken the saxophone to heart and was starting to do a lot of improvising.

His whole thing was, “You have all these chops on violin, why waste them? Why don’t you apply some of the improvising techniques to the violin?” I tried but I was frustrated with the sound. Then, I came home from high school one day and there in the living room was this small, little amp, a pickup for my violin and a wah-wah pedal, and my dad said, “There you go, mess with your sounds.”

Since then, I became fascinated with being able to manipulate the sound of the violin. If I really look at it, that was sort of the jumping off point for what sparked that interest.

That’s a very expressionist approach, in fact, the violin on Violinvocations sometimes sounds like a living, breathing thing.

I like that analogy very much. I’m totally fascinated with visual media like painting and photography. Right now, I’m trying to put the same limitations visually on myself as I did sonically by making videos for about five of the eight tunes on Violinvocations, and I’m trying to do it only on my iPhone. You can do all these weird processes with just your iPhone and I’m fascinated with the possibilities.

But I’m looking at a painting right now as we’re talking and I’m looking at just the brushstrokes and there’s something amazing to me in that. I’m fascinated with painters and photographers and what people see and how they see it. In the same way, I like the breaking down of visual structure, sonically, there’s something I like about just plain noise, whether it’s organized noise or not. Either one appeals to me.

Hearing rhythm in the wind or in traffic or just a high pitched squeal or radio waves… Anything like that. I like taking noise whether I organize it or not. Hopefully, a bunch of that is realized on the record. I think there’s so much to be taken from other mediums, other artistic milieus and I find that inspires and informs my music. 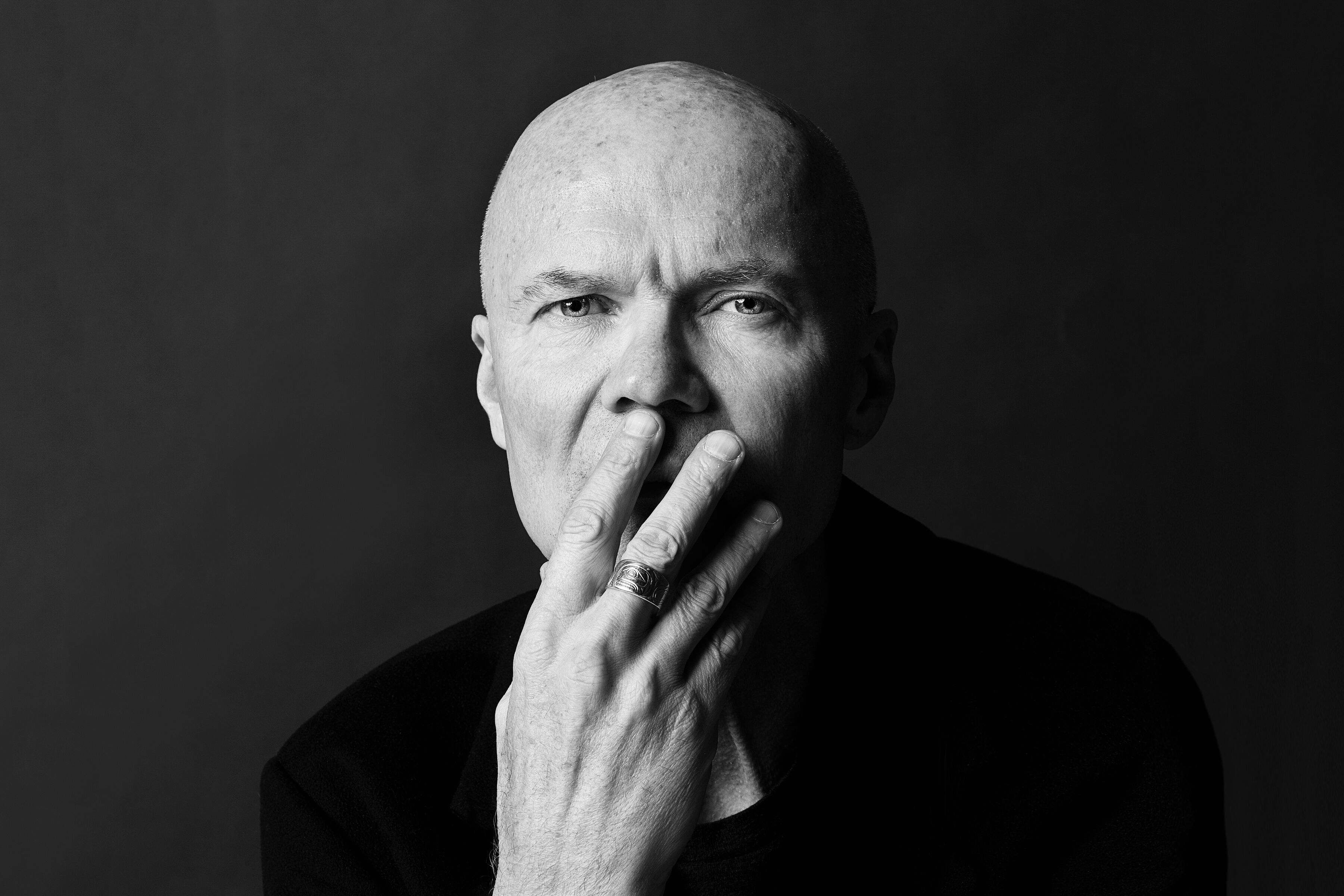 What are the benefits of limitations on creative processes?

Nowadays, you can record on your phone and you can put out an amazing record on just your laptop. The problem is, it’s not limited – you could multi-track for days. There’s unlimited processing power and there’s unlimited plug-ins, so, sometimes it’s really good to set parameters.

I think if you restrict your palette to a certain degree then you have to become creative in other ways. For me, it was finding more interesting extended techniques on the violin acoustically that would react with the processing that I was using. I think we’re living in a golden age for processing as far as effects are concerned. There are so many brilliant pedal makers that are really searching for new sounds in the same way as the composers I mentioned earlier. They’re not just trying to make another wah-wah or fuzz pedal. They’re searching for new ways for pedals to interact musically with instruments. That’s something that has always fascinated me and hopefully gets used to good advantage on this record.

Given that you worked on this project on your own, did you feel, as one of the title of the tracks on Violinvocations, alone but not lonely?

Well, I had also ended a long term relationship at the time so you’re probably hearing a lot of that in there. These things were meditative and slightly prayer-like. I was also working with John Hassell at the time on his album, called Listening to Pictures, so there’s a lot about his music that affected me in a way too. Having said that, I was essentially alone.

I say the word melancholy is sort of draped across Violinvocations but I don’t find that a bad or sad word. But there was something about just going through this routine and trying to get to something. I wasn’t lonely at those points; the idea of searching for something out of the air was my companion.

Was “invocation” part of the process as the title suggests?

Well, I think I was just trying to be clever with that title… But I do think tall music in a way is meditation. When I’m playing, I know I’m doing my best when I am lost. You could have the smallest kernel of an idea and then open your eyes and it’s four hours and a half later. To me, it’s the best place to be.