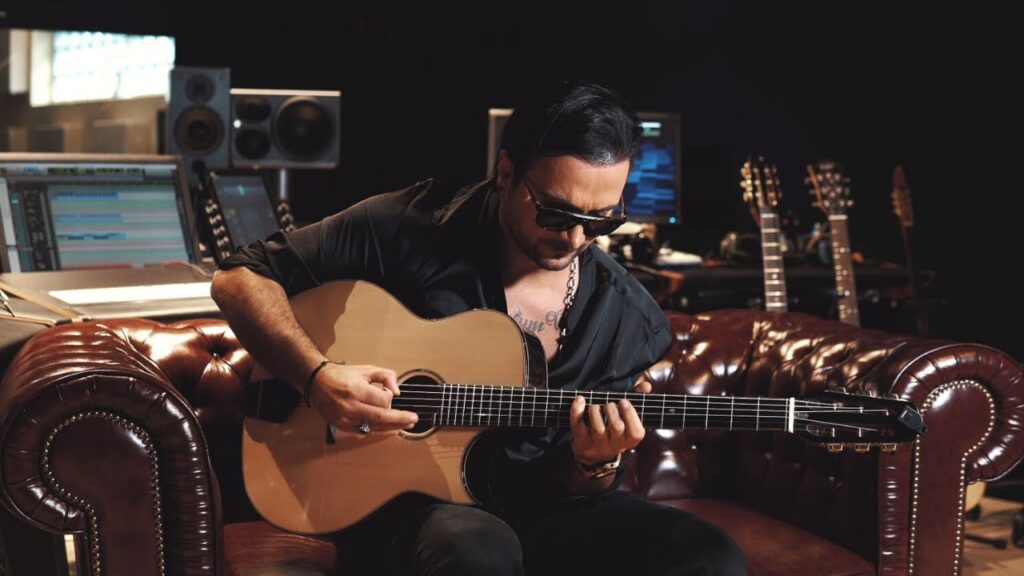 With his CD debut as a virtuoso on the saz twelve years ago, Hazar amazed the entire string world. It took him almost two years to switch to the acoustic guitar – and the phenomenon could repeat itself. His roots are in Anatolia, but Hazar has now spent half of his life in Germany. In Maastricht, the unanimous decision of the university board gives him the opportunity to complete his master’s degree in jazz with the saz, as the first person in the world. He then achieved high recognition for his style of play on the saz, on the album Virtuoso in 2009, which effortlessly pushed the boundaries of what was previously thought to be possible. One of his idols is Paco de Lucía – on this saz debut he also fulfills his wish to play with Paco’s long-time band colleagues Carles Benavent and Domingo Patricio. This is followed by publishing a book about saz playing and establishing his own saz academy. But soon the artist was pushed to make a new start: after switching to acoustic guitar, he now returns to his “second career” with remarkable virtuosity.

Hazar, is the change from saz to guitar so serious that you can really speak of a reincarnation?

Hazar: I had myocarditis last year in May and had to lay down for six months. It was a shock when I learned that I would not be able to play an instrument for a very long time. I was certain that afterward, I would never be able to play at the same level again. In November my cardiologist gave me the green light and after six months I was allowed to play the guitar again. Miraculously, I could play everything as well and precisely as before. It’s still a mystery to me how this is possible. And that was like a reincarnation to me – hence the CD title Reincarnated.

What was the incentive to switch to acoustic guitar?

Hazar: Interestingly, until 2015 I never thought about playing another instrument. Only when I talked to John McLaughlin about my album ‚Virtuoso’ he said that I should definitely play the guitar, because the ability to show my talent on three strings is limited. But it wasn’t until the summer of 2018 that I decided to play the guitar. As long as the instrument is able to convey your own story, it doesn’t matter which instrument you play. The guitar has led me on a new path that is indispensable for my musical journey. The decision was not only based on John McLaughlin’s statement. I think I had nothing more to tell with the saz, after playing Paganini’s Caprices on three strings, I was looking for a new challenge. Of course, I cannot rule out playing both Instruments on stage one day.

Since you designate Paco de Lucia as a formative influence – the question arises why you didn’t switch earlier.

Hazar: Paco de Lucia will always be my hero as one of the best guitarists of all time. What fascinates me most, is how he took his traditional flamenco into a completely different dimension by combining it with jazz. That is also why I wanted to combine my music on the saz with jazz – already since 1998 after a concert by Paco De Lucia in Karlsruhe. Back then, as a student I had to think for a long time about buying an expensive ticket. In the end, it was the most important decision of my life.

What was your approach to the saz and how can you even play jazz on it? 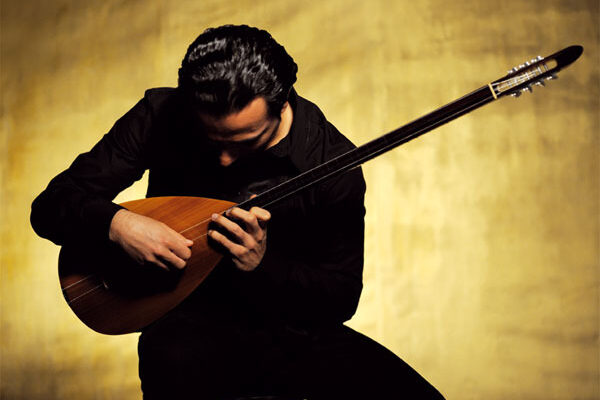 Hazar: For years, I have been working on improvisation concepts with microtonal- polyrhythmic music. It is these microtones that make it difficult for beginners to understand how to transfer notes to the saz. Therefore, the simple idea in my book was to offer tablature in addition to the notes. The saz isn’t really made for complex chords and key changes, but if you are crazy enough, you can try it.

Let’s talk about your current album: How did the choice of repertoire with jazz standards come about?

Hazar: I also wrote my own compositions, but for my first guitar album I chose pieces that meant something special to me in certain parts of my life.

How did you come to work with Michael Sagmeister as a supervisor?

Hazar: Michael Sagmeister is not only an excellent jazz guitarist, but also a professor of jazz guitar at the university in Frankfurt, he also taught at the Berklee College of Music.

I met Michael in 2018 and learned the basic information about bebop and jazz guitar from him. Except for the sessions with Al Di Meola, he was involved in all recordings. Working together was not always easy, because we are both stubborn. Michael expresses his opinion very directly and honestly. There were moments when he bluntly stated what he did not like at all; but also those where he said: “This is great, not even I could play that.” In the end, we always found a solution together. I kept his offer to play along, as a credit so to speak, because I would like to record an entire album with him.

How did you get together with Al Di Meola, have you played together before?

Hazar: Al Di Meola is a legend and to me, he is one of the best guitarists in the world. It was very special for me, not only to have him as a star guitarist on the record, but also to get to know him as a person. I was very impressed about his professional and friendly manner. When we recorded Chick Corea’s ‘Spain’, he took the time to carefully arrange the piece. And the special thing was that in addition to the guitar, he also played the percussions. One day later, he even came back to the studio and wanted to listen to the recordings again. That showed me how precisely he works. Through a mutual friend, Al saw a video of me playing the Caprices of Paganini and jazz standards on three strings. He was so excited that he not only participated in the album, but even offered me to participate in his own project. It was an honor to play with him.

Tell us about the studios you played in.

Hazar: I like listening to Miles Davis and even gave concerts all over Europe with the saz as the soloist of a big band for the 50th anniversary of the album ‘Kind of Blue’. I believe in the spirit, so we recorded my album in the studio where Miles had recorded his in 1991. For the mastering I decided to work with Andy Walter in the Abbey Road Studios. Andy said, it was the best guitar album of the past ten years.

Which guitar did you play on the new album?

Hazar: I had a certain idea of sound and aesthetics, and then I suggested a model to Jürgen Volkert and asked if he would build it. Jürgen was so pleased with the result that he dedicated the model to me – so of course I did the recordings with my Volkert Guitars signature model.

How did you learn to play the guitar, how does your everyday practice routine look like?

Hazar: Personally, I do not believe that I have learned it yet – but I am making progress. It’s a never-ending story, you learn during your entire life. It may be strange, but whenever I pick up the guitar, I feel like I’m playing for the first time. So it’s never boring. You should practice continuously up to a certain level, but everyone has to decide for themselves when the time comes.

Which tips would you give students, if they want to be as virtuoso as you are?

Hazar: I think that you must have a concept and work on it in a disciplined way to understand the music. Be patient and practice slowly in order to play virtuoso – that’s my motto.

Are there any concrete plans for the future that you would like to talk about?

Hazar: We recorded great videos of the album pieces for guitar fans so that they can replay them.