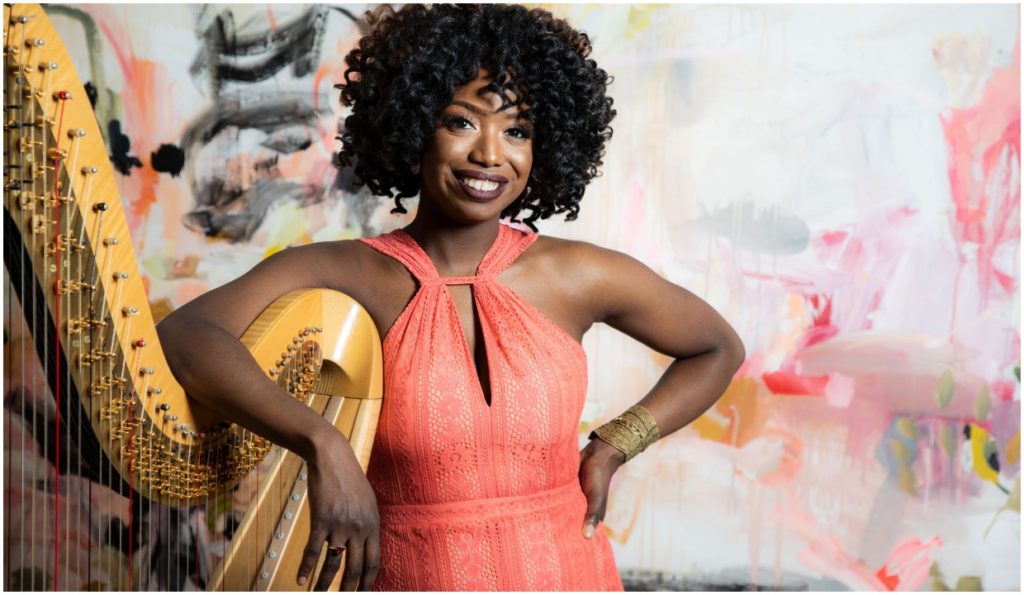 Genre-defying harpist Brandee Younger’s fourth album, Soul Awakening, is a collection of eight unearthed gems surfacing years after they were originally recorded, that blend freewheeling improvisation and spiritual jazz with classical and experimental music. Produced by acclaimed bassist Dezron Douglas and featuring such first-rate musicians as saxophonists Ravi Coltrane and Antoine Roney, and drummers Chris Beck and E.J. Strickland, among others, Soul Awakening is out June 7 and includes some of Younger’s first compositions, as well as heartfelt tributes to harp pioneers Dorothy Ashby and Alice Coltrane, and more.

Younger spoke with JAZZIZ about the process of making the album and rediscovering its music years after it was first recorded. She also talked about how she started playing the harp and the challenge of experimenting with more modern sounds and genres, including jazz, hip-hop and pop. Below is an excerpt of our conversation, which has been edited for length and clarity. You can also listen to a premiere of “Love’s Prayer” from Soul Awakening, featuring Ravi Coltrane, via the player below and click here to preorder the album.

JAZZIZ: When did you first start playing the harp?

BRANDEE YOUNGER: I came to the instrument because a woman at my dad’s job played it as a hobby. My parents thought that because I played the flute, it would be a good idea to bring her over to the house and we’d play some flute and harp duets. When I became interested in the harp, she recommended a teacher that was good with kids. Boy was she right! It was Karen Strauss, who I’m still very close with. She had me learn the basics and as long as I learned all my classical music and my method book and all that stuff, I’d come in with my cassette tapes and she would write some of the pop songs that were on them. So I was really able to have the best of both worlds. She allowed the learning to also be fun.

What prompted you to make that transition from classical to more modern music?

To be completely honest, I didn’t plan on playing for a living. But as it became more of a reality, I wanted to find a way to satisfy myself and play my instrument well. I already knew what I didn’t want to do – I didn’t want a full-time orchestral career. I always loved chamber music, so I always wanted small ensembles to be a part of it. I also loved pop music and hip-hop. I wanted to not only enjoy what I was doing but also to make music that people like myself would be interested in hearing. I feel familiarity is something my audience appreciates with a lot of my music. A lot of my music is a combination of what I was taught to play and what I listen to.

Is it difficult to do that?

On a musical level, the answer is yes. Some things just don’t work. Some things I absolutely need bass and drum for and, honestly, the rhythm section plays a big role in my sound. On a professional level, because I never sought out everything I now have, it’s just icing on the cake.

Is it difficult to improvise on a harp?

Absolutely. The harp is a diatonic instrument. It’s sort of like the white keys of a piano. Every time we have to change key or play a note outside the key, we have to change pedal. This is why you don’t see harpists playing “Giant Steps.” It’s funny because Gary Bartz recorded “Giant Steps” on his album Love Affair with Dorothy Ashby. It was really cool to talk to him about it. He told me he’d just say to her to come in and out as she pleased, because “Giant Steps” is basically constantly changing key every bar.

Also, for me, modal music is for the win. Modal music is always helpful. But some things, I approach like a piece of classical music, where I just have to learn things note for note in order to execute it.

Were there any key figures who helped you overcome some of those challenges during your formative years?

I feel like I’m forever in my “formative years.” But Soul Awakening really has many of my mentors on it. Antoine Roney and Ravi Coltrane have been huge mentors to me. And then, there’s Dezron Douglas, who produced the album. So yeah, nothing happened alone, I’ll tell you that!

The title of this album, Soul Awakening, evokes a type of spiritual journey. Is that the process you feel you went through while making the record?

Absolutely! At the time, I didn’t realize it but looking back, absolutely. I was initially hesitant to put the record out and it was Ravi Coltrane who made me look at it differently. He said a record is literally a documentation of where you are at that time. As a musician, one of the hardest things to do is to get out of your own head but looking at it that way helped me realize it was time to put it out there. And it was literally a process of getting out of my own head and go, “This is where I am now and it’s not where you’re going to be next year, and the year after that and the year after that.” So, for the title, I used the original title of the first track, a Dezron original, which he retitled to “Soulris.” In coming to a title for the record, I just couldn’t find anything more fitting. 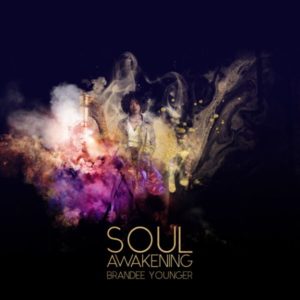 Was your hesitance the main reason why you did not release Soul Awakening right away?

There were many different reasons. At one point, it was my hesitance. At one point, I just didn’t have enough music. That’s why we recorded it in two sessions and in two different years. Then, I did a live album because I needed merchandise but also because I didn’t want to just haphazardly release a studio album. After that, Supreme Sonacy happened.  And then, after that, Anne Drummond the flute player told me she wanted to record an album just like that. So, we recorded Wax & Wane with and that took about a year and a half to complete.

So, all that kept pushing Soul Awakening further down. That and the fact that I’m self-released, so I’m always doing everything myself. Finally, late last year, I said to myself that it was time. But I never meant for it to reach the three-year mark before I released it.

What was it like to rediscover the music on this album?

It was one of the reasons I decided to finally release it. A few of the songs on it, like “Respected Destroyer,” “Games” and “Blue Nile,” I perform on a regular basis. They’re in my regular rotation with my band. But with the other songs, I did take a big vacation of not listening to them for years and it was fun to rediscover them. It was interesting because I’m in a different place than I was, career-wise. Also, I never studied composition in school, so these are some of the first pieces I ever composed. It will be interesting to hear play them at the album release concert because we haven’t played the songs for so long.

The tracklist on Soul Awakening includes Dorothy Ashby’s “Games” and Alice Coltrane’s “Blue Nile.” How much would you say they influence your music?

They’re my biggest non-living influences musically and culturally. When I was younger, I used to run around in school with my Alice Coltrane CD, listen to it on my portable CD player. I wanted to know more about her, I wanted to meet her… I wanted everything Alice Coltrane. And this was before the internet. With Dorothy Ashby, it was even more difficult because there was less available on her at the time. To this day, a lot of my time is spent trying to learn and study them as people, as women, as musicians and as harpists. For someone like Dorothy, who literally had eleven albums as a leader and so many people still don’t know about her. I feel like people need to know about their music and for me, it is a total point of passion to make sure they do.

It almost feels like the potential of the harp in music other than classical has rarely been tapped. As someone who works to counter this trend, do you think there are any challenges that prevent this instrument from playing a more prominent role in modern music?

I know a lot of harpists that are doing a lot of great things off the beaten path. What I do is very specific. I’m in the lane of jazz; I’m in the lane of pop music. But there are difficulties. If you look at what Dorothy was doing back then, she was on Earth Wind & Fire records, Bill Withers records… Part of it is because it was more commonplace to have live instruments back then. Nowadays, with so much produced music and electronic-made music, there is a tendency to shy away from using live instrumentation.

Also, physically, the harp is the hardest thing to move around. I used to really hardcore bring my harp anywhere. Places like someone’s basement studio, down the steps, for a middle-of-the-night session in Manhattan or Brooklyn, with strangers and people I never met. Nowadays, I record from home a lot and it’s logistically easier for me. I don’t really have to do things I used to do and could have ended differently. But I did it all for the music.