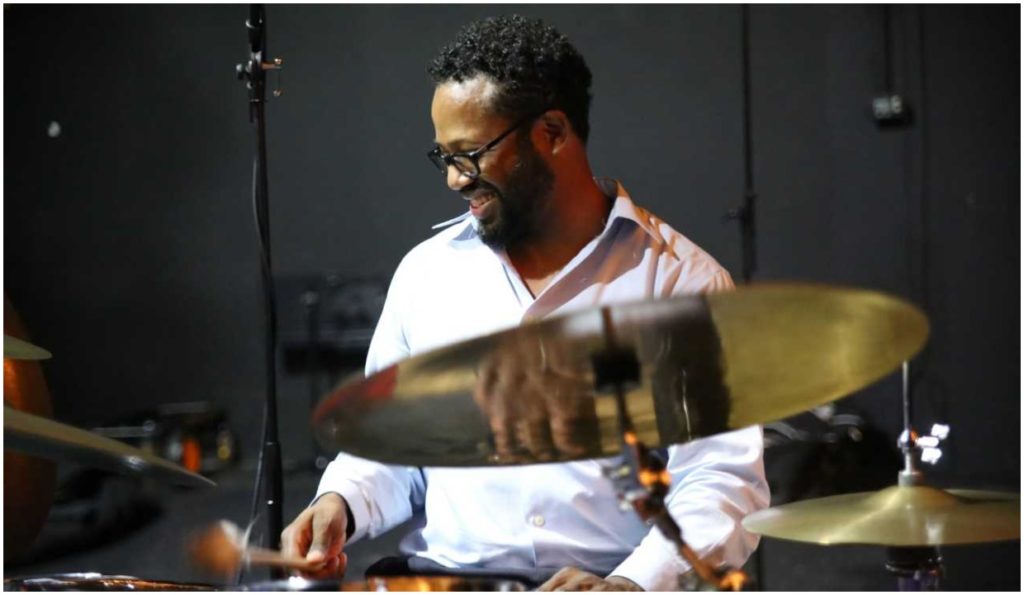 Drummer, composer, activist and educator Mark Lomax, II, released his monumental new project, 400: An Afrikan Epic, on January 23. The stunning 12-album cycle traces the epic history of Black America, not only during the 400 years from the beginning of the Transatlantic slave trade in 1619 but back through thousands of years of history on the African continent and into an optimistic future for the African diaspora. It tells the story in three suites,  and in settings as fundamental as the drum, through the visceral improvisation of jazz interplay and the bracing architecture of modern classical composition.

Lomax spoke with JAZZIZ about 400: An Afrikan Epic, the culmination of a lifetime of musical and historical study. Below is an excerpt of our conversation, which has been edited for length and clarity. 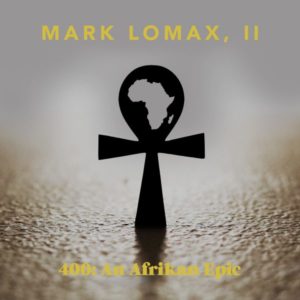 JAZZIZ: When did you discover you passion for Black history?

Mark Lomax, II: My parents have both traveled to Africa and my father has been there extensively as his scholarship of academic studies have taken him there for both lectures and research. So, I was engaged in that history from an early age. My work as a composer has always been inspired by African and African American culture. I’m very passionate about it but projects like [400: An Afrikan Epic] are not passion projects. I feel it’s a duty and a responsibility I have as an artist to tell the stories of my people that we don’t often see in the mainstream. In order to heal, you have to have an understanding of who your ancestors were before slavery. As Stokey Carmichael said, if you begin your history with slavery, you can never rise above it.

How can music tell those stories?

History has always been present in the works of composers and musicians. For African Americans, jazz – to use that word, which I don’t prefer but understand – is an extension of the role of music in the Western tradition of the jolly, whose function it was to literally be the bearers of their culture and to help their culture learn about itself through music, drumming, song and dance. They praised the leaders of their culture by singing the history of their ancestral lineage, their great deeds and what have you. For us, that’s American retention. That’s something we brought with us as we were stolen away from Africa.

You see this cultural awakening in mainstream “jazz” in the 60s, where musicians like Pharoah Sanders and John Coltrane looked to Africa for inspiration – spiritually, musically and aesthetically. If you think about the blues, that’s nothing but storytelling through song. Charlie Parker once said you have to play the music you live. Essentially, he was saying you have to live it first and then it can come out of your horn. At a certain time, musicians were playing music in such a way that was a reflection of the lives they lived and they saw lived around them, to the extent where it became an academic exercise. At some point, the music got removed from the people and I feel like this art form is far too important not to have some kind of visceral relevance to the listener. So, I decided very early as a teenager that my work would be connected to the culture in such a way that people not only see themselves but they would hear themselves in the narratives of the music.

Do you think artists tend to sacrifice their integrity by entering the mainstream?

I think they do in the current situation. There are a lot of amazing musicians who are out there touring and their faces are on the covers of magazines that I think on some level or another have to make decisions based on the commercial viability of their work in order to maintain their status. That’s the choice they make. It’s neither right nor wrong but it’s a choice I personally am unwilling to make. When I released my first album, I didn’t do it for the purpose of selling records. I did it to document a composition or a thought that I felt was important enough to invest time in on my own. I didn’t start with the idea I would be signed to a major label and go Marsalis-status. If that happens, great! But I’m here to tell these stories and do it in the most honest and authentic way possible. 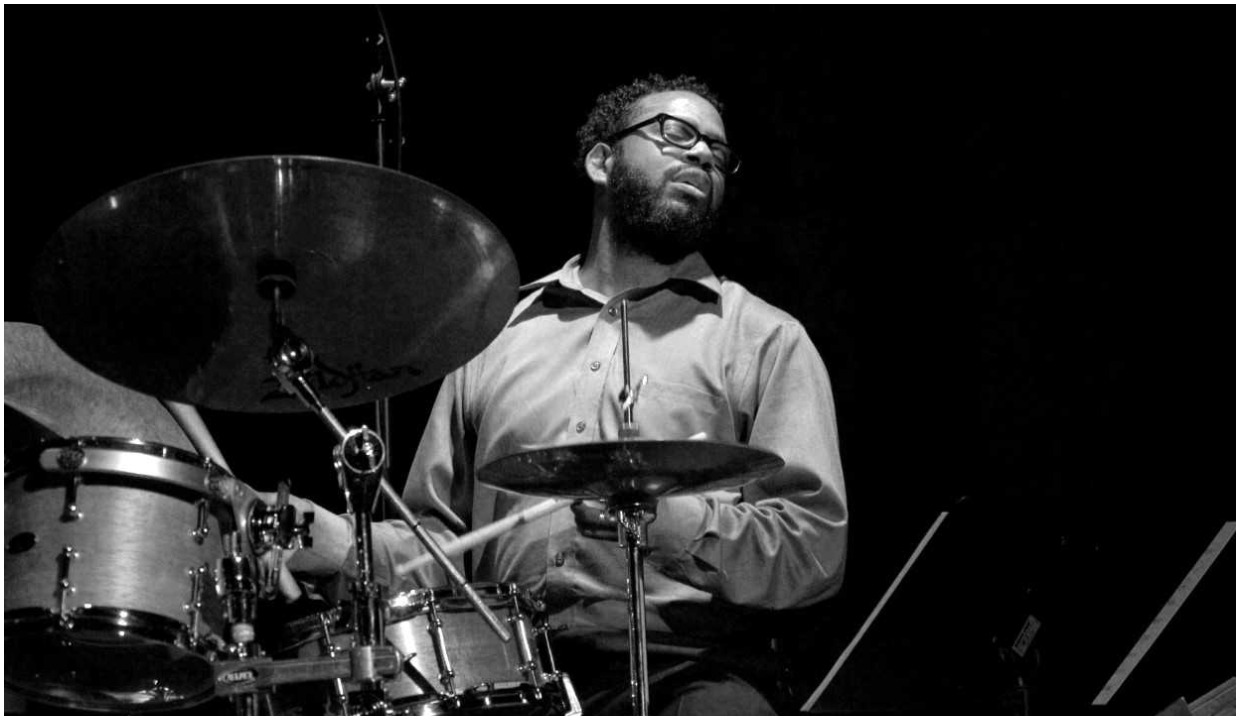 How do you make sure your music and the message connects with the audience?

I always want to make sure that the narrative structure of the work is such that the audience can understand it. I believe you have to use every tool available to serve the narrative and everybody in my ensemble believes that – whether it’s Dr. William Menefield on piano, Eddie Bayard on saxophone or Dean Hulett on bass. We all have various experiences in terms of black music and organically shift in the direction the listeners need to keep them grounded in the narrative and the work.

I also think, in considering the audience and communication, the blues vernacular is the strongest form of communication we have invented in the West because everybody can get it. We’ve played in rooms where you knew people weren’t jazz fans but after we play that first blues, we have the room because of the communicative power of that style of music. So, we try to base everything we do within a blues aesthetic to ensure that we are maximizing our ability to communicate with the listener. I think the blues, as an idea, is an expression of a culture more than it is an expression of a musical form because it is one of the easier forms technically to learn but one of the hardest forms technically to master because in order to master that form, you have to master yourself.

Is communication a goal of 400: An Afrikan Epic?

Yes. I only had three goals when struck by the idea itself. One was to complete it, to get all twelve albums done because that’s more than an ocean and it took a lot out of me. The second thing was to create a work in such a way that it really did ignite conversation and engage people in ways that maybe they hadn’t been engaged with respect to where they are within their own community and how they might work together in a community to create substantive social change for the good of everyone. The third thing was to get this in front of as many people as possible.

If you look at the story of Black America, there was a time when we were in command of our destiny for all intents and purposes – prior to colonialism, slavery and European imperialism. But in America, a lot of black history starts at 1619 as if we had always been slaves – but we weren’t! The idea is, you have to remember a time when you were most healthy, happy and whole. Then, you have to also accept the darkness, accept the time of pain and tragedy – what we call the Ma’afa. Accept that it happened because the strength that it took to survive not only created in my opinion a new ethnic group, the black people of America who are genetically but not culturally connected to Africa but also created one of the strongest groups of people in the world because no other people have gone through 400 years of oppression in that way. It’s a dark, painful, tragic past but it’s something to celebrate because we’re still here and that means that we have the ability to now create a future based on this new strength we found that allowed us to survive that whole ordeal from 1619.

How is that message structured on 400: An Afrikan Epic?

It’s structured in the same way I initially envisioned – past, present and future. Alkebulan, the first section, is named after one of our words for Africa. It’s the story of us from the time when we were healthy, happy and whole. No people were perfect but we knew who we were. The middle section, Ma’afa, has to deal with the 400 years from 1619 to 2019. The final section, Uhuru, is really Afro-futurism, and the idea is to project the next 400 years into the future, where we are optimized human beings working for the good of all. That’s kind of how the thing is structured. 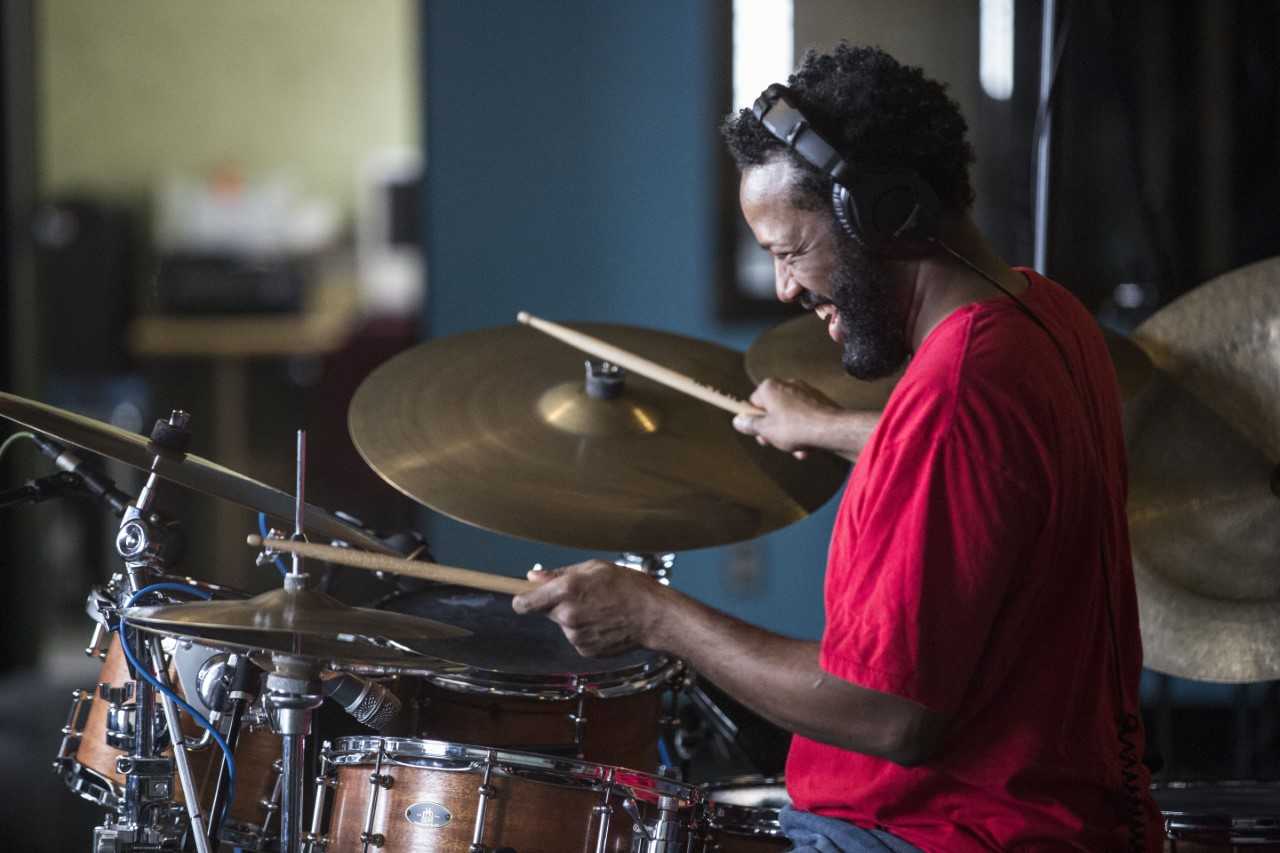 400: An Afrikan Epic includes your 40th album and is released on the year of the 400th anniversary of slavery and your 40th birthday. Coincidence?

It did seem right but there was no thought of my 40th birthday when I thought about the idea itself. The math just worked. It was weird. I believe that in that moment of meditation that allowed me to understand I could do this work, I was given the task by my ancestors because when the number 400 popped up into my consciousness, I called around and it was on nobody’s radar. I then accepted the task, the mission of telling the story in any way I could and didn’t initially plan to do twelve albums. I thought I was just going to write my first symphony and the three movements of the symphony in the macrostructure were past, present and future. But then the ideas kept flowing, man! Each section had four smaller subsections and when I started looking at that structure, I said: “These are albums!” So, I started to compose and started to get commissions and we started to have performance opportunities where I could use the materials from  those performances, which meant I could get a recording where the musicians would be paid by the venue, and I didn’t  have to pay for the recording but the venue would allow me to record. Things just started moving.

I finished editing, mixing and mastering the last album on Demeber 27 [2018]. My priority was to ensure that we produced the most authentic product possible and the music wasn’t the hardest part. In a lot of ways, it was people who either didn’t believe we could do it or questioned some of the aspects of the narrative. But I feel like everything was ordered in the way it was because of the spiritual nature of the narrative. We believe in the African tradition – and I use that generally – that our ancestors are with us. They’re present now and they help us in various ways. I believe that I’m in communication with that level of energy, the ancestral spirit. I believe the ancestors gave me this mission and when I said, “Yes, I’m determined to get it done by any means I could,” they then helped order the process and paved the way for it to be completed. So, there were challenges but, in every case, we overcame those challenges and I’m very happy with the work as it is.