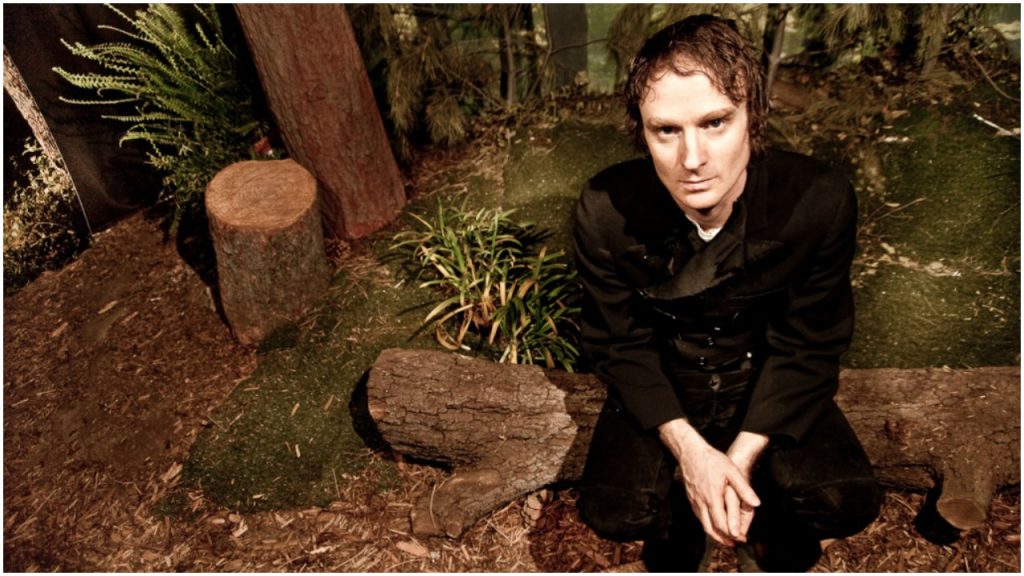 Ethan Gold is a performer, songwriter, producer and multi-instrumentalist with little time for categorization and genre boundaries. His latest collaboration with his film director brother Ari Gold, writing the score for The Song of Sway Lake – which stars Rory Culkin and Rober Sheehan – finds Ethan delivering both an original score and original songs inspired by the nostalgia and setting of the film, as well as the vocal jazz music of the ‘30s and ‘40s.

The music is important for this film not only in conveying its central themes but also as an important element of the story, which is that of a young music collector (Culkin) who believes that a secret World War 2 era hit, “Sway Lake,” will both magically boost his confidence with women and redeem the legacy of his father, who committed suicide on Sway Lake. One summer, he recruits his only friend, a rowdy Russian drifter (Sheehan) to help him steal the record from his family’s glamorous lake house.

The soundtrack for The Song of Sway Lake was digitally released on September 21 via Lakeshore Records. JAZZIZ spoke with Ethan Gold over the phone about the process of working on the soundtrack and with his brother, as well as his relationship to the music of the ‘30s and ‘40s and more. Below is an excerpt of our conversation, which has been edited for length and clarity.

JAZZIZ: How would you describe your collaborations with your brother?

Ethan Gold: I’ve been making music for my brother since his shorts in film school. Working with a sibling is both rewarding and difficult. We argue quite a bit but I end up getting very involved in discussing the meaning of a film. So when I am making the music, that conversation comes into my work and affects what I’m doing.

That was done I think because it was Ari’s way of honoring that I was with him through the rather long editing process that this film went through and its transformation, from the first cut to how it ended up being. But we also found that because for the songs I made great effort to make them sound legitimately like songs from the ‘30s and ‘40s, during our festival run and even after seeing the film and the Q&A, people didn’t seem to understand that I had created them.

Were you happy that audiences weren’t able to tell they were new songs?

Yes, because that was the goal: to make it emotionally resonant with the film but also make it convincing. Nobody wanted to have this whole film centered around finding a record from 1939 and people pretending that it sounded like old music. It really needed to be convincing. So, it was gratifying. The only frustration for me is that because it’s a unique asset for this tiny labor-of-love film, we wanted people to know that this is actually original music.

The songs are central to the story of the film. How much did you know about the story when you wrote them?

When Ari asked me to do the score, I had already seen the first cut, and by the time I started sending him demos, the film had already changed very significantly. Initially, I wasn’t doing any songs for the film and they were using sourced music for those key moments in it. But I presented the case that for a small budget film like this, from a creative perspective, it would give me an opportunity to make original music that would build an emotional resonance that we couldn’t possibly get out of even the most wonderful recording from the ‘30s and ‘40s.

Are you a fan of the music from that era?

I am not a huge aficionado of the music of that era. I certainly have a wide range of tastes but I tend to like jazz that’s not vocal. That was one of the reasons why it took some convincing I needed to do with my brother and the producers of the film. But I believed that as a songwriter I could tap into any era because I focus on songs as songs. I feel songs can be transformed in any number of ways but if the core meaning and melody of them and the words are all resonant, then we can stretch that in whatever it needs to be.

What other things did you connect with to write the title songs?

I can find a connection to music as a songwriter whether or not I’m connected to the inspiration because music has its own emotional force. When I was writing these songs, I knew the story completely and I very much embedded my understanding of the meaning of the film in them. I was connected to the story not only because of the sibling connection but the sense of nostalgia and longing that is a strong aspect of all its characters. But the song also had to be realistic. One of the two versions had to sound like a song that could have been a hit in the late ’40s, that plays as a post-war razzle-dazzle hit record from an overconfident America, so the lyrics needed to be able to play in that form as well as have all the resonance of what the story was about. 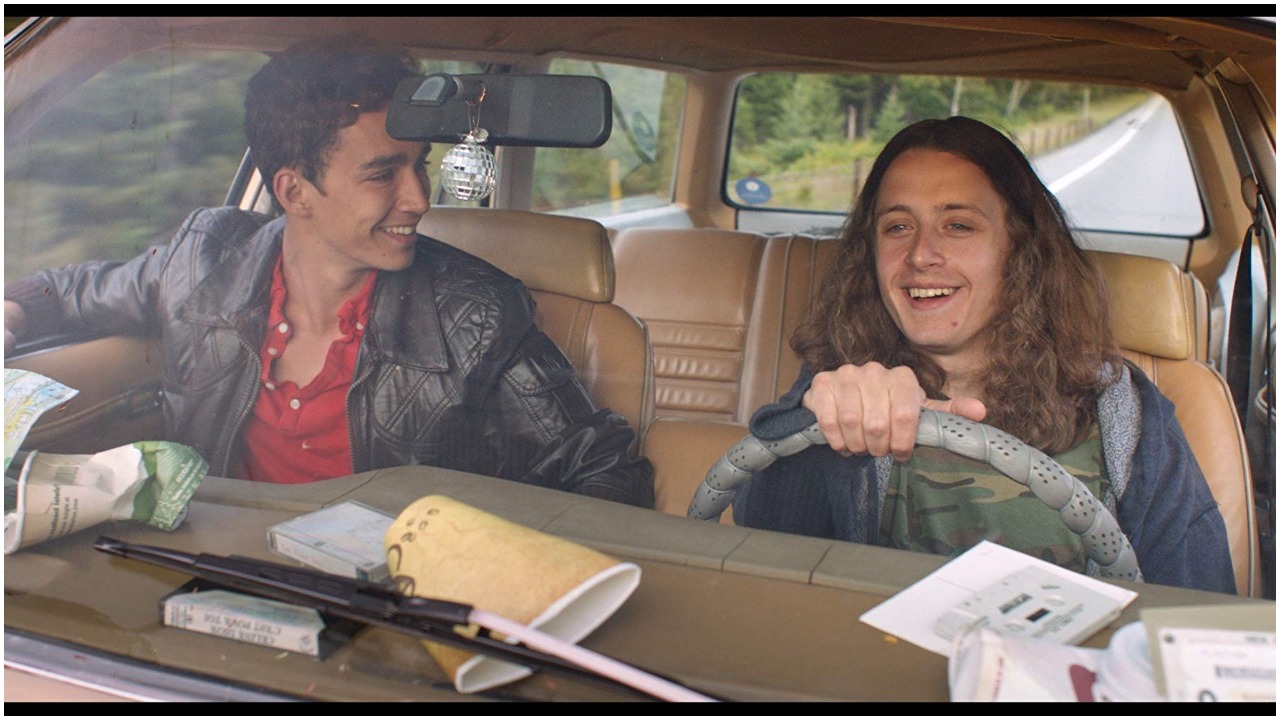 Are the visuals also important?

Certainly. In this case, it was particularly the look of the lake and the way water drips off the trees in the morning in some of those beautiful shots of the forest and the lake in the film. There’s also a flavor that comes through the lake itself that was a wider perspective that the characters don’t necessarily know and maybe the songwriter, that I’m essentially playing by writing the songs, doesn’t necessarily understand. But the imagery of the lake has a kind of aspect of the wisdom of nature as well as the characters’ struggle to find their presence. So, it’s a combination of nostalgia and nature.

Do you visualize music in general?

For me, making music is its own three-dimensional five-sense experience, so I would hope that the music evokes visuals. That if a blind person were to hear the music, they would hear the mornings and the lake and the yearning and the nostalgia and pain for the characters just through the music. I see the music, in a sense, as a visual medium.

For this score, you collaborated with lots of great artists. Can you tell me what impact some of them had on the final work?

Probably the person I should mention the most is Jenna Leishman who did arrangements for the two songs. She’s an English jazz composer-arranger who lives in New York and she was very helpful with hooking us up with players in New York as well. Then there’s a guy named Steven Bernstein who contacted the players that I hired for those song recordings, so Jenna and Steven were instrumental for getting those songs right in the studio and bringing in players they knew could get the right jazz tones that we were going for.

Particularly for the John Grant version, that tone was a slight thing. There was a specific late thirties sound that my brother was very keen on capturing. And John was brilliant. We flew to Iceland to record him. he came on after the track was recorded and we had been searching far and wide with somebody we thought could bring the wonderful energy he did to it. I think it was exciting for him to be able to do something that was somewhat out of his normal wheelhouse as well.

I would say another important player for the score was John Hassell, a trumpet player who has a completely unique approach to the trumpet and I liked the slight resonance of jazz that the trumpet would bring. There’s an otherworldly quality to what he does that was very much a part of the color of the score. There’s also a lot of piano as well, and a lot of atmospherics and strange instruments that I was playing, and other contributors. Like Fred Frith, whom we brought in at a session. He doesn’t show up a lot, but there’s a couple of moments of tension in the score that Fred did some strange things. It was like he played his guitar with a paintbrush. Both he and John come from the experimental side of music so it was a pleasure to get them to do sessions that ended up in the score.

Would it be fair to say that the music for this film is quite different from your previous work?

Yeah. I did a synth record over the summer, I did an indie covers record before that, an indie rock record before that, and the prior soundtrack was deliberately cheesy eighties rock. As a songwriter, I don’t think about genre as much as maybe other musicians. For me, it’s all music. I have a fairly broad range of interests. Working on this film certainly meant going for a wider experience in terms of what the filmic experience would be. But the music-making itself was not any more challenging than anything else I’ve done. Finding it a meaning and getting this film right with Ari was the challenge, and an interesting and explorative process.