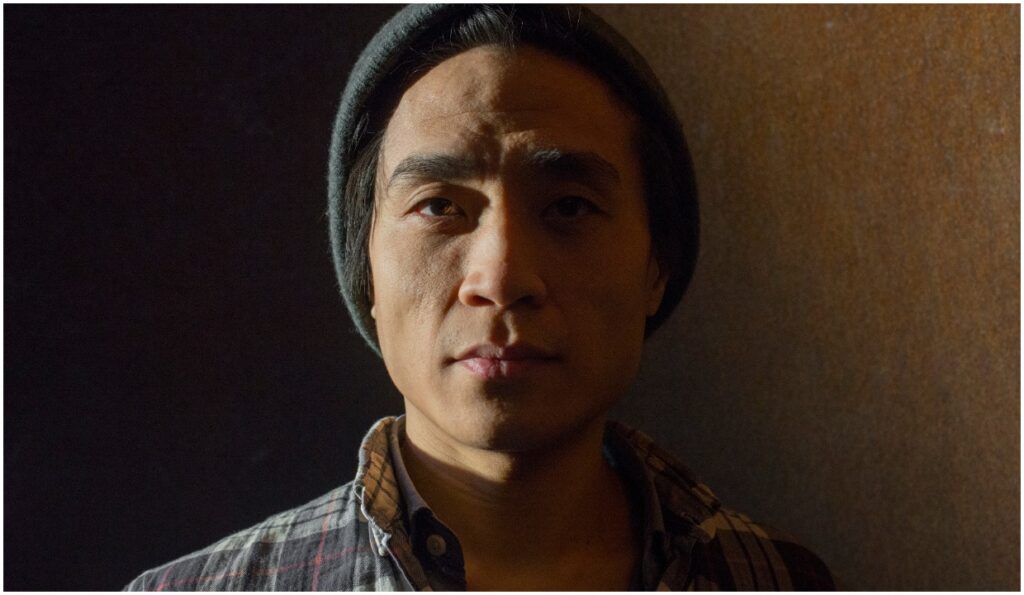 On August 28, pianist/composer Eric Pan is set to release Travel Poems – Chapter 1 – Secret Towns, the first album of his Travel Poems trilogy, made in collaboration with virtuoso sound engineer Brian Trahan. Travel Poems is a collection of 30 songs, ranging from the fully improvised to the through-composed, revolving around the concepts of both outward and inward travel. These songs were recorded on pianos across four continents and each track reflects where it was written and recorded.

JAZZIZ spoke with Eric Pan to talk some more about Travel Poems, some of the work that went into it and its driving theme. You can also listen to the premiere of “Foot of the Carpathians” from the album via the player below.

JAZZIZ: How would you describe the music of Travel Poems?

ERIC PAN: I think of it as music for explorers. After recording it, I found that the music itself had pushed me in the direction of a concept where the music is taking me places and so, through it, I want to take listeners to new places and to new experiences with it too. Because these pieces were composed in all sorts of different places and throughout travels. They were also recorded in different places.

And then, after they were recorded, I tried to figure out how to present the songs and experiment with sounds and soundscapes. So, on the album, you can hear different instrumentation but also soundscapes that are kind of narrative in nature. It’s almost like these found sounds create a parallel narrative to the music. And it surprises me that people sometimes resonate with these sounds as much as they resonate with the music.

Can you tell us more about the process of creating these songs?

It was super organic. The songs have an emotional thread running through them, which is me being somewhere far from any place familiar. What I started to do a while back was, I would carry a little instrument with me, even if it was just something that could fit in my pocket. So, for example, I’m in the rainforest in Costa Rica and then, there’s an idea for a song or just some experimentation. Musically, what emerged felt very influenced by the surroundings.

Over time, as I looked back on this collection of stuff that I had made when I was traveling, it felt like a collection of stories that could be told in different ways. I felt some could be recorded in a different place that was also far away from home; with others, I felt it would be nice to have some other musicians join me, and so on.

So, when it came time to actually make the album and put everything together, I was having conversations with my sound engineer, Brian Trahan, and we just had this idea of adding sounds. And we kind of started brainstorming about what kind of sounds would go with the music score. It was as if the music were a movie and that I was scoring that movie with found sounds.

Do you feel that your background in jazz helped you in this process?

This is a question that I am grappling with myself because when I’m playing music that I internally consider as jazz, there’s a very strong reverence for the traditions of jazz, even when it’s things like the swing and the groove, or certain sounds that we associate with the jazz idiom. But with this album, I didn’t have that mode of thinking.

So, in a way, it came from a place where it was more like dream-oriented improvisation. It was whatever felt natural in the moment. As for the through-composed material on Travel Poems, you can hear jazz-inflected voicings and certainly jazz-inflected melodies that come from whatever influences I have, and those came subconsciously.

So, the general answer to that question is that it’s connected to jazz through my lived experience or experience with jazz music. But then, I also personally hesitate to associate it with jazz, though it’s more jazz than any other genre by far. But that’s a tough question for me because it exposes the general question of what jazz is. And that question gets different answers from many people. Even luminaries within the jazz community have different ways of answering.

You’ve said that Charlie Haden is one of your biggest musical influences. What is it that you find so inspiring about his music?

I feel really compelled by Charlie Haden’s playing and composition. I feel there’s such a deep emotional connection, from the choices that he makes, that I feel like I can understand or somehow empathize with. How he’s able to express something from a deep source directly through the music, through his instrument.

There’s a certain purity that is almost stripping away jazz vocabulary or idioms, to the point where it’s just speaking in pure emotion. And that’s the kind of connection that I hope to tap into when I’m playing music. I feel like that’s really where the strength of what we do when we’re creating or expressing is. 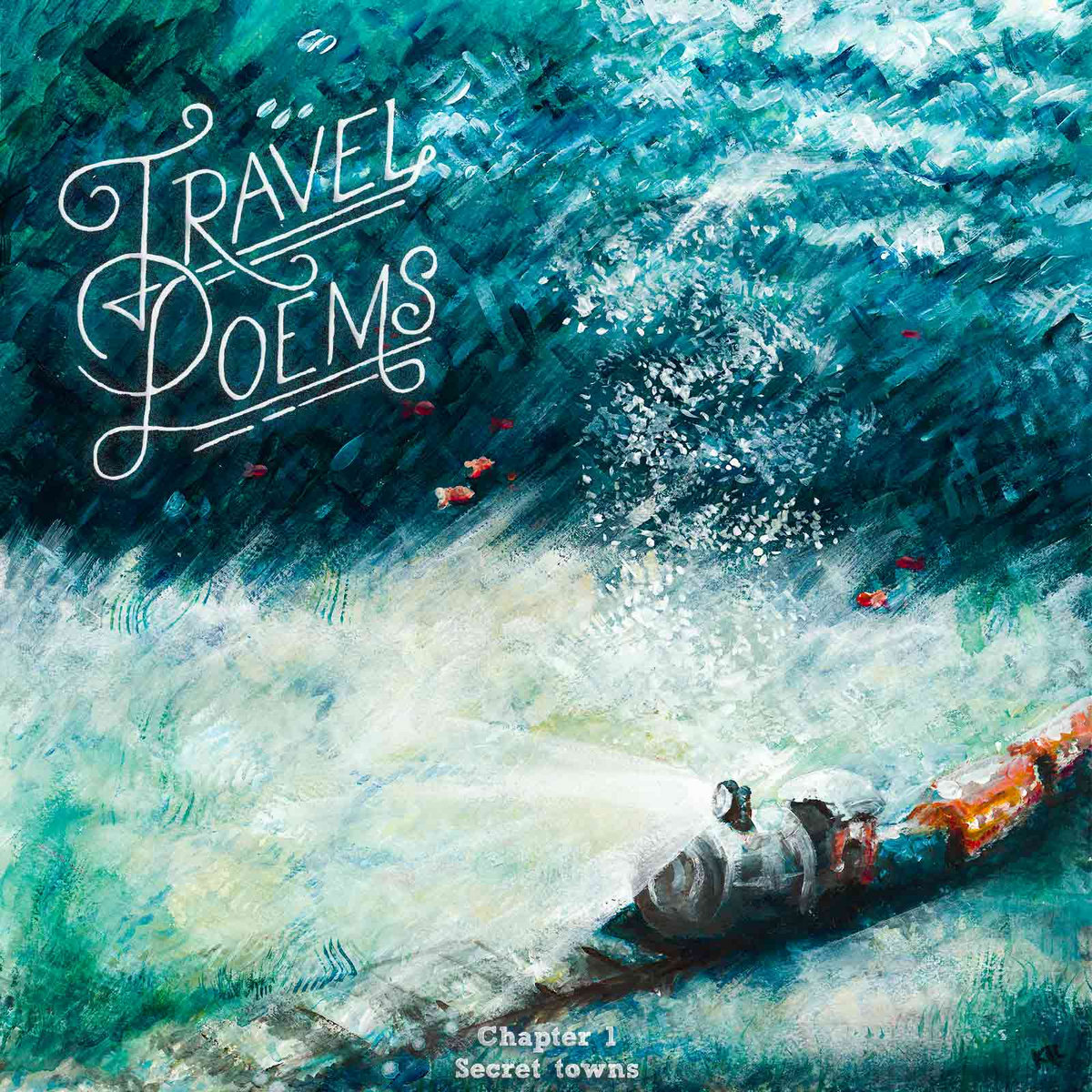 What can you tell me about “Foot of the Carpathians,” the single from the album?

For that one, the composition is almost non-existent. It’s such a spare structure. What happened was, I was just backpacking through Eastern Europe and I didn’t go into the Carpathian mountain range. But I fell in with a small bunch of Ukrainian nomads, who were really just going from village to village at the whim of the seasons in a small caravan.

I joined them for a day and a half and they were really gracious. I spent an evening with them that was like a storybook, with campfire and people singing songs in languages that I didn’t understand. I had a melodica and I was kind of blowing out some basic melodies. And it was my memory of the music that I was exposed to there with them that I brought to a piano later on.

So, what came out was more like a series of moods that seemed to me to reflect just this shifting sense of home. Because the song is kind of one basic route that’s being played all the time but the harmony is shifting.

Would you say that multiculturality is an important part of your music?

I think so. I actually haven’t thought about that so much because I’m someone who grew up all over the place, to begin with. So, in a way, I take multiculturality a little bit for granted because it’s just what I have experienced my whole life. So, in a way, I actually don’t know how amazing it is to have grown up in one place and having a strong sense of where you come from.

But I think that the flipside to the multiculturality thread for me is to see that the travel part that runs through the music is actually happening outwardly, as we move through the world, but also inwardly. So, when we travel on the outside we also travel on the inside. By having more experiences, we explore more of ourselves internally.

Why is Travel Poems a trilogy?

I think just because there was too much material to be just one album and when it was time to include the sound narratives, I kind of had three separate stories that I wanted to tell. Also, when it came time to the question of how to present Travel Poems, I also looked to the music itself and asked, “What does the music need or what does it want? What makes sense?” And that became the most natural.

I find there’s a tendency in the current times to think about music in terms of the single or the track that you can drop into a playlist. But actually, there’s a lot about Travel Poems that might not lend themselves too well to that because the sounds are kind of continuous. There is an experience to be had in listening through.

And this is something that so many artists also grapple with. We want people to listen to the album all the way through. We want that kind of control. But it’s out of our hands, so there’s nothing we can do either.

Are you planning to take Travel Poems on the road?

I would love to. There’s so much that it can be. Its concept has grown so much further than just the album for me and I am still a little bit surprised that it has gone in so many directions.

For example, the live show for this music involves live storytelling where, for example, I’m telling a story about being in a cave when it’s becoming night time and you can hear the waves crashing outside the cave, and you’re lighting lanterns in the cave for light and to stay warm. And it’s kind of stories like that, where they’re immersive and you can picture them immediately and kind of have the feeling of being there.

So, I’m telling these types of stories while there’s improvisation happening all around me. For example, during a particular story that’s a little more primal, I would have the drums playing and improvising while I’m telling it. So that’s creating an atmosphere that is being co-created by everyone. By me, telling the story. By the drummer making a soundtrack and a mood for that story. And the audience is co-creating it too because they are imagining the story with their minds.

Also, before the pandemic, I started to make physical installations to kind of present the music, where people can enter and explore in new ways. For example, a phone booth. Of course, right now it wouldn’t seem right to ask people to enter such an enclosed space. So, it’ll probably just hang out here in my house for quite a while. But I’m super excited to bring this kind of stuff to audiences. I just don’t know when it will be. 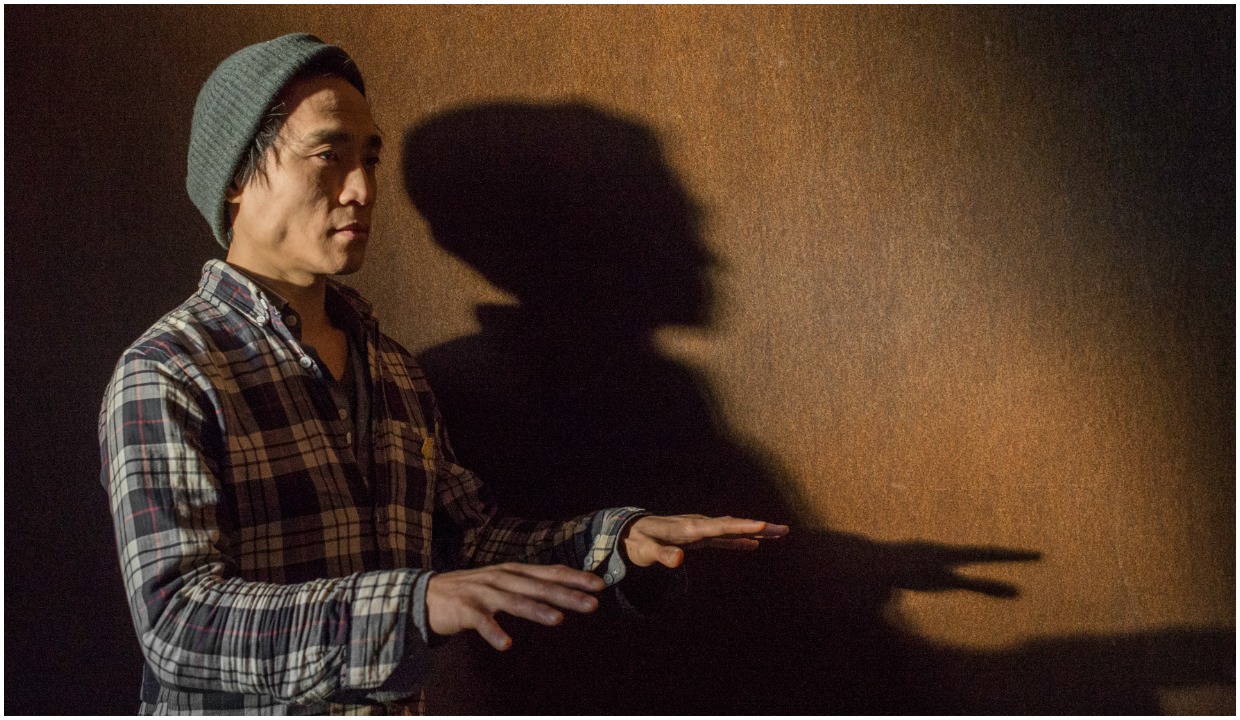 For more information on Eric Pan and Travel Poems, go to https://ericpan.org/.