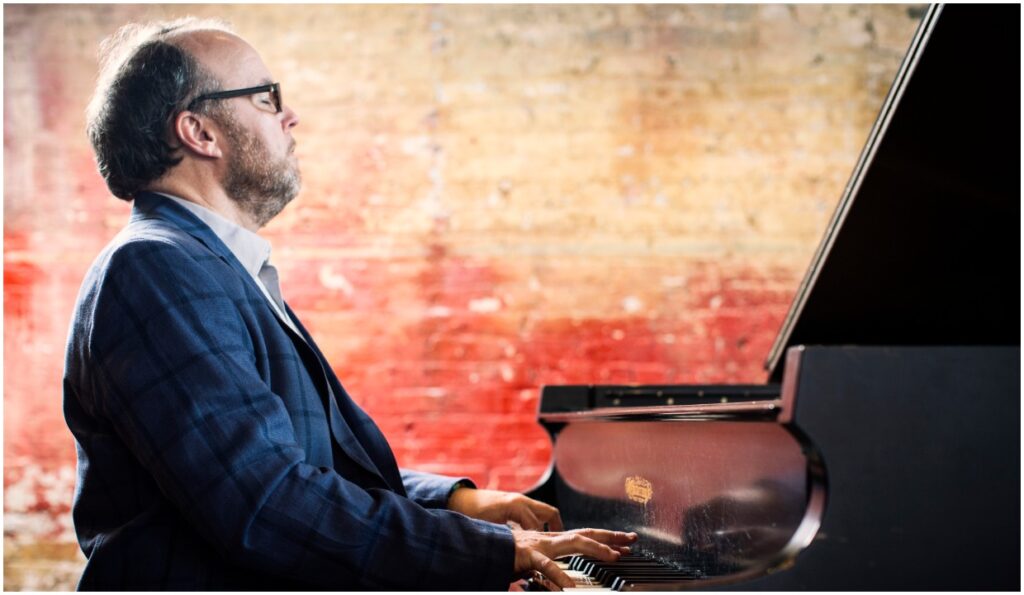 North Carolina-born pianist/composer Derel Monteith showcases two sides of his artistic personality as well as his unique approach to jazz and improvised music on his first two full-length albums, Connemara and Quantity of Life, released on the same date, October 18. The former is a solo improvised piano record defined by a contrast of beauty and brutality titled after a strikingly picturesque region in the West of Ireland of the same name; the latter is a trio date full of melody and refined grooves featuring Monteith alongside bassist Andy Crawford and drummer Jason Brannon.

Monteith spoke with JAZZIZ about Connemara and Quantity of Life, the ideas and events that helped bring them to life, and the reason why he decided to release both records on the same date. He also shares with us some of his thoughts on the current state of jazz and the problem of people’s confused perceptions of what jazz actually is. Below is an excerpt from our conversation, which has been edited for length and clarity.

JAZZIZ: When did you start playing the piano?

DEREL MONTEITH: I first started playing the piano when I was a child. It was kind of the “in” thing to do at the time. There was a piano teacher at the school in North Carolina that I attended growing up and everybody I knew was taking piano lessons. It just kind of immediately became apparent that this was something I was good at. I just took to it very easily, compared to my friends, which was as much a surprise to me as it was to anybody else. So, I started studying classical music outside of school with a more serious teacher and started playing in competitions. Then, I got into improvised music later in, when I was in high school. So, it was an interesting evolution.

Connemara and Quantity of Life show that you are interested in both composition and improvisation.

Yes. [Charles] Mingus once said composition is dead improvisation. I think there’s a lot of truth in that, though I don’t view that statement as a slam against composition and I don’t think he did either. It’s about finding things that you like through improvisation and then honing those into compositions.

In other words, is it a process of discovery?

Yes, and that’s what I’ve always found intriguing about modern jazz – the different balances that people strike between composition and improvisation. How to get beyond the traditional hard bop with a head-solos-head structure. People do all sorts of great stuff with that formula, don’t get me wrong. But I do think it’s a pretty dated formula and has been done to death as an approach to an ensemble.

Were you trying to get away from that approach on Quantity of Life?

What I tried to do to an increasing degree with the trio was to try to explore different ideas. We certainly still play heads and solos but take a strong approach to melodies, different grooves and different textures, all of which are informed by a wide range of my musical influences. Then, we try to get a good ensemble feel among the three of us with it. 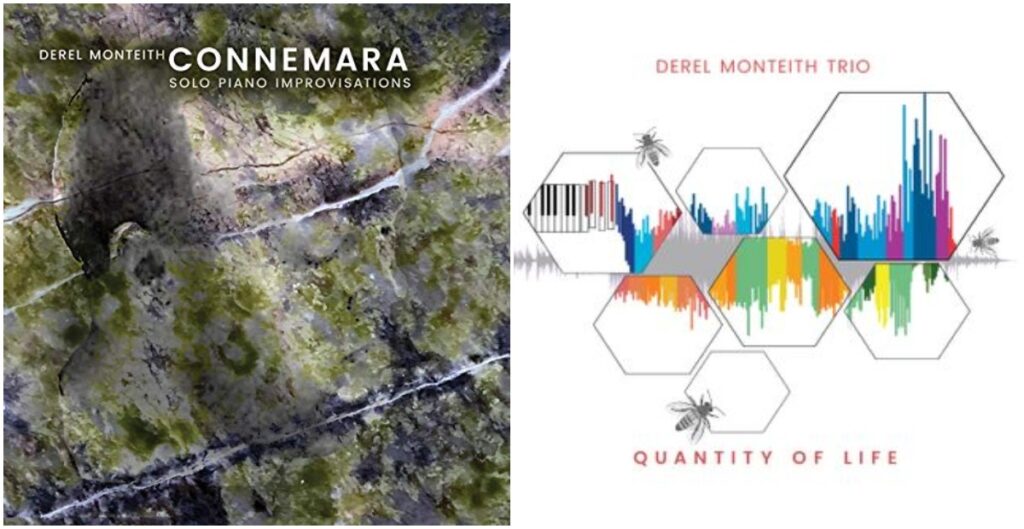 That’s pure improvisation. I should say, first of all, that Connemara was sort of a happy accident. We were testing microphones for the trio sessions and I just liked what was happening. After playing a couple of things, I kind of decided to keep working and see what came of it. It was great because I’ve actually been playing improvised solo piano longer than I’ve played straight-ahead jazz. That was especially because I was introduced to Keith Jarrett’s work back in high school.

Is Keith Jarrett a major influence of yours?

Very much so. He’s kind of the earliest influence on me as an improvising pianist. As I got more into straight-ahead, I began to get exposed to masters like Wynton Kelly, Red Garland, Oscar Peterson, McCoy Tyner, Herbie Hancock, Chick Corea…

What do you personally like about the trio format?

I gravitate towards it largely because I want to play melodies. Horns are beautiful instruments and there are lots of amazing horn players, obviously, but I don’t get to play the melody when I’ve got a horn player in the band, generally. I sort of selfishly want to be able to play the melody and want to be able to control the texture of the band to a greater degree than having a horn player allows. Also, when you have one or more horn players, you can’t get through as much music on any given gig. With a trio, everybody gets a greater chance to showcase their improvisation abilities and that’s cool.

What type of bandleader would you consider yourself to be?

In the trio setting, there are some times where I very much grab a hold of the reins and direct traffic. But especially when we play live, I try to let things evolve naturally as they happen. That’s what thankfully happened when we were recording Quantity of Life too. A great example of that is on “Folk Song,” when it breaks down to just a solo piano. That was not planned but it was a cool moment and it has since become part of the arrangement.

What about Connemara? Why did you choose that title?

I visited Ireland, including Connemara, in 2017. I had a great experience there everywhere we went but the Connemara region was probably my favorite part just because of its breathtaking natural beauty and its juxtaposition with severity and brutality. While we were there, we went on a guided tour and learned about its history of famine and genocide and that is still sort of visible in its landscape. But I didn’t know I was going to call this record Connemara. It’s just when I listened back to it that I realized that notion of beauty and severity had been what I was striving for.

Mingus, whom you mentioned earlier, called music his “invisible island.” Do you feel the same way?

Solo piano improvisation is a very solitary act and I am at my most musically risky and vulnerable when I improvise like that, because I don’t have a plan and there is no structure. If I’m in an ensemble, there is usually more structure but we don’t always know where it’s going to go and we’re all working together to shape what happens next. That sense of connection makes the ensemble experience feel less solitary to me.

Why did you decide to release both albums on the same date?

I debated a long time whether to release them at different times and, if so, which one should get released first. Ultimately, I decided to release them simultaneously, since these are my first releases. I just wanted people to get an understanding of my range in one fell swoop.

You have expressed an interesting opinion that jazz means different things to different people. What do you mean by that?

I think that in large cities, there are audiences for more sophisticated, creative, improvised, experimental music of all kinds just because of the sheer number of the people who live in them. Outside of those large cities, people are more likely to encounter jazz at cocktail parties where it’s really background music and where the musicians play swing-based music with heads-and-solos, and who play the usual standards. It’s music that just sounds like watered-down hard-bop most of the time. That shapes a person’s perception of jazz, especially the perception of people who just graze across the genre.

I don’t want to sound like I’m being critical of the musicians who play at cocktail parties; they’re just doing a job. If they were up there thrashing and bashing, somebody would come up to the bandstand and say, “Guys, tone it down. We’re trying to have drinks here.” I’ve seen that happen time and time again.

Do you think the problem is people are not educated in jazz enough?

I heard Ramsey Lewis say years ago that the problem is people don’t know what to expect when they see the word jazz anymore. People who are not sophisticated and just graze across jazz don’t know what to expect and their perception of what the word means will be shaped by their early experiences of seeing a band that somebody tells them is a jazz band. So, it’s hard for them to know and more than that, it’s kind of unreasonable for us to expect them to know. They’re just grazing across it as a genre and they don’t understand that, actually, there are all these different subgenres that are wildly different from one another and are under the umbrella of jazz.

But do you think people still have a desire to explore new the different subgenres of jazz and discover music outside of the mainstream? 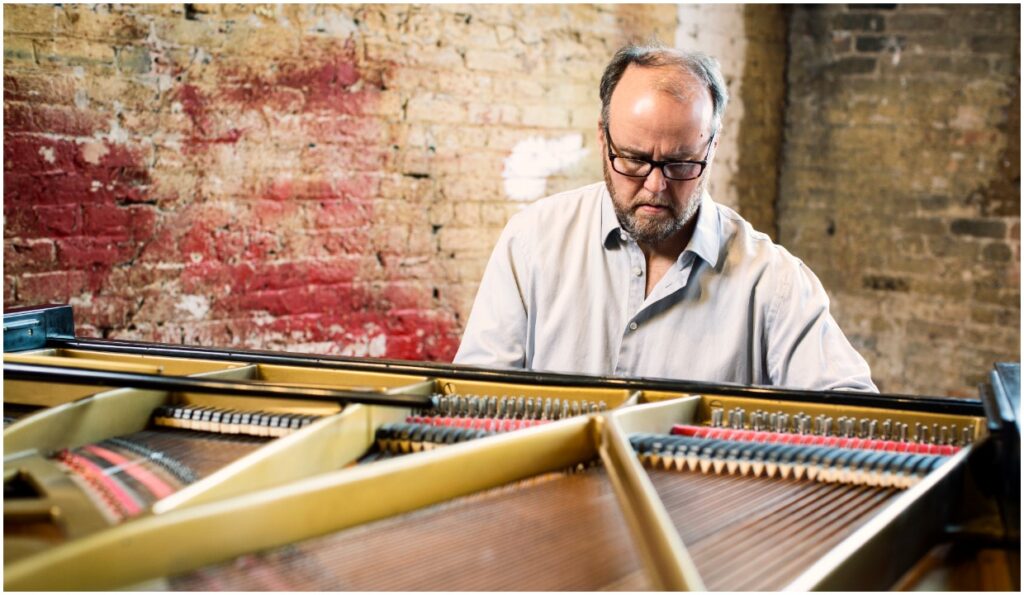