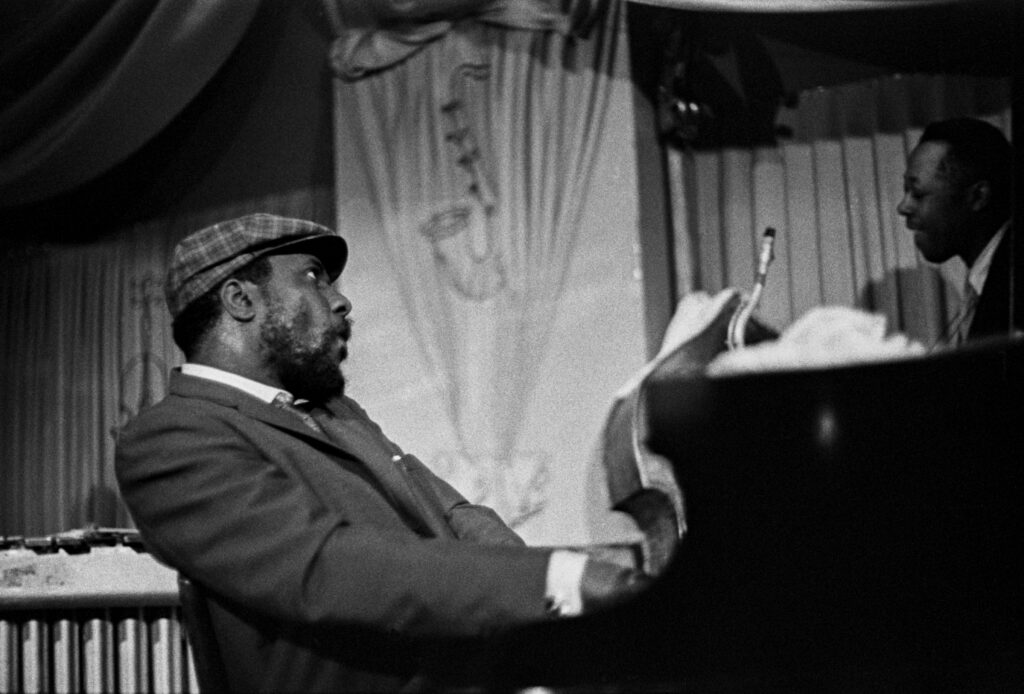 A previously unreleased Monk album, recorded live at a high school in Palo Alto, California, in 1968, will be released on July 31. (Photo of Thelonious Monk by Larry Fink)

A previously unheard concert by pianist Thelonious Monk and an all-star quartet — recorded in a high school auditorium in Palo Alto, California, in 1968 — will see the light of day on July 31, courtesy of a forthcoming release by Impulse! Records. The album, simply titled Palo Alto, marks the jazz legend’s posthumous debut on the label.

The riveting 47-minute program spotlights Monk’s steady touring band (tenor saxophonist Charlie Rouse, bassist Larry Gales, drummer Ben Riley) and features his touring repertoire, which included some of his best-known compositions. The first track, “Epistrophy,” can be streamed via the visualizer in the video below:

Much has been made about the similarities between the years 1968 and 2020: the backdrop of political unrest, the simmering social and racial tension, even the scourge of a pandemic. Which is what makes the story surrounding the Palo Alo concert all the more remarkable.

The event was set in motion by a 16-year-old high school student and ardent jazz fan named Danny Scher. In a year marked by the assassinations of Dr. Martin Luther King Jr. and Robert F. Kennedy, as well as the brutal police treatment of antiwar protesters at the Democratic National Convention in Chicago, Scher was well-attuned to the growing sense of disquiet between his predominantly white neighborhood, Palo Alto, and the predominantly black neighborhood, East Palo Alto. He hatched a plan to invite one of his favorite jazz artists to his local high school as a gesture of unity. Armed with little more than a phone book, he set out to achieve his dream.

Scher managed to contact Monk while the pianist was coming off a three-week run at Jazz Workshop in San Francisco. Monk was amenable to Scher’s pitch, and a concert date was set for October 27 at 2 pm. Scher — against the urging of the police department — took to the streets of Palo Alto and East Palo Alto to promote the event. 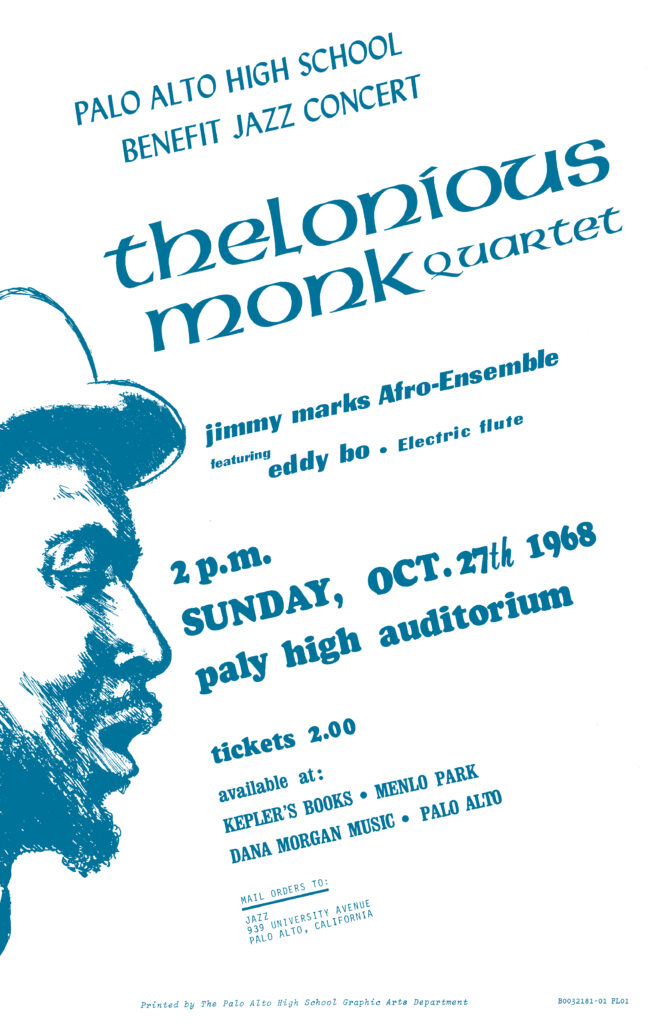 The musical afternoon that transpired was described by T.S. Monk — son of Thelonious and founder of the Thelonious Monk Institute — as “one of the best live recordings I’ve ever heard by Thelonious.”

“I wasn’t even aware of my dad playing a high school gig,” T.S. Monk said in a press release, “but he and the band were on it. When I first heard the tape, from the first measure, I knew my father was feeling really good.”

Throughout the course of the concert, Monk runs through a selection of his most cherished originals and covers, rendered with his characteristic blend of beauty, radiance and pluck. In addition to “Epistrophy,” the program also included tunes like “Blue Monk,” “Ruby, My Dear” and “Well You Needn’t,” along with lesser-heard gems like “I Love You Sweetheart of All My Dreams” and “Don’t Blame Me.”

The music would have been lost to posterity if not for the foresight of an as-yet-unknown black custodian at Palo Alto High School, who arranged to have the school’s piano tuned in exchange for permission to record the concert. 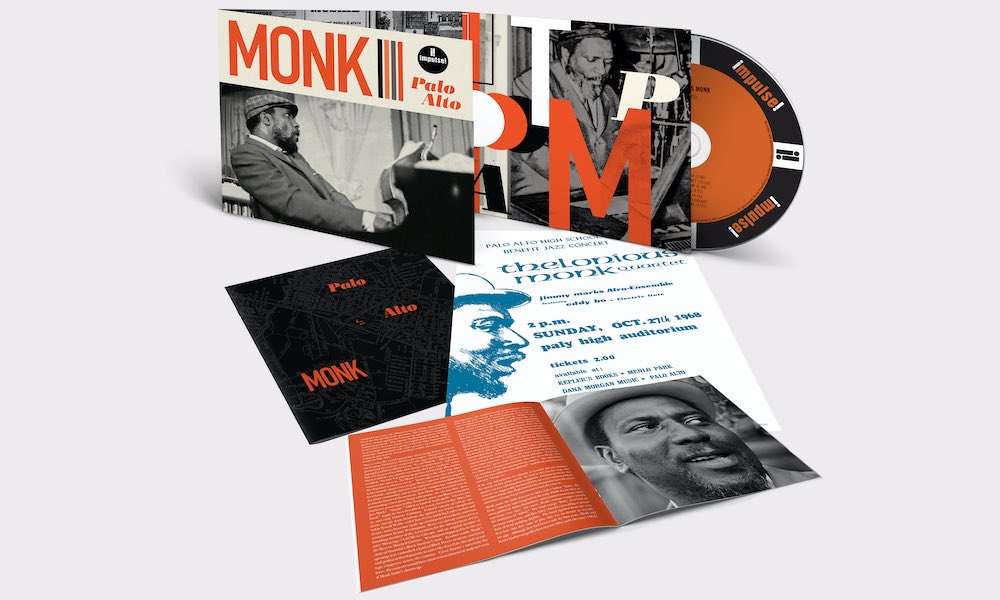 Palo Alto is the first of multiple planned joint releases over the next five years from Impulse! Records in conjunction with the Monk estate’s Rhythm-A-Ning Entertainment led by T.S. Monk. It’s a fitting first installment for this initiative, given the way its origin carries themes that resonate loudly in our current times.

“Neither Thelonious Monk nor Danny Scher fully grasped what this concert meant for race relations in the area,” wrote Monk scholar Robin D.G. Kelly, author of Thelonious Monk: The Life and Times of an American Original For on this one beautiful Sunday afternoon, blacks and whites, Palo Alto and East Palo Alto, gathered together to listen to a jazz legend.”

Palo Alto will be available July 31. To pre-order the album, click here.