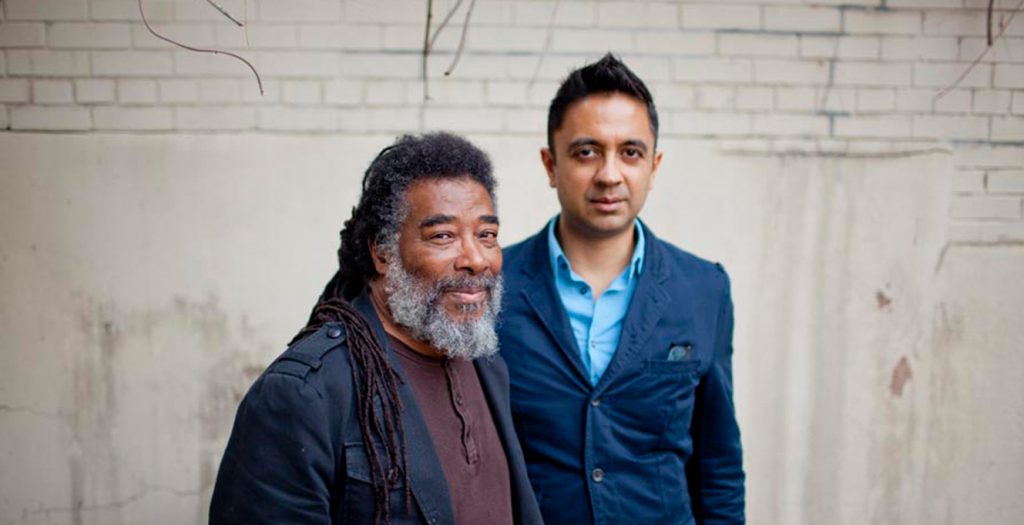 Pianist Vijay Iyer and trumpeter Wadada Leo Smith will be releasing their latest record, titled A Cosmic Rhythm With Each Stroke, on ECM Records on March 25.  The two musicians previously played together in Smith’s Golden Quartet. The new album was produced by Manfred Eicher at New York’s Avatar Studios in October 2015.

A Cosmic Rhythm With Each Stroke will be premiering at New York’s Metropolitan Museum of Art on March 30-31, where Iyer is currently featured as artist-in-residence. This performance will also take place in the context of an exhibition dedicated to Nasreen Mohamedi’s art and writings.

Four more concerts have been announced so far. Iyer and Smith will be performing at the TN Big Ears Festival in Knoxville, Tennessee on April 1, as part of the Fromm Concert Series at Harvard in Cambridge, Massachusetts on April 7, at the Occidental College in Los Angeles on April 15 and Cal State Fullerton in Fullerton, California on April 16.