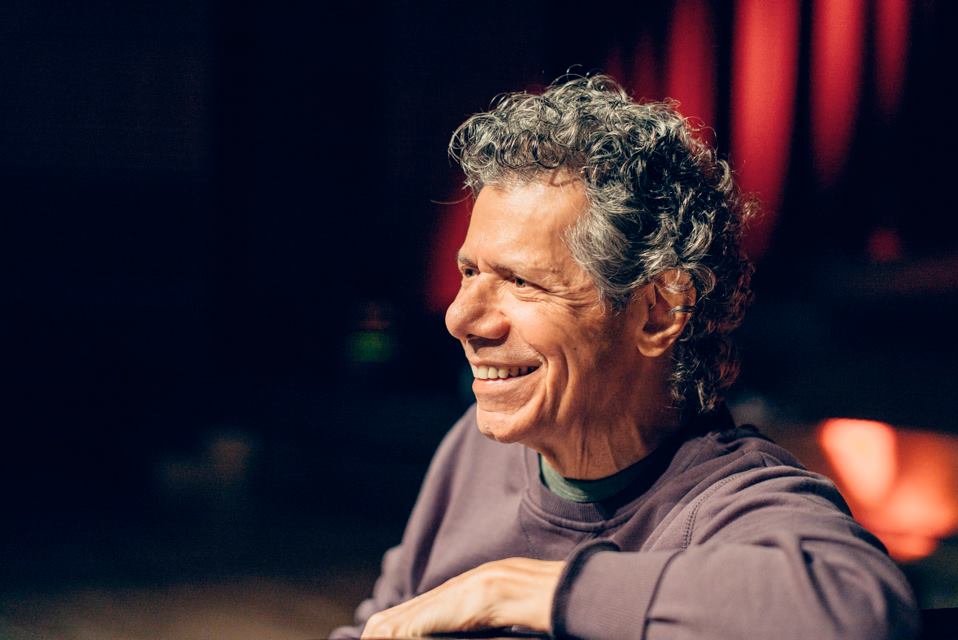 Chick Corea, a pianist and composer who has been a leader in almost every modern jazz genre, died on February 9 from a rare form of cancer. He was 79.

Corea’s impact on jazz is immeasurable. From his pioneering work in jazz fusion to his later forays into world music and flamenco, he was an artist who greatly expanded the borders of jazz, and who opened its doors to influences from around the globe.

Chick Corea was born Armando Anthony Corea in Chelsea, Massachusetts, on June 12, 1941. He began studying music at age 4 and landed his first professional gig with singer Cab Calloway in the early 1960s. Important sideman work with trumpeter Blue Mitchell, flutist Herbie Mann and saxophonist Stan Getz followed, and in 1966 he recorded his debut album as a leader, Tones for Joan’s Bones. Within a few years he had achieved critical and popular acclaim for the release of his 1968 album Now He Sings, Now He Sobs, which was an early showcase for the folk-like compositions and probing improvisations that would become his trademark. His 1972 album Crystal Silence with vibraphonist Gary Burton was an indicator of his movement toward fusing musical genres, and would ultimately become a seminal album for ECM Records.

After working with his idol, Miles Davis, through the early 1970s — most notably on the albums Filles de Kilimanjaro, Bitches Brew and In a Silent Way — Corea went on to form his own fusion band, Return To Forever, with Stanley Clarke on acoustic bass, Joe Farrell on soprano sax and flute, Airto Moreira on drums and percussion and Moreira’s wife Flora Purim on vocals. It is often heralded as one of the most influential fusion ensembles of the 20th century. Several of Corea’s recordings with that group, such as Light as a Feather and Romantic Warrior, are praised for their seamless melding of avant-garde, bossa nova, traditional jazz and pop. It was a style of music that Corea would continue to develop with his Elektrik and Acoustic bands, which similarly defied genre and charted a clearer path forward for jazz fusion.

The latter half of Corea’s career would find the pianist collaborating with fellow groundbreakers like vocalist Bobby McFerrin and banjoist Béla Fleck. He notched several of his 23 GRAMMY Awards during this period, and in 1999, Now He Sings, Now He Sobs was inducted into the GRAMMY Hall of Fame. He was named an NEA Jazz Master in 2006.

In 2011, in celebration of his 70th birthday, Corea held a four-week engagement at the Blue Note Jazz Club in New York City, which featured more than 10 groups and 30 bandmates from across his prolific career, reuniting Corea with friends and colleagues such as John McLaughlin, Herbie Hancock and Wynton Marsalis. The concert was documented in the multi-disc 2017 album The Musician.

Corea’s final recording, Plays, was released last year. The album collects solo recordings from concerts in the United States and Europe, and features the pianist interpreting songs by a wide range of composers, from Mozart to Monk to Stevie Wonder. Fittingly, it is a document of what Corea does best: eroding the divisions between classical music, pop standard and dazzling jazz improvisation and providing a blueprint for the shape of jazz to come.

(You can watch an interview Chick did with JAZZIZ Magazine about his most recent album Plays via the YouTube player below. Read an extended Q&A with Corea here.)

A statement from the official Chick Corea Facebook page reads as follows:

It is with great sadness we announce that on February 9th, Chick Corea passed away at the age of 79, from a rare form of cancer which was only discovered very recently.

Throughout his life and career, Chick relished in the freedom and the fun to be had in creating something new, and in playing the games that artists do.

He was a beloved husband, father and grandfather, and a great mentor and friend to so many. Through his body of work and the decades he spent touring the world, he touched and inspired the lives of millions.

Though he would be the first to say that his music said more than words ever could, he nevertheless had this message for all those he knew and loved, and for all those who loved him: “I want to thank all of those along my journey who have helped keep the music fires burning bright. It is my hope that those who have an inkling to play, write, perform or otherwise, do so. If not for yourself then for the rest of us. It’s not only that the world needs more artists, it’s also just a lot of fun.

“And to my amazing musician friends who have been like family to me as long as I’ve known you: It has been a blessing and an honor learning from and playing with all of you. My mission has always been to bring the joy of creating anywhere I could, and to have done so with all the artists that I admire so dearly—this has been the richness of my life.”

Chick’s family will of course appreciate their privacy during this difficult time of loss.