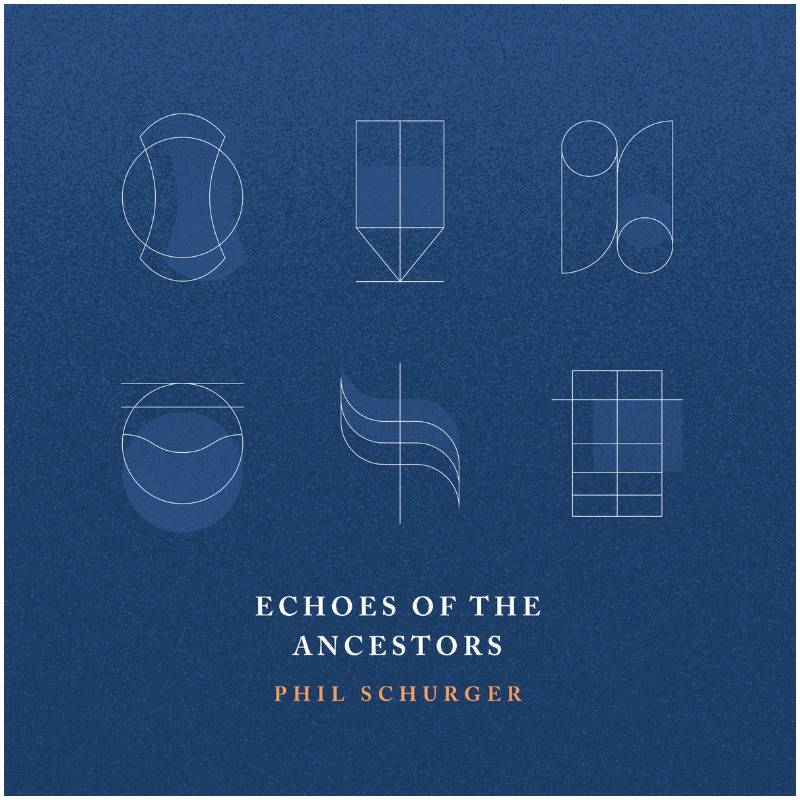 Phil Schurger – Echoes of the Ancestors (Ears and Eyes)

Guitarist Phil Schurger credits 10 years of meditation for inspiring the six lengthy tunes on this debut album. Indiana native Schurger is an adherent of several transcendental practices, including Kabbalah, an ancient Jewish discipline aimed at achieving mystical wisdom. Fortunately, a listener needn’t be a mystic to appreciate his music, which possesses a Coltrane-like expansiveness.

The title Echoes of the Ancestors refers to ancestral memory, the notion that memories of culture and lineage are inherited from our forebears. Each tune also reflects a specific mystical concept or practice. Fluctuating tempos and spiraling improvisations lend Schurger’s music a mysterious quality, and even the composed passages are chromatic. The playing throughout is accomplished, especially the interaction between Schurger and Ward.

The opening track “Lucid (soma)” captures the shifting states of consciousness brought on by soma, an intoxicating Hindu beverage. The tune starts mellow but builds to a wild climax. “Air of the Forest,” a contemplative piece, aims to evoke the transition from night to daybreak in a forest, while “The Tower,” a more raucous creation, emulates an ascent to spiritual enlightenment.

While Schurger’s writings on his website reveal an ultra-serious disciple of Kabbalah, Echoes of the Ancestors shows he’s also a seriously skilled musician. Like most experimental jazz, Schurger’s music demands open-minded listening. And active listeners will have additional opportunities for such experiences: Schurger’s quartet recorded enough material for two follow-up albums scheduled for release over the next two years.