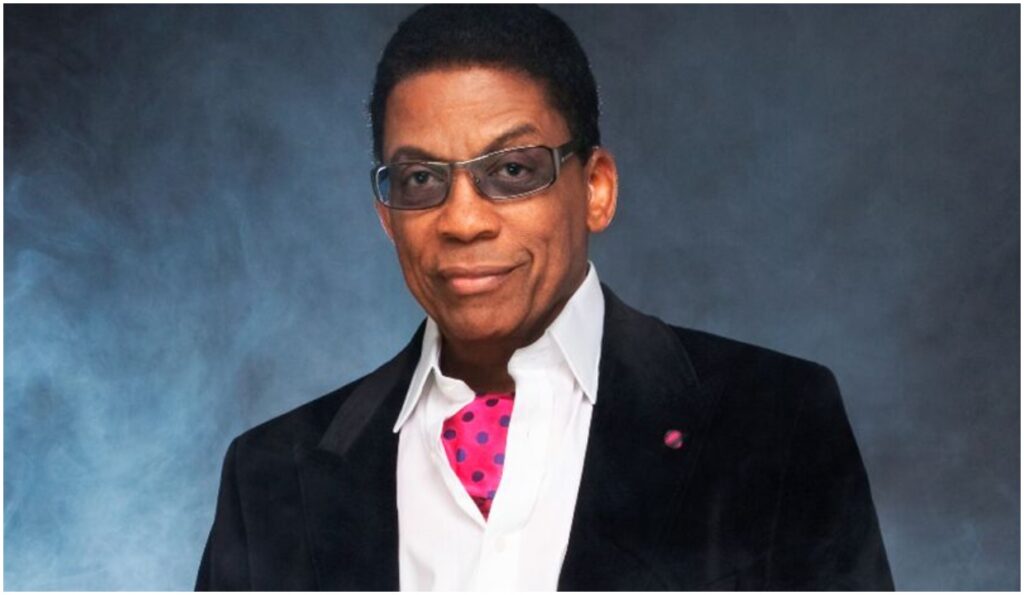 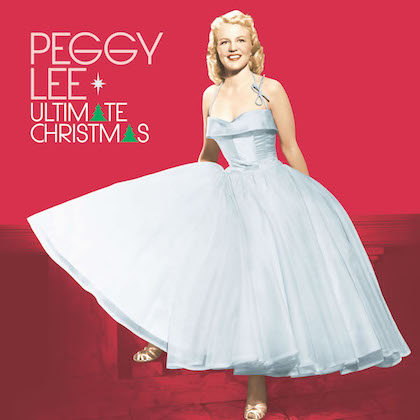 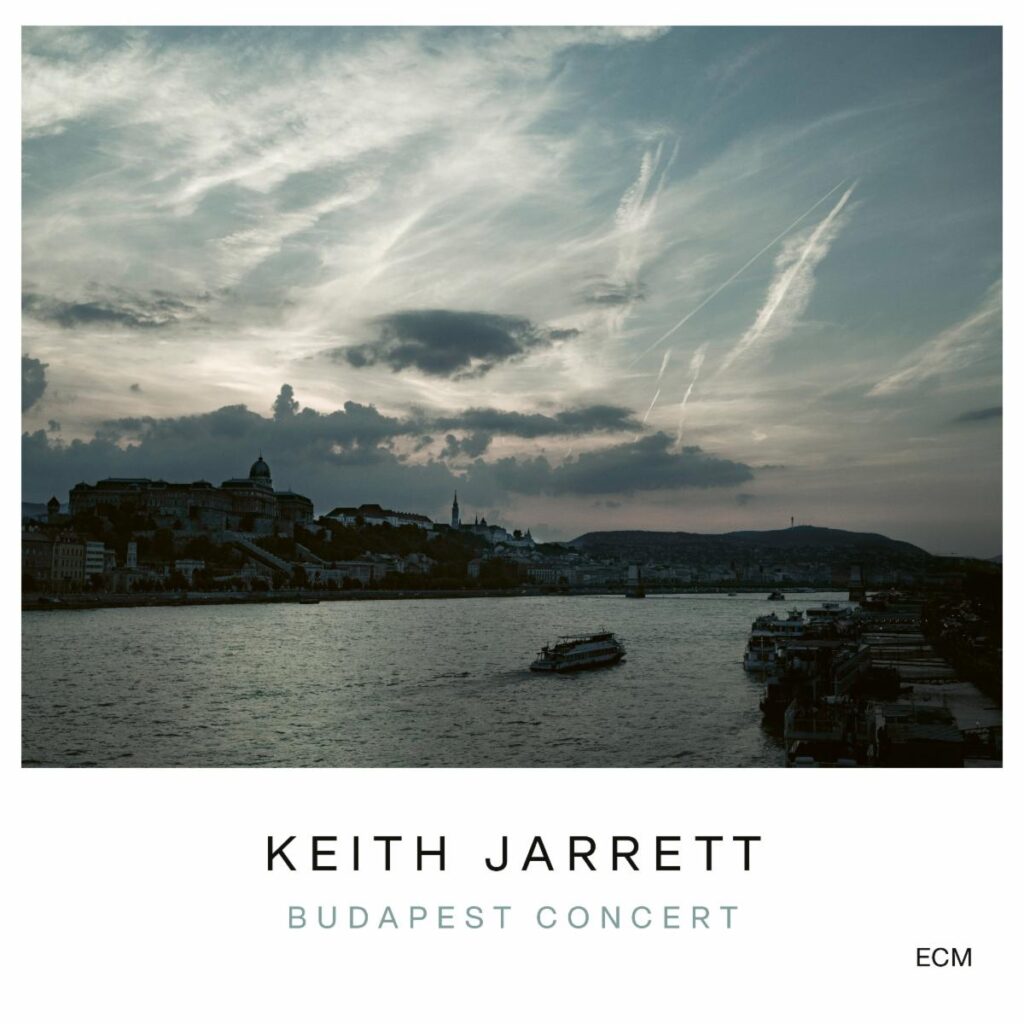 John McLaughlin, Shankar Mahadevan and Zakir Hussain Offer Collaborative Album for Free: John McLaughlin, Shankar Mahadevan and Zakir Hussain have shared a new version of “Shakti,” recorded via ISDN from their respective homes. You can watch it via the player below. The song was originally featured on their collaborative album, Is That So?, released this past January on Abstract Logix/Mediastarz. The collection is available for free for a limited time on Bandcamp. In lieu of payment, fans are encouraged to donate to the GRAMMY Foundation’s MusicCares, which provides health, financial, and rehabilitation resources to music people in times of need.

Atlas Maior Release Collaborative Single with Ali Pervez Mehdi: Critically acclaimed prog-jazz and world music group Atlas Maior have shared the first of two singles featuring renowned Pakistani vocalist Ali Pervez Mehdi. The first single is called “Nazuk.” It is a new take on Mehdi’s song and is accompanied by an intimate video capturing that collaboration. The second single, a new collaborative song titled “Ya Ali,” will be released on October 16.

Shahin Novrasli Shares Lockdown-Inspired Single and Animated Video: Renowned musician Shahin Novrasli has released an animated short film for his lockdown-inspired single, “Quarantine.” The song is a fusion of jazz, classical and mugham, a traditional Azeri folk artform. The animated video was written and produced by Buta.art founder Nasib Piriyev and animated by Slovenian artist Tomi VGN. “We have been working together for the last 15 years and despite many challenges, we always found solutions to form creative projects,” says Piriyev of his collaboration with Novrasli. “This time, we made an experimental animation film to try to express what we felt and signify the madness we all went through.”

Upcoming Release Shines Light on Legendary Dave Brubeck Album: Time OutTakes, featuring recently discovered and previously unreleased outtakes from The Dave Brubeck Quartet’s historic 1959 Time Out sessions, will be released on December 4. This will mark the inaugural release for Brubeck Editions, the label created by the Brubeck family for the release of officially authorized Dave Brubeck music. Time OutTakes will also be released on the month of the piano legend’s centenary. 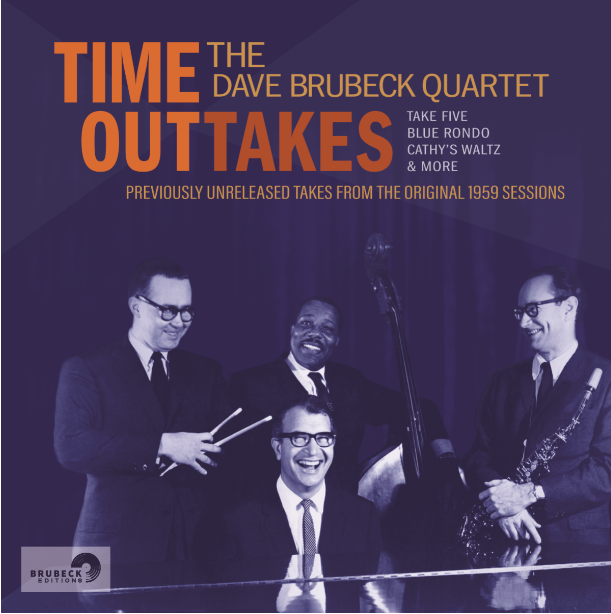 William Parker to Release 10-Album Magnum Opus: William Parker will release a magnum opus, 10-album box set of music and poetry on January 29 via Centering Records/AUM Fidelity. Migration of Silence Into and Out of the Tone World features 10 all-new, album-length suites featuring an array of international, intergenerational collaborators and with women’s voices at its core. The music, inspired by sounds and traditions from all over the world, was recorded between late 2018 and early 2020. 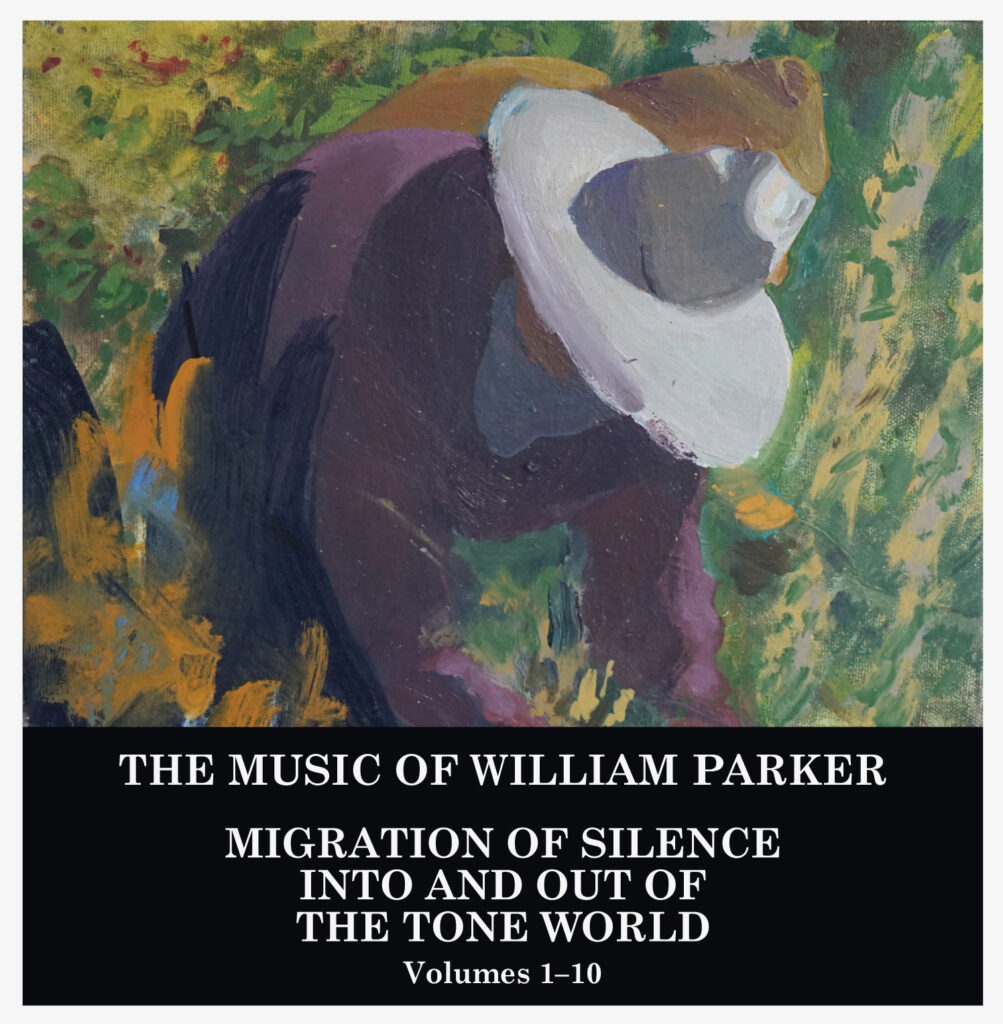 Definitive Vinyl Reissues of Classic John Coltrane and Nina Simone Albums: Verve/UMe is set to release definitive audiophile-grade vinyl versions of classic John Coltrane and Nina Simone albums as part of its Acoustic Sounds vinyl reissue series. The two John Coltrane albums – A Love Supreme (1965) and Ballads (1963) – will be released on October 9. The Nina Simone albums – I Put a Spell on You and Pastel Blues, both released on Philips in 1965 – are due out on November 6. The LPs were mastered from original analog tapes and are presented in high-quality packaging. 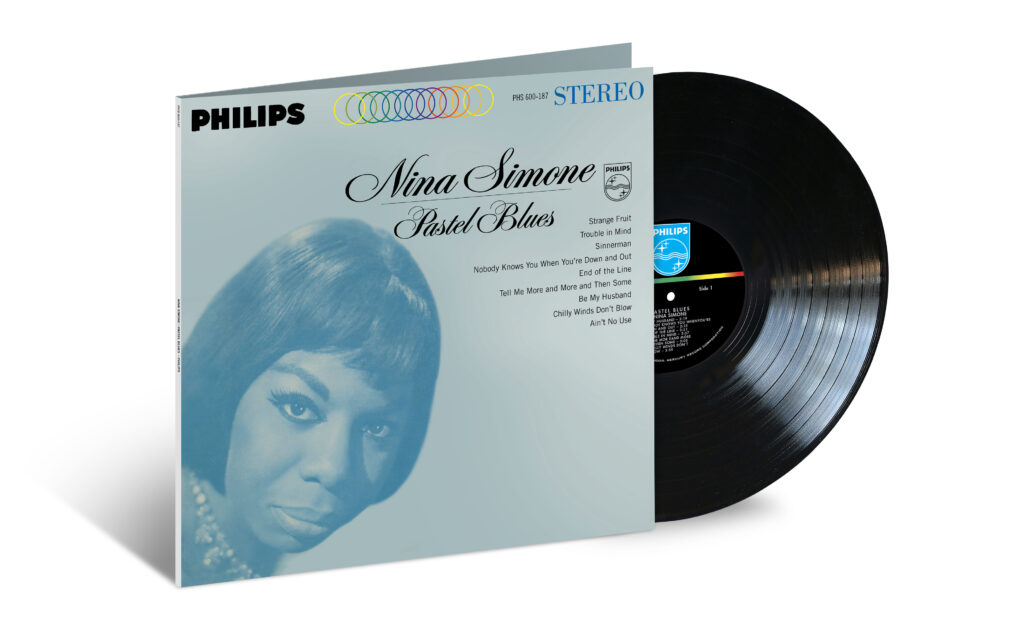 Herbie Hancock to Celebrate 80th Birthday with Vinyl Me, Please Box Set: To mark his 80th birthday, the legendary Herbie Hancock teamed up with Vinyl Me, Please, to release VMP Anthology: The Story of Herbie Hancock. This is a brand new, exclusive vinyl box-set celebrating Hancock’s illustrious career. The set aims to take listeners on a sequential journey told across eight albums. These albums were chosen by the pianist/composer and are paired with an exclusive podcast interview series. 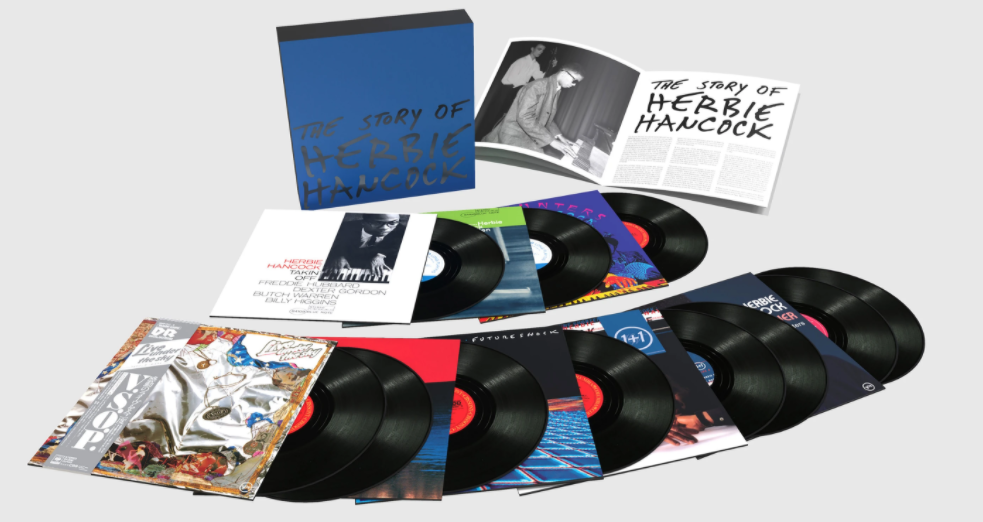 Rockport Music to Resume Virtual Concert Series: Rockport Music will resume its virtual concert series, Concert View, with new virtual concerts broadcast from the Shalin Liu Performance Center every Friday at 7 p.m. on YouTube, Facebook and its website. The series will resume on October 2, with the boundary-defying clarinet/marimba duo of Richard & Mika Stoltzman. A solo piano performance by Kenny Barron has also been announced for January 15, 2021. 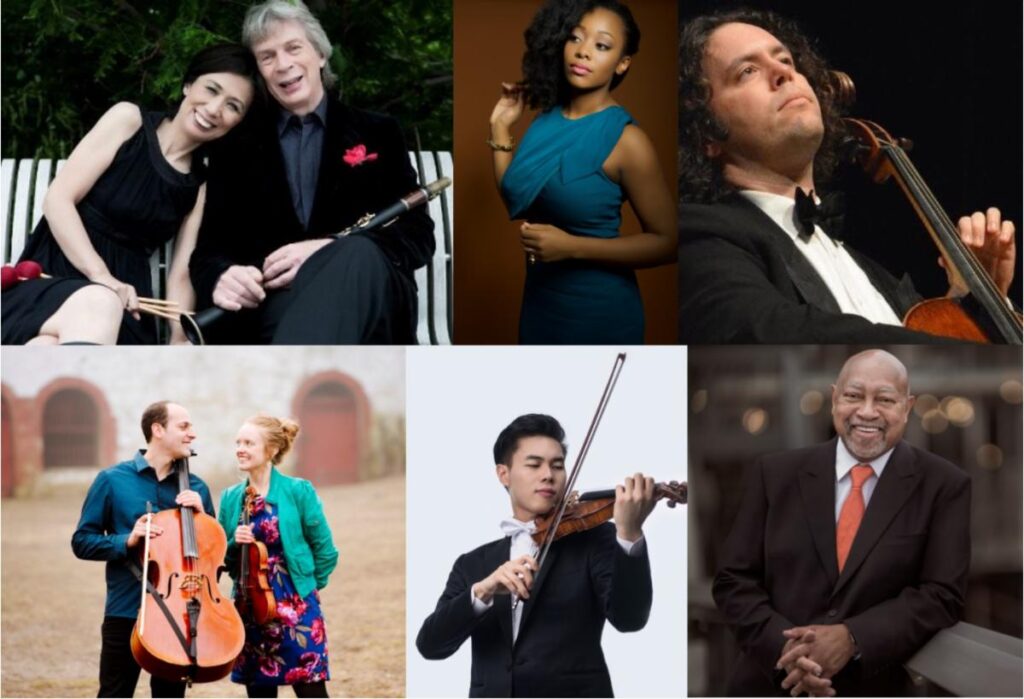 Chick Corea Announces Solo Piano Livestream Concert: Chick Corea will be performing his first-ever, solo piano concert live stream from his studio on October 10. Chick Corea Live in Concert: From Mozart to Monk will find him performing pieces from his new solo piano album, Plays, released earlier this month via Concord Jazz. We included it on the list of ten albums out this month that you need to know about. 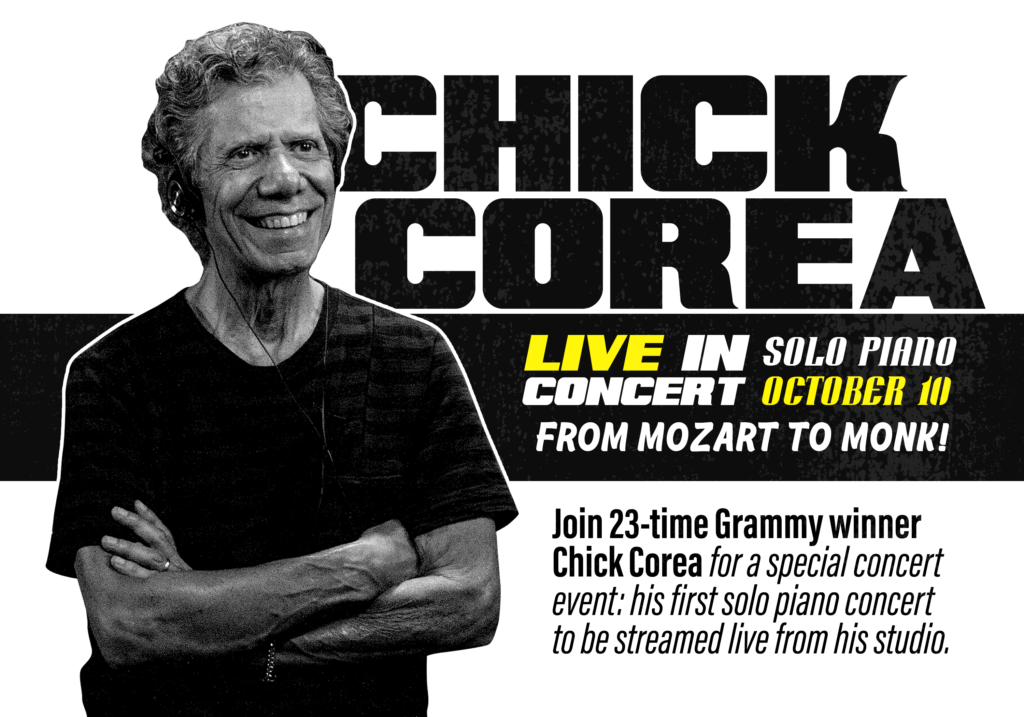 Diana Krall, This Dream of You (Verve)

Diana Krall, one of the world’s most beloved jazz artists, returns with a brand new album. This Dream of You is a collection of unheard recordings from sessions in 2016 and 2017. The album features the chanteuse/pianist performing classics within a variety of settings and includes some of her final works with her longtime creative partner, producer Tommy LiPuma, who passed away in 2017.

Mondenkind, which translates as “Moon Child,” is the piano solo album debut of acclaimed German pianist Michael Wollny. Conceptually inspired by Michael Collins’ solitary lunar orbit in Apollo 11, the album is a profound dive into the artist’s repository of sounds, featuring original compositions and interpretations of music by Tori Amos, Alban Berg, Rudolf Hindemith, Timber Timbre and others.