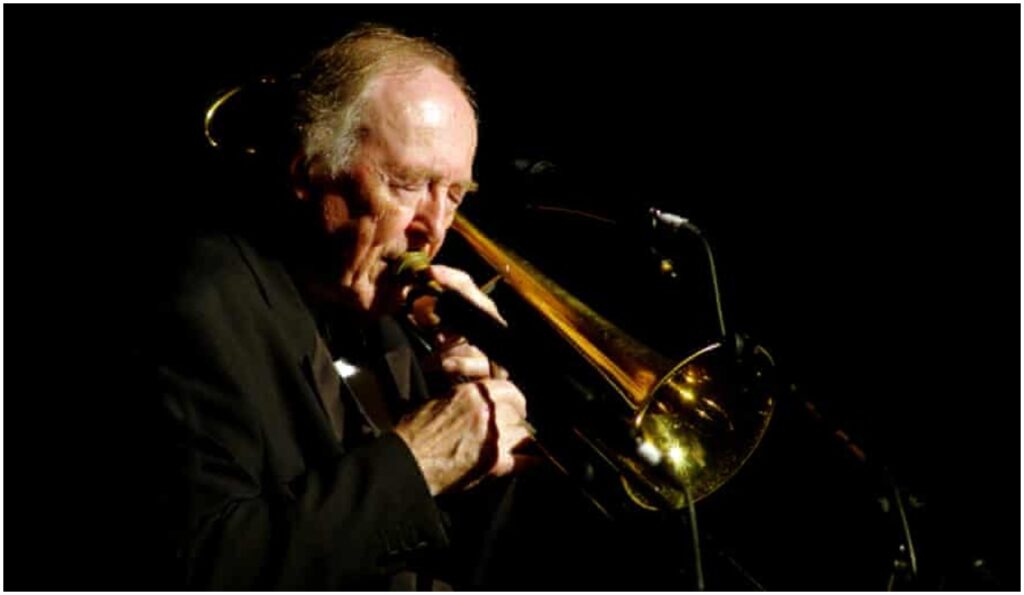 Chris Barber Dies: British trombonist/bandleader Chris Barber passed away on March 2, aged 90. He was one of the most charismatic and influential figures in European jazz history. As a major artist of the New Orleans-inspired jazz revivalist movement, he helped shape the British music of the ’50s and ’60s at large. Aside from being a champion of trad jazz, he is also credited for launching the British rhythm and blues and “beat boom” of the ’60s. Barber had retired in 2019, having led a band almost continuously for 70 years, and had been suffering from dementia in the period before his death.

New Pat Metheny Album Out Now: Guitar legend Pat Metheny released his new album, Road to the Sun, last week via BMG Modern Recordings. The LP consists primarily of two multi-movement classical guitar works marking his debut as a chamber composer. One of the tracks, a cover of Arvo Pärt’s “Fur Alina,” even finds him returning to his famed 42-string Pikasso guitar. You can listen to it via the player below and order Road to the Sun here.

Robert Walter to Reissue Long Out of Print Album: Robert Walter has announced his long out-of-print 1996 debut album, Spirit of ’70, will be reissued May 7 on limited edition 180-gram, purple smoke vinyl and digital formats via RPF Records. At the time of its recording, the eight-track LP was the second edition in a planned series of solo albums by individual members of The Greyboy Allstars and also features saxophonist Gary Bartz. Here, alternating between an array of vintage keyboards, including Fender Rhodes, Wurlitzer, Hammond B3 organ, Clavinet and Mini Moog, Walter leads the band through a set of soul jazz, boogaloo and rare groove. Preorder it here. 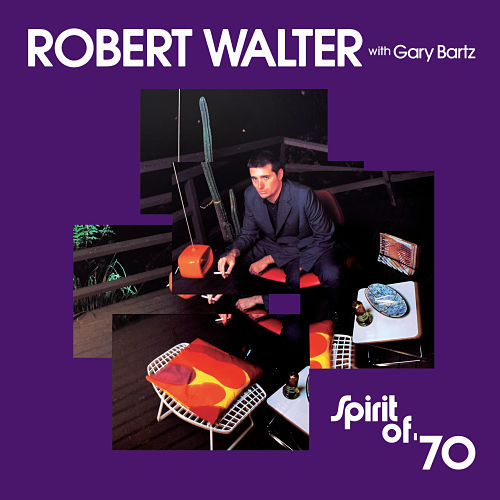 Edition Records and Jazz legend Dave Holland Partner in New Label Deal: Dave Holland has chosen Edition Records as his first new label home since forming his own imprint, Dare2, in 2005. The new partnership will focus on the legendary bassist/bandleader’s new recordings and archive releases, beginning with Another Land. This upcoming double-album features him alongside Kevin Eubanks and Obed Calvaire and will be released on May 28. Click here to sign up for Holland’s mailing list and be the first to hear about the exclusive preorder of Another Land.

Michael Mantler Launches Series of Books: Trumpeter/composer Michael Mantler has launched the first volume of The Original Jazz Composer’s Orchestra and Its Updates, a series of books covering selected recorded work from his 50-plus-year career. Out via ECM, this first volume includes introductory text, scores of all compositions contained on the two corresponding recordings, as well as facsimile scans of the original scores that were used during the 1968 recording sessions. Order it here. 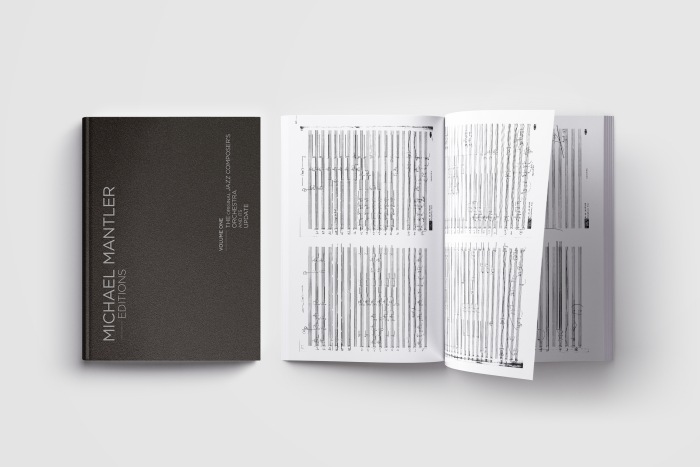 Strut to Release Definitive Sun Ra Lanquidity Edition: Strut will release a definitive 4-LP edition of Sun Ra’s classic Lanquidity album from 1978. The new set includes the widely distributed version as well as an alternative one mixed by Bob Blank, originally released in limited quantities for a 1978 Arkestra gig at Georgia Tech. Out on May 14, the set is box set is housed in a silver foil box reflecting the original artwork and including a 12-page-sized booklet with unseen photos and liner notes. Preorder it here. 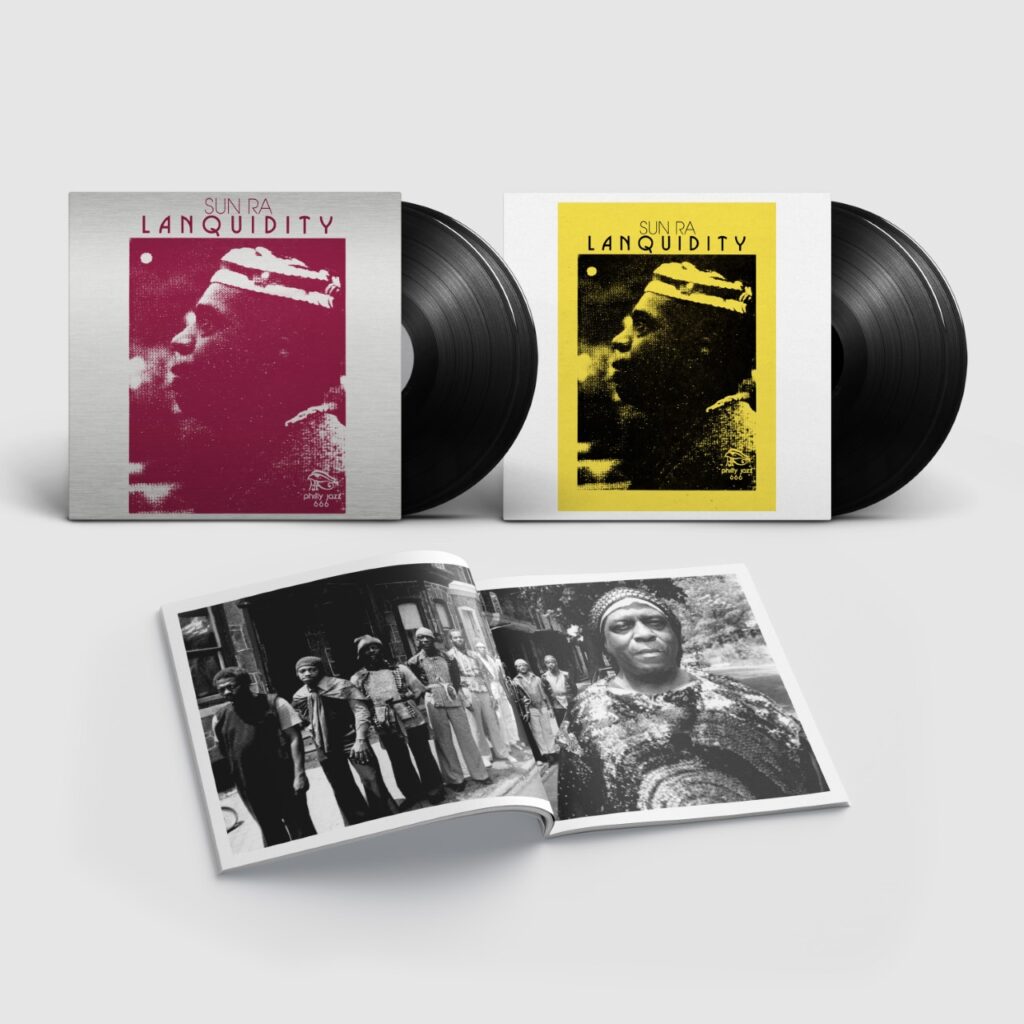 Andra Day Wins Golden Globe: Andra Day won the Golden Globe for Best Actress in a Motion Picture Drama for her performance in the Hulu film, The United States vs. Billie Holiday. This makes her only the second Black woman to win this award, after Whoopi Goldberg’s win for her role in The Color Purple from 1985. In her acceptance speech, Day thanked “the amazing, transformative, dynamic Billie Holiday, who just transformed me with this role and with her presence and with her spirit.”

Ulysses Owens Jr. Big Band, Soul Conversations (Outside In): Heralded drummer/composer Ulysses Owens Jr. demonstrated a fresh approach to a large ensemble in jazz on his upcoming LP. Soul Conversations, recorded live at Dizzy’s Club at Jazz at Lincoln Center in early December 2019, marks the debut of his exciting 19-piece UOJ Big Band, performing a mix of covers and three original compositions penned by Owens Jr. himself. Released on May 7, the album also marks his debut on Outside In Music.

Peggy Lee, Something Wonderful: Peggy Lee Sings The Great American Songbook (Omnivore): Omnivore will release a new 2xCD, 40-song compilation of live Peggy Lee radio performances on April 9, including dozens of previously unissued recordings and rare duet performances with Hoagy Carmichael, Matt Dennis, Frank Loesser and Johnny Mercer. The set was compiled to accompany the 2020 PBS documentary Fever: The Music of Peggy Lee and will be released on April 9 with liner notes from Joe Marchese, plus restoration and mastering from Michael Graves. Preorder it here.

Jeff Coffin and Helen Gillet, Let It Shine (Ear Up): Acclaimed saxophonist/composer Jeff Coffin and cellist/composer Helen Gillet offer a masterclass in counterpoint and thoughtful interplay on their genre-defiant new duo album, Let It Shine. Together, they perform a total of 13 instruments on the album, which also features Roy “Futureman” Wooten on cajun on several of its tracks. Let It Shine is out March 19 via Ear Up Records. 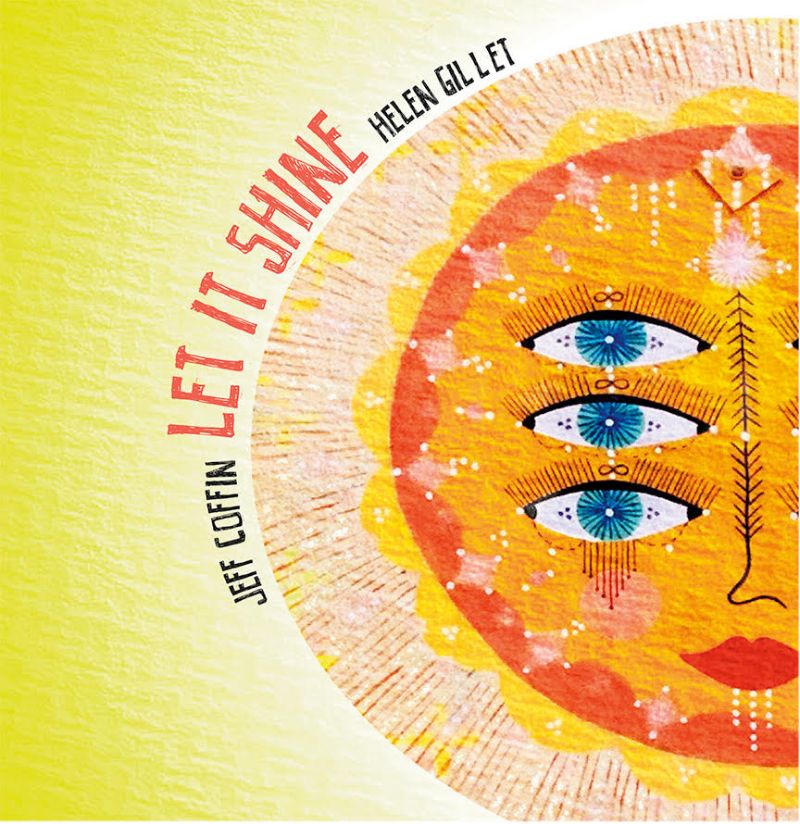 Miguel Zenón, Law Years: The Music of Ornette Coleman (Miel): Saxophonist Miguel Zenón commemorates Ornette Coleman with a new album, Law Years: The Music of Ornette Coleman. Recorded in May 2019, after a residency at Bird’s Eye Jazz Club in Basel, Switzerland, the album features Zenón with an international quartet, displaying remarkable synergy and intensity as they perform music by the legendary free jazz pioneer, who would have turned 91 on March 9. Law Years will be available digitally on March 12. Preorder it here. 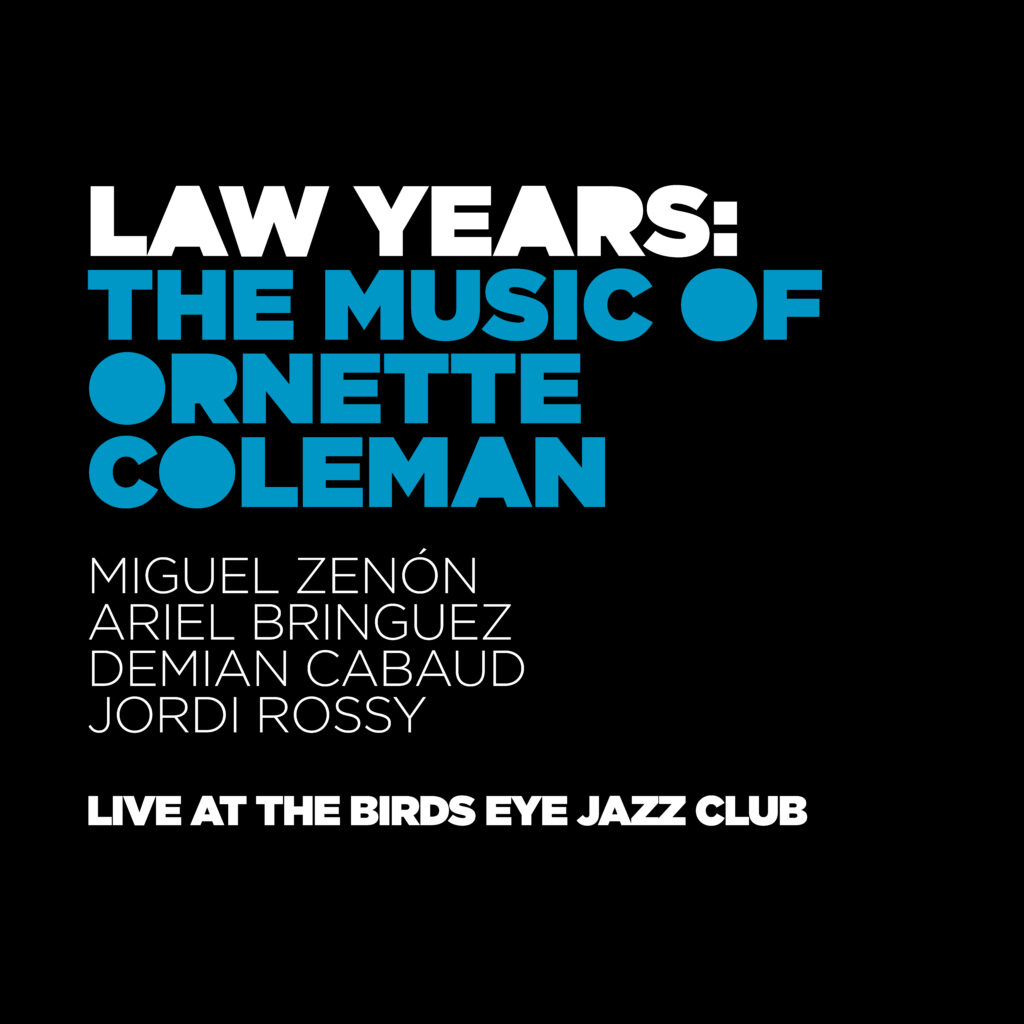 Stephane Wrembel @ New York’s French Institute Alliance Francaise, March 18: Award-winning guitarist Stephane Wrembel will stream live from the French Institute Alliance Francaise’s Florence Gould Hall in New York City on Thursday, March 18 at 7:30 p.m. EST. This show is a rare opportunity to see him live in concert performing only his own compositions, and it will feature his band with Thor Jensen on guitar, Ari Folman-Cohen on bass, and Nick Anderson on drums. Click here for tickets. 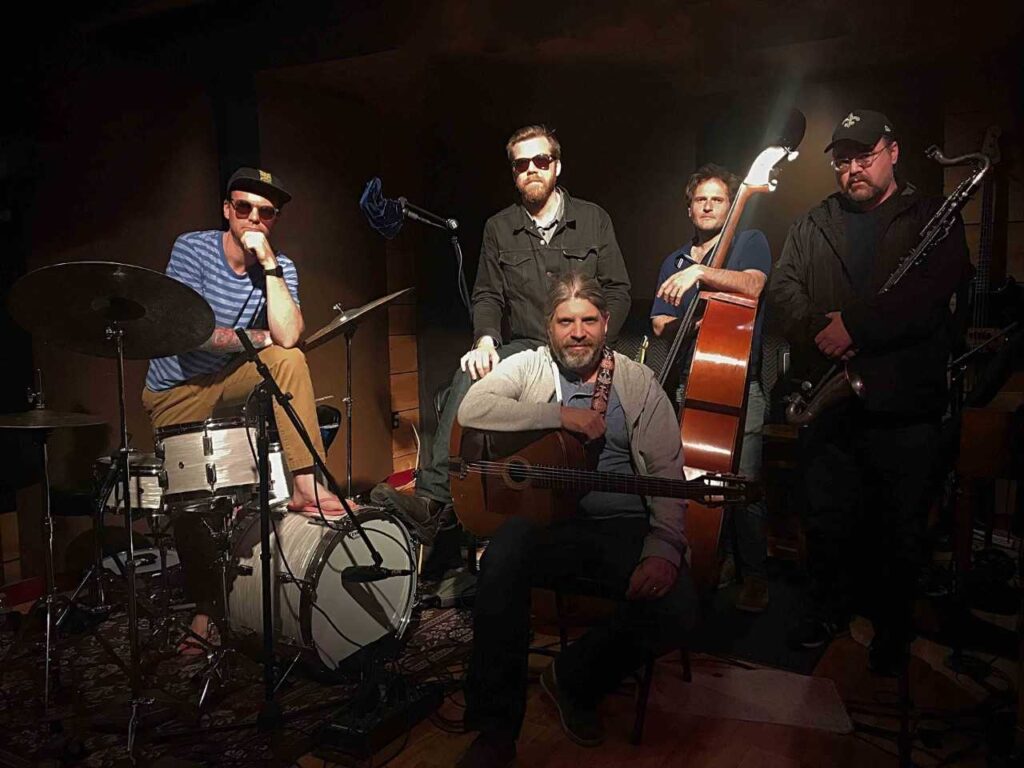 Jen Shyu and Jade Tongue Livestream Concert, April 6: Vocalist/composer/multi-instrumentalist Jen Shyu will perform the genre-defying music from her upcoming album, Zero Grasses: Ritual for the Losses, at Brooklyn’s Roulette on April 6. The performance will feature her Jade Tongue ensemble and will be livestreamed. Click here for more. Zero Grasses is a collection of songs devoted to the marginalized voices of women around the world and a profound elegy to personal loss. It is due out on Pi Recordings on April 23. 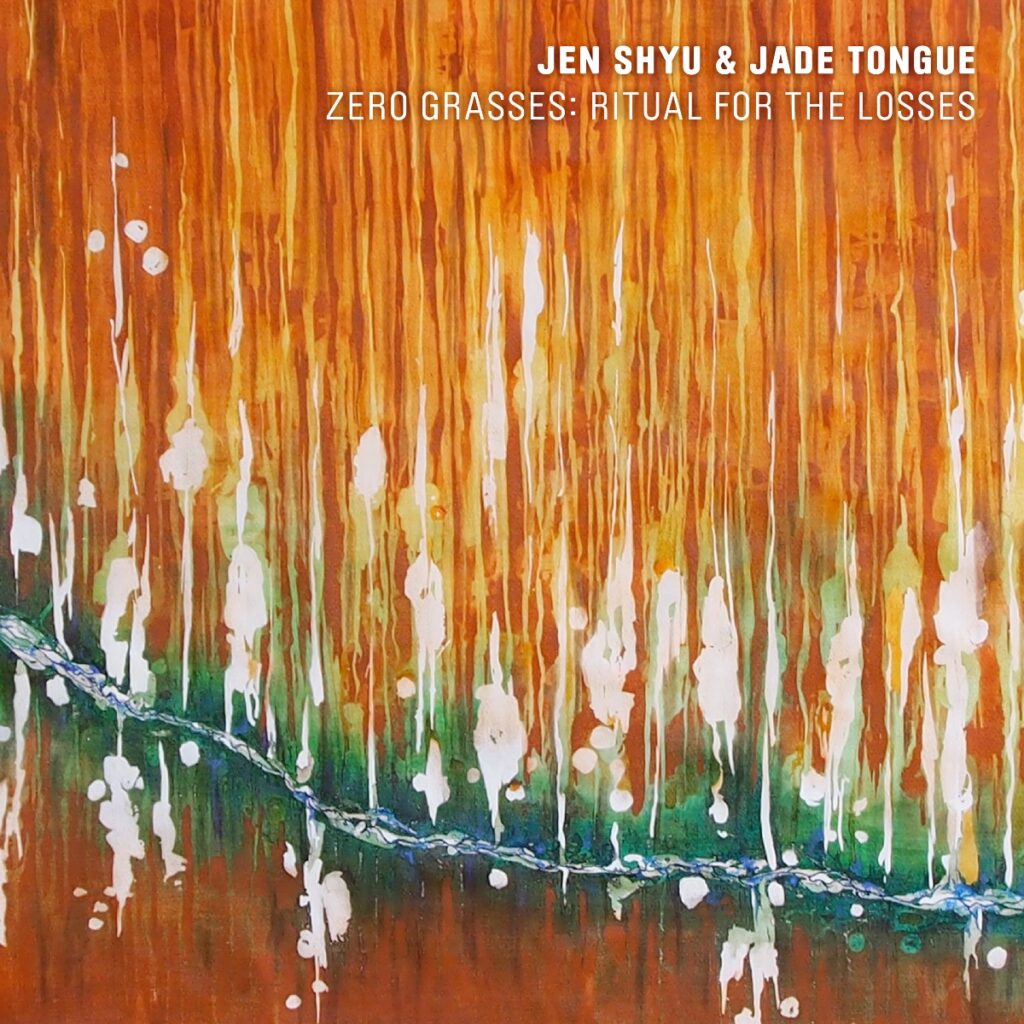 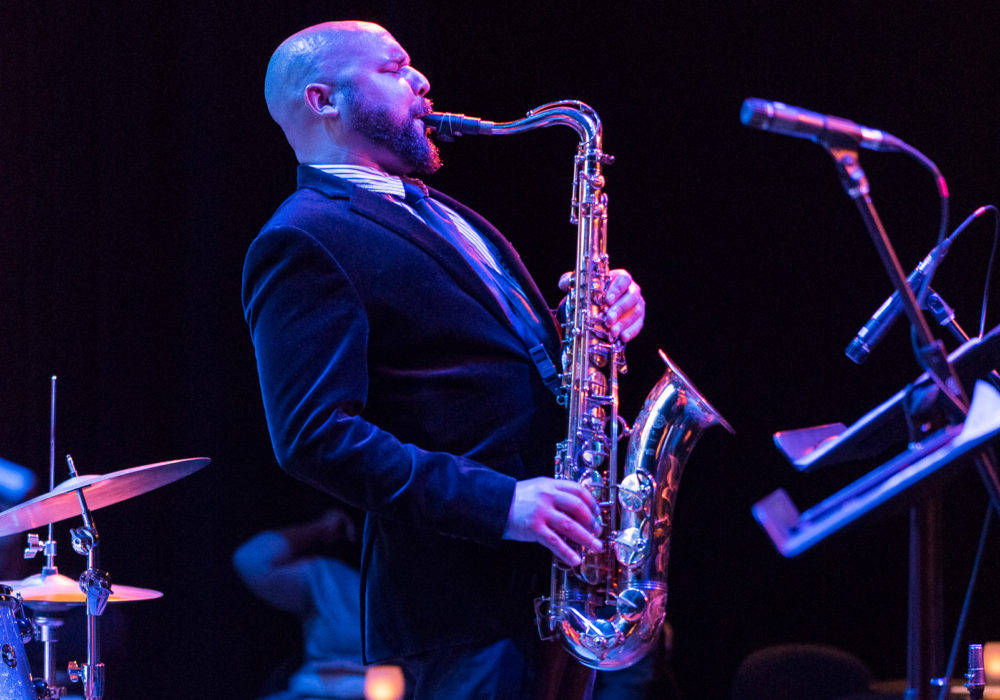 Qwest TV Celebrates Women’s History Month with Curated Playlist: Quincy Jones’ video streaming service Qwest TV has curated a playlist in celebration of Women’s History Month. The selection includes a legendary 1964 performance by Dionne Warwick in Brussels, a Diana Ross concert from 1968 in Paris, and an archival gem from a 1964 performance by Odetta, the “voice of the Civil Rights Movement” among others. Qwest TV places these influential artists alongside more recent and contemporary ones, including a 2018 concert by Lauryn Hill in Switzerland and a 2019 performance by Leyla McCalla, both of whom weave sharp social critique into music that speaks directly to the soul.