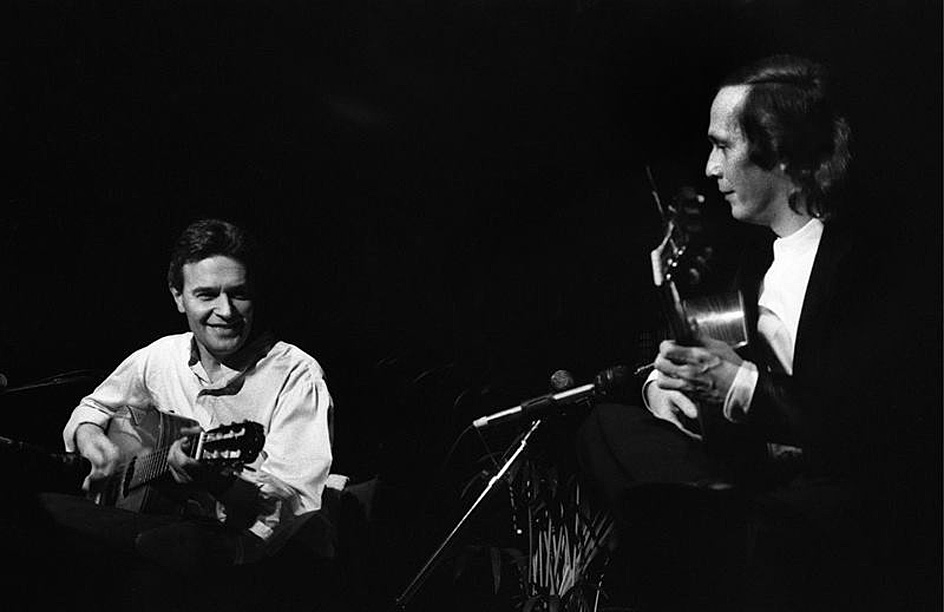 The 1987 Montreaux Jazz Festival concert by guitarists Paco de Lucía and John McLaughlin will be released for the first time ever as a DVD and two-CD set titled Paco & John: Live at Montreux 1987 via Eagle Rock Entertainment on June 24.

The concert was originally filmed on July 15, 1987 at the Montreux Jazz Festival in Switzerland and is presented on the DVD as a 91-minute release in DTS Surround Sound and Dolby Digital 5.1. The project was entirely overseen by McLaughin.

The featured set opens with a solo piece from McLaughlin followed by one by De Lucía, after which the musicians play a series of duets drawn from their solo albums, their work in the Guitar Trio and covers of music written by fellow musicians, such as Egberto Gismonti and Chick Corea.

For more information, go to http://www.eagle-rock.com/