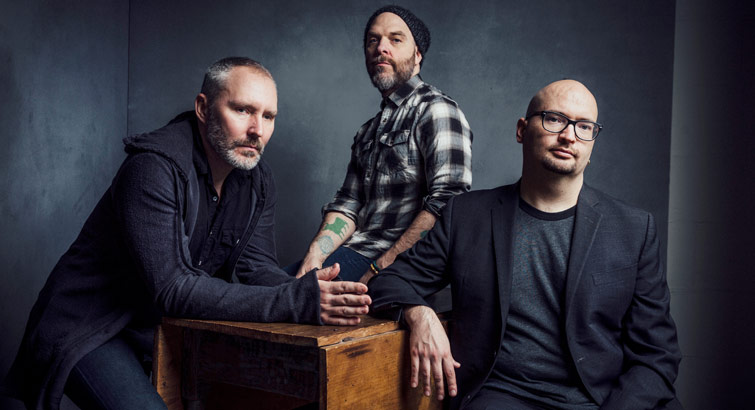 The iconoclastic piano trio The Bad Plus has performed at the TD Ottawa Jazz Festival several times, almost always in inclement weather—ranging from stifling humidity to torrential downpours. On their final visit in their original format (the band has announced that founding pianist Ethan Iverson will be leaving at the end of the year) they finally caught a break.

Originally scheduled to perform in a small indoor venue, the band was shifted to the headlining slot on the festival’s large outdoor stage because Charlie Haden’s Liberation Music Orchestra was grounded by bad weather in New York City.

The late scheduling change clearly affected attendance, with only 1,000 or so people scattered across the grassy area that can accommodate several multiples of that number.

It was unclear whether the band made any adjustments in its set list. Its opening pieces, bassist Reid Anderson’s Prehensile Dream and drummer Dave King’s Wolf Out, sounded more suited to quiet listening than to an outdoor crowd in lawn chairs. The band’s trademark shifting ostinatos and squeaky tight harmonic changes were front and center. A newer addition to the repertoire—Cyndi Lauper’s lovely Time After Time—caught the ear because of the way Iverson avoided the main melody line and emphasized a sprightly clarion flourish that vanquished any memory of trumpeter Miles Davis’ ear-worm version of the song.

But, while turns like that sounded fresh, the band fell back on many of its old signatures, right down to the way that Anderson introduced his band members.

On this night in Ottawa, with the weather finally having dealt them a winning hand, The Bad Plus sounded like a weary band playing out the string.

The Bad Plus – Activate Infinity (Edition)