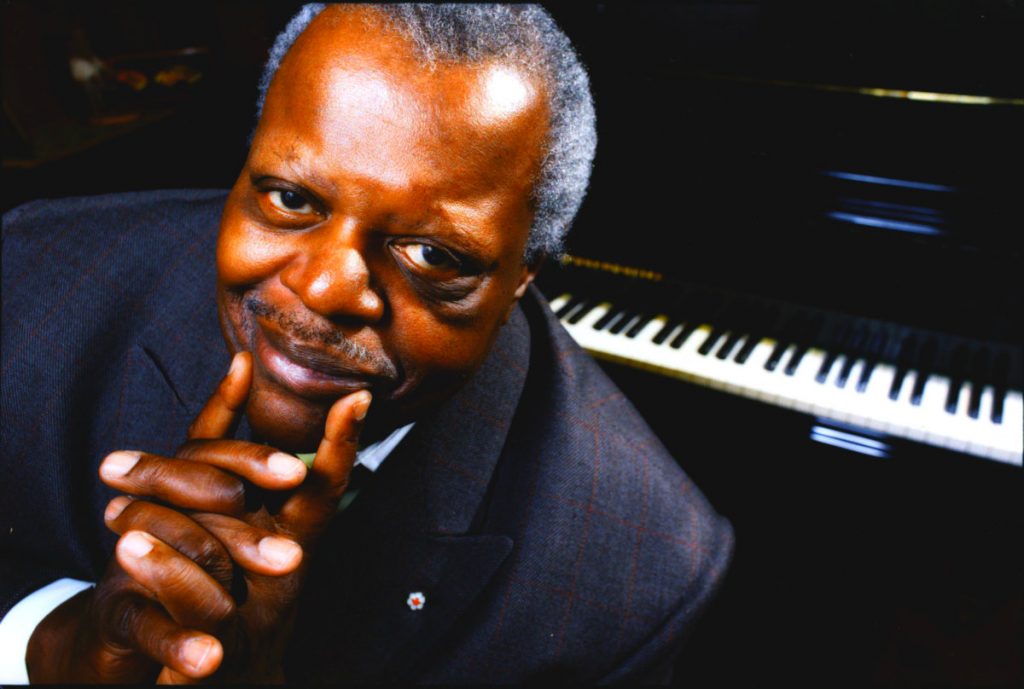 Oscar Peterson, a pianist whose virtuosic skill at the keyboard set a new standard for solo and trio playing, was born on this day in Montreal in 1925. Peterson began his career as a boogie-woogie player, showing remarkable technical facility, athleticism and range. Before he had fully left his teens, he was playing with swing bands led by Maynard Ferguson and other Montreal jazz figures. In the late 1940s, it is said that jazz impresario Norman Granz, in a cab to the Montreal airport, heard a tune by Peterson being broadcasted by a local jazz club, and was so smitten by the music that he asked the driver to turn around and take him to the club. A year later, Peterson was being introduced to a sold-out audience by Norman Granz at Carnegie Hall, and the two would remain close friends and professional partners for the majority of the pianist’s career.

As a bandleader, Peterson has led some of the most important small ensembles in jazz, particularly favoring the trio setting featuring piano, guitar and bass. Over the years, Peterson’s ensembles have served as proving grounds for some of jazz’s most prominent rhythm players, including Barney Kessel, Herb Ellis and Joe Pass on guitar and Ray Brown, Niels-Henning Ørsted Pedersen and Sam Jones on bass. Today’s Song of the Day comes from Peterson’s 1963 album Night Train, recorded on Verve with Ray Brown on bass and the great Ed Thigpen on drums. The tune is “Hymn to Freedom,” Peterson’s ode to the Civil Rights Movement. The song rings with overtones of the African-American church, sounding at once sacred and soulful as it transitions from its psalm-like beginning into its gently swinging conclusion. Peterson died in 2007 and was buried near his home in Mississauga, Ontario.

On the Record: A Brief Glance at 10 Noteworthy London-centric Recordings