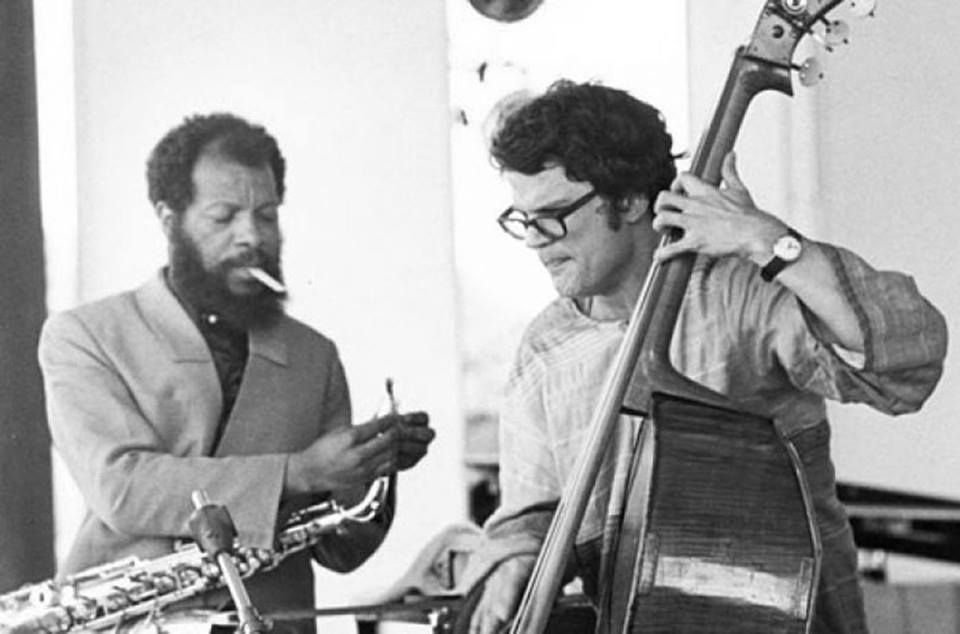 Charlie Haden, one of the most influential bassists in jazz and a musician whose stylistic range stretched from free-jazz to sacred music, was born on this day (August 6) in Shenandoah, Iowa, in in 1937. Raised as a country-western singer in a family of musicians, Haden moved to Los Angeles in 1957 to pursue jazz studies at the Westlake College of Music. During that time, he was also performing in bands led by pianist Paul Bley, saxophonist Art Pepper and pianist Hampton Hawes. Two years later, he was approached by a young saxophone player who was starting a band based on a radical concept: playing music with no preconceived song structure. The saxophone player, of course, was Ornette Coleman, and the group Haden would ultimately join — the Ornette Coleman Quartet, with Don Cherry on trumpet and Billy Higgins on drums — would go on to set the foundation for the free-jazz movement.

“Lonely Woman,” today’s Song of the Day, is the first track of the group’s debut album, The Shape of Jazz To Come. Haden’s bass playing is solid, full-throated and hymnal, sounding almost like the church music of his youth. It’s the perfect complement to Coleman’s plangent saxophone wails and Higgin’s kinetic cymbal splashes.

After his stint with the Ornette Coleman Quartet, Haden would go on to appear on a number of significant recordings with fellow jazz luminaries, including Hank Jones and Pat Metheny. As a bandleader, he captained some of the most progressive ensembles in jazz, such as The Liberation Music Orchestra, Old and New Dreams and Quartet West. Haden died in 2014 at the age of 74, but his legacy lives on. And not just through his music. His four children — Josh, Petra, Tanya and Rachel — are all prominent musicians as well.

Song of the Day: Ornette Coleman, “Theme from a Symphony (Variation One)”