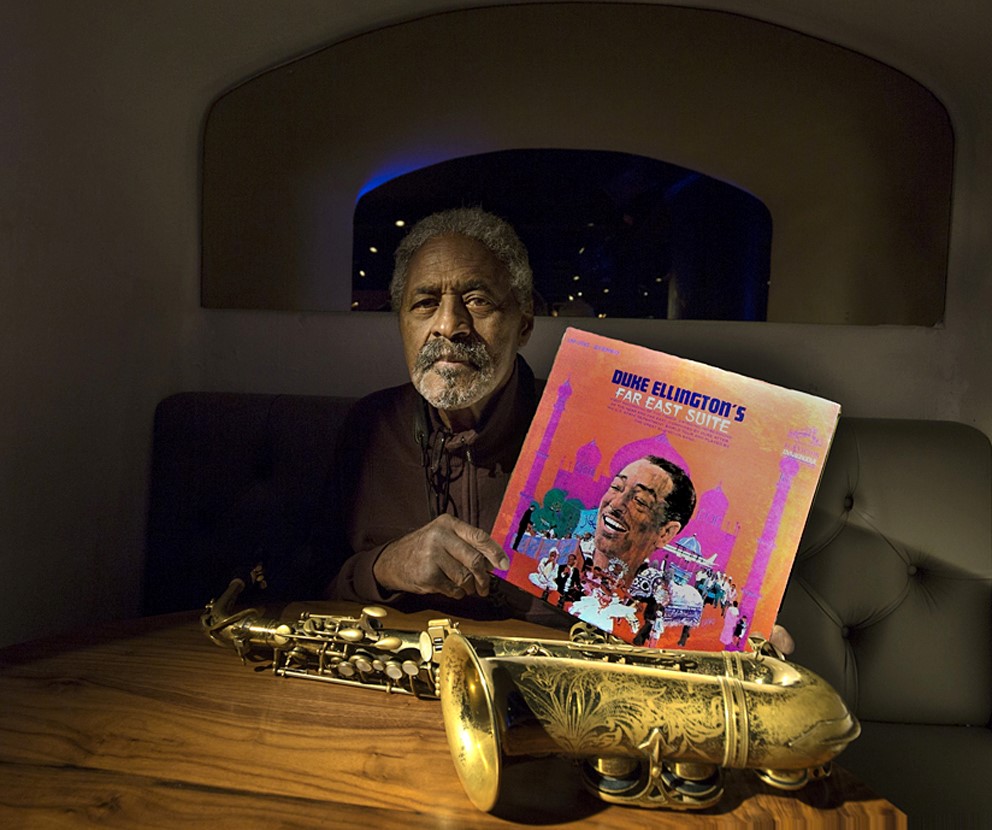 The One LP Project is a unique and critically acclaimed series of portraits and interviews by British photographer William Ellis that explores the inspirational qualities of jazz recordings and the impact that they have on people’s lives. Each portrait features the subject holding a recording that is of fundamental importance to them. The photograph is accompanied by a short interview that explores the meaning and value of the selected album.

Our first portrait of the series comes from alto saxophonist Charles McPherson, a bebop stalwart who spent 12 years in Charles Mingus’ band before venturing out into a career as a soloist. He was the featured alto saxophonist on the soundtrack to Clint Eastwood’s biopic Bird.

Our first portrait of the series comes from alto saxophonist Charles McPherson, a bebop stalwart who spent 12 years in Charles Mingus’ band before venturing out into a career as a soloist. He was the featured alto saxophonist on the soundtrack to Clint Eastwood’s biopic Bird.

His album of choice is Duke Ellington’s Far East Suite, released in 1967 on Bluebird/RCA.

McPherson: “Well, first of all, I love Duke Ellington. I love the way he writes I love his concept of a big band – what to do with them, how to use them.

I love everything about him – his voicing, so anything by Duke Ellington is a gem as far as I’m concerned.

Now, that “Far East Suite” for me occurred many many years ago, so much younger at that point.

I guess, it just had a real impression on me the way that he would take themes and make and them his own. So I mean, he’s taking some of the scales and some of the nuances of of Far Eastern music and actually the way he voices, the chords, how he forms the nuances of that part of the world’s music and scales, and how he uses them in a jazz context and in his context is just very creative. And so that’s one of the things impressed me, along with other albums as well.

Another thing at a very young age – even younger than that was when I heard Charlie Parker play “Tico-Tico” which is part of a series of records that he made that he entitled “South of the Border.” And those were impressive too, and this is I’m 14 -15 years old, when I heard those things.

Now Duke Ellington, the “Far East Suite” – I was much older at that point and of course, heard many other things by Duke Ellington. It was recorded really well, just technically for that time period, the band was great and the music was interesting, a little different.

Yeah, so there’s some really beautiful tunes on there.”