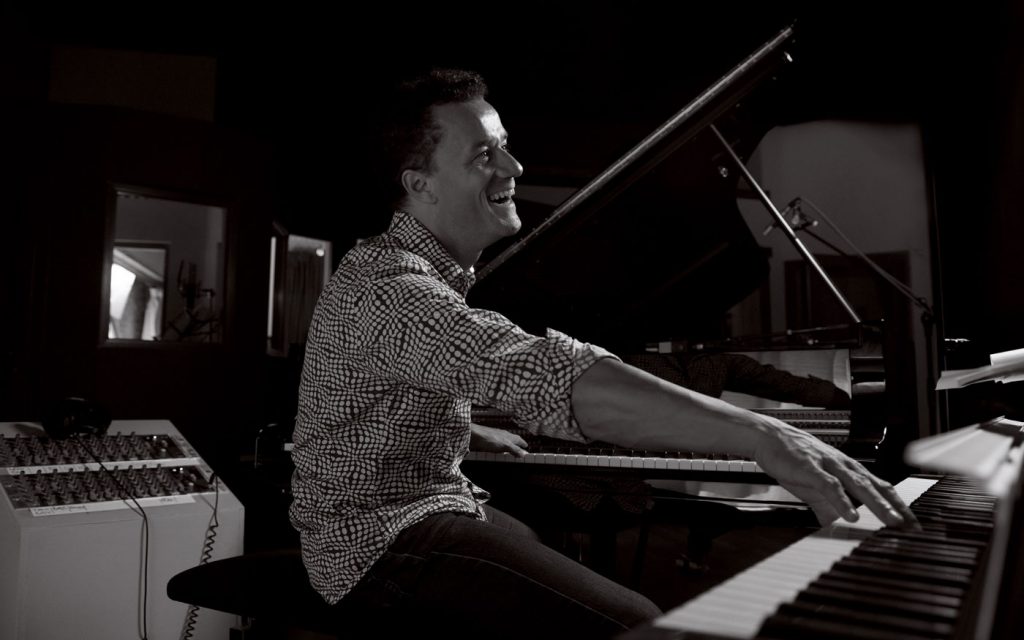 When it came time to make Take This, his first album for the revived Impulse! label, pianist Jacky Terrasson wasn’t in an especially positive place. “I was bummed about breaking up with a dear love at the time of the recording,” he recalls. As the date he was scheduled to enter the studio neared, he concedes that “I was afraid of this having too much impact on my mood, my music — afraid of delivering a sad record.”

That may not have been a problem for some artists. But for Terrasson, such an outcome would have struck his audience as downright baffling. He was dubbed the “piano player of happiness” by Télérama magazine in his native France, and the reason the compliment stuck can be heard in every note he plays. Since bursting onto the international jazz scene as the winner of the 1993 Thelonious Monk Competition, he has earned a reputation as a player who combines innate lyricism and great technical skill in a style that overflows with optimism. “His music makes you want to smile,” says Jean-Philippe Allard, the longtime executive who heads the new Impulse! and produced Take This. “He wants to smile himself, but he also wants you to smile.”

Given his psychological state at the time, Terrasson didn’t figure to be inspiring many grins. “So,” he says, “I forced myself to write something up and positive and happy and joyful.” The result was “KIFF,” the first song on Take This — an exuberant tune featuring guest singer Sly Johnson, whose wordless vocalizing both doubles and perfectly reflects the delightful melody. And afterward Terrasson found that his frown had been turned upside-down. “I absolutely think music has an uplifting power,” he says, “and I enjoy sharing that.”

Terrasson’s appreciation for a wide range of music was a birthright. He grew up in Paris surrounded by beautiful sounds thanks to his parents: his French father, Jacques, a computer coder whose passion away from the job was playing the works of classical music’s greatest composers on the family’s piano, and his American mom, Rhunette, who became a jazz fan in part because of an unusual immersion in the life and work of a genre giant.

Song of the Day: Jacky Terrasson, “I Should Care”