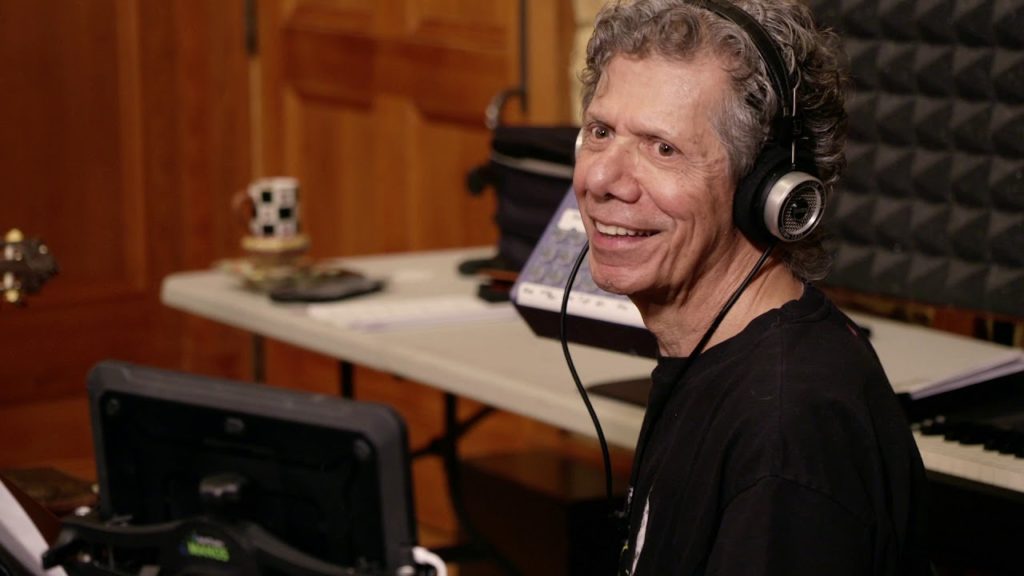 Just recently, the city of Concord, California, celebrated 50 years of hosting the Concord Jazz Festival, which made its triumphant return to the Concord Pavilion after a 15-year hiatus. The fest, held August 3, was a showcase for the label’s biggest names, including bassist Esperanza Spalding, saxophonist Dave Koz, vocalist Jazzmeia Horn and the legendary Count Basie Orchestra. Also on the bill was pianist Chick Corea, who appeared with his famed Spanish Heart Band to perform music from the group’s new album, Antidote. The album is a tribute to one of Corea’s longtime musical passions —flamenco — so it was fitting that the group had just flown in from Spain.

Globetrotting, it turns out, is something Corea is quite comfortable with. The pianist has fans in every corner of the world, and many have been fortunate enough to see him live. In other words, he’s a well-seasoned jazz traveler, and here, we ask him about some of his favorite international cities, his advice for surviving those long plane rides and some of his fondest travel memories.

Where is your favorite city for food?

Generally, the first thing that comes to mind is … anywhere in Italy! It’s usually, though not all the time, a beautiful culinary experience. And I also love the Japanese prepare food. I like Japanese food a lot. But you know, you can find good chefs and good restaurants in a lot of different places.

Do you recall a particularly good dish?

I went to Naples one time about five years ago. Bernie [Kirsh], my audio engineer and good friend, and I went for dinner to an outdoor place. They presented us with a very simple looking spaghetti with a red sauce. It was the most delicious thing I’ve ever tasted in my life. So I asked about it, and there was a name to it. It was called pasta scarpariello. And I have no idea what it means. I would ask around other areas of Italy: “Can you make pasta scarpariello?” And they would all say, “What? Never heard of it.” So I found out that it was very local dish. And it was very special.

What is your favorite city for architecture?

Vienna is a particularly beautiful city for architecture. And, of course, I love New York. I like to tool around New York quite a bit. But Europe in general — especially in Italy in Spain — they keep their old stuff well preserved. And I love the way they keep their old stuff. That can be really beautiful, you know? These 400- or 500-year-old areas of a city. It’s just stunning.

Is there a particular place or time in history that fascinates you?

The ’60s (laughs). I was still young and learning and a new resident of New York City, where all my musical heroes were. So everything about that particular history is really interesting to me. But you know, one thing I discovered about history is that, when you learn about history from a current publication or a history book, you’re really only getting the viewpoints of one person at a time. The guy who wrote that book said what he thought happened, and that notion kind of took my interest in history way down. I mean, it tends to be almost hearsay (laughs).

You know that anecdote about the four people watching the same car accident from four different corners? And how if you ask each one to describe what happens, you’ll get four different descriptions? That’s true. So all the stuff I grew up reading in school about Napoleon or Columbus when you read the real story later on, you go, “Hey, man, what’s going on here? Who’s the source of this information?”

What’s a non-musical thing you can’t travel without?

You know, I’m re-evaluating that these last few days, because my clothing bag got left in Toulouse, and they can’t find it! All of these cool little things that I had and these old clothes — just gone. So I really made the decision that next time I go on the road, I’m going to travel so light. I’m going to have like one or two pair of pants, two or three shirts. I’m gonna clean them all the time.

But something I can’t do without? I don’t know, maybe my headphones?

Can you sleep on planes?

Not a good sleeper on the plane, no. Unless I’m wiped out. I usually try to wait until we get to wherever we’re going, then I can crash in a real bed.

Do you have a go-to souvenir?

I don’t, actually. I stopped buying stuff in trinket shops a long time ago. I get nice gifts every now and then, though. Like, right now in Spain, there’s a political thing going on right now where Catalans want to separate from the rest of Spain. One guy just for fun gave me this bright yellow shirt that said, “Catalan: We Want Freedom” or something like that. That was kinda cool. So it’s gifts that I hang on to. Trinkets, not so much.

What is one of your fondest travel memories?

There was one family vacation in the whole of my life that will indelibly be etched in gold and bronze in my memory. And that was my mother and father’s 50th anniversary. I threw them a big party. And I took Anna (my mother), Armando (my father), Gale (my wife) and my two children, Thaddeus and Liana, all to Italy. Because my parents were Italian, but they were first-generation born in the United States. They lived their whole lives speaking Italian but never visited their homeland. So I took them for the first time to Italy for this anniversary.

To pay for the trip, I booked two solo piano gigs. So I played the two gigs and literally had the money from the gigs in a paper bag, and my travel agent says, “You know, Chick, we got an offer to play another gig in three days for a concert in another town. What do you think?” And I said, “Yeah, let’s do it!” And what started out as a one-week trip turned out to be a six-week journey all through Italy, Athens, Sicily, Sardinia — just doing piano solo gigs that came up like five days in advance. We traveled all of us together. And it was a glorious time. I have such great memories of that.