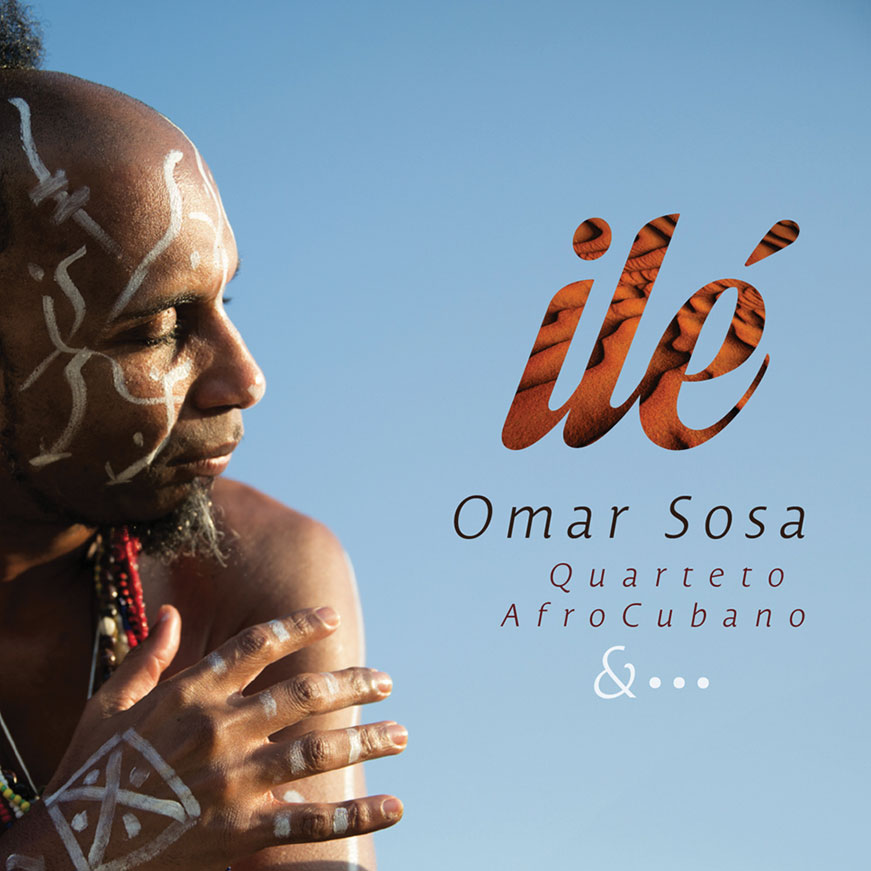 Throughout a career spanning almost 20 years and more than two dozen recordings, Cuban pianist and composer Omar Sosa has cut a distinctive musical path. After leaving Cuba and resettling in Ecuador in 1993, Sosa, now a resident of Barcelona, Spain, more closely realized the connections between seemingly disparate African-rooted cultures.

In Sosa’s world, the Afro-Ecuadorians in Esmeraldas, on the northwest coast of Ecuador; the rumberos in Matanzas, Cuba; and the hip-hoppers of Oakland, California — another former home base — have more in common than it might appear from afar. Sosa’s global, pan-African approach encompasses orisha music, jazz, hip-hop, rumba and Moroccan gnawa music — he views them all as dialects of the same mother tongue. In fact, his latest album, Ilé, takes its title from the Yoruba dialect Lucumí, and translates as “home.” Fittingly, it marks a reunion of sorts, as well as a summing up.

Featuring a quartet that includes Leandro Saint-Hill on reeds and Sosa’s childhood friend Ernesto Simpson on drums — both from the pianist’s hometown of Camaguey — and his longtime collaborator Childo Tomas, from Mozambique, on bass, Ilé suggests a return home with a lifetime of lessons learned. Other contributors include percussionists Pedrito Martínez and maestro Eladio “Pancho” Terry, saxophonist Yosvany Terry, guitarist Marvin Sewell and flamenco singer José “El Salao” Martin.

The album’s centerpiece, “Old Afro a Baba,” celebrates the Santería deity Obatalá. The track starts with an electric guitar and a sample of the late, great ritual singer Lázaro Ros, then unfolds through an African-style guitar, a neo-1940s Afro groove, batá drumming and the English vocalizing of singer Kokayi. It’s a journey to the roots, around the world and back, in seven-plus minutes. Ilé also includes a rumba-flamenco-tinged remake of Sindo Garay´s “La Tarde”; a salute to street conga (“Mi Conga”); an elegant mambo-cha-cha-cha (“Sad Meeting”); a beautiful ballad (“4U”); and several “Momentos,” free improvisations based on African field recordings that function as interludes. In Sosa’s world, you’re never far from home. —Fernando Gonzalez