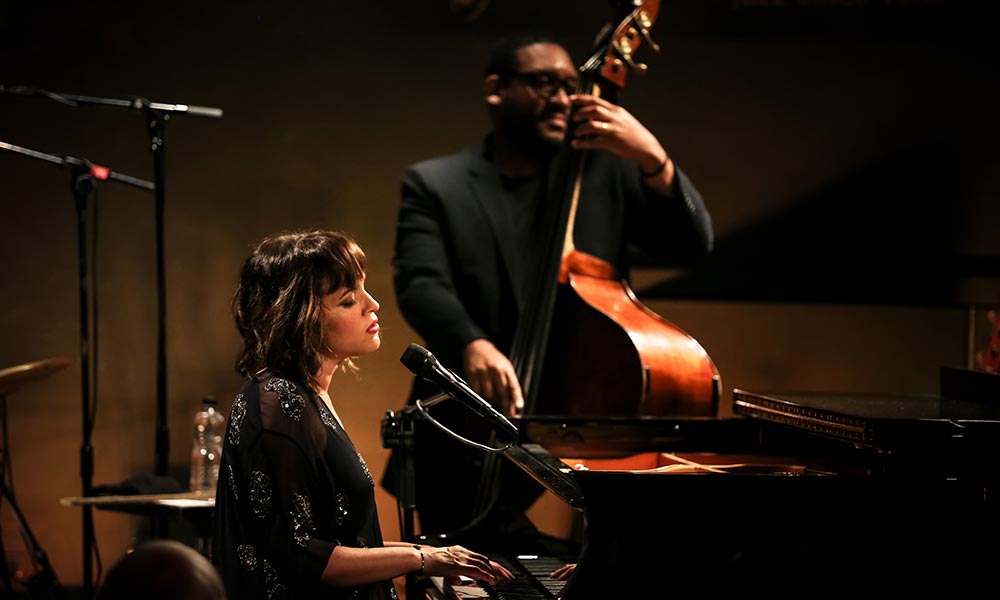 Norah Jones’ DVD and Blu Ray release Live at Ronnie Scott’s will be out on June 15 via Eagle Rock Entertainment. It features her trio performance at the famed Ronnie Scott’s jazz club in London, United Kingdom, with drummer Brian Blade and bassist Christopher Thomas.

The stripped-down, sold-out, intimate show displays Jones’ hypnotic re-connection with the piano and her return to her jazz roots in a classic jazz trio setting. Much of the material comes from her 2016 release, Day Breaks, her sixth solo album. Watch a performance of the Day Breaks song “And Then There Was You” from Live at Ronnie Scott’s in the player below:

Live at Ronnie Scott’s opens with a searing rendition of “Sleeping Wild” and closes with her Grammy Award winning hits “Don’t Know Why” and “I’ve Got to See You Again.” Another highlight is the group’s beautiful version of Duke Ellington’s “Fleurette Africaine (African Flower).”

Bonus features on the DVD and Blu-Ray include an in-depth pre-show interview filmed at Ronnie Scott’s and the bonus track “Burn.” To pre-order Live at Ronnie Scott’s, go to http://www.eagle-rock.com/norah-jones-ronnie-scotts