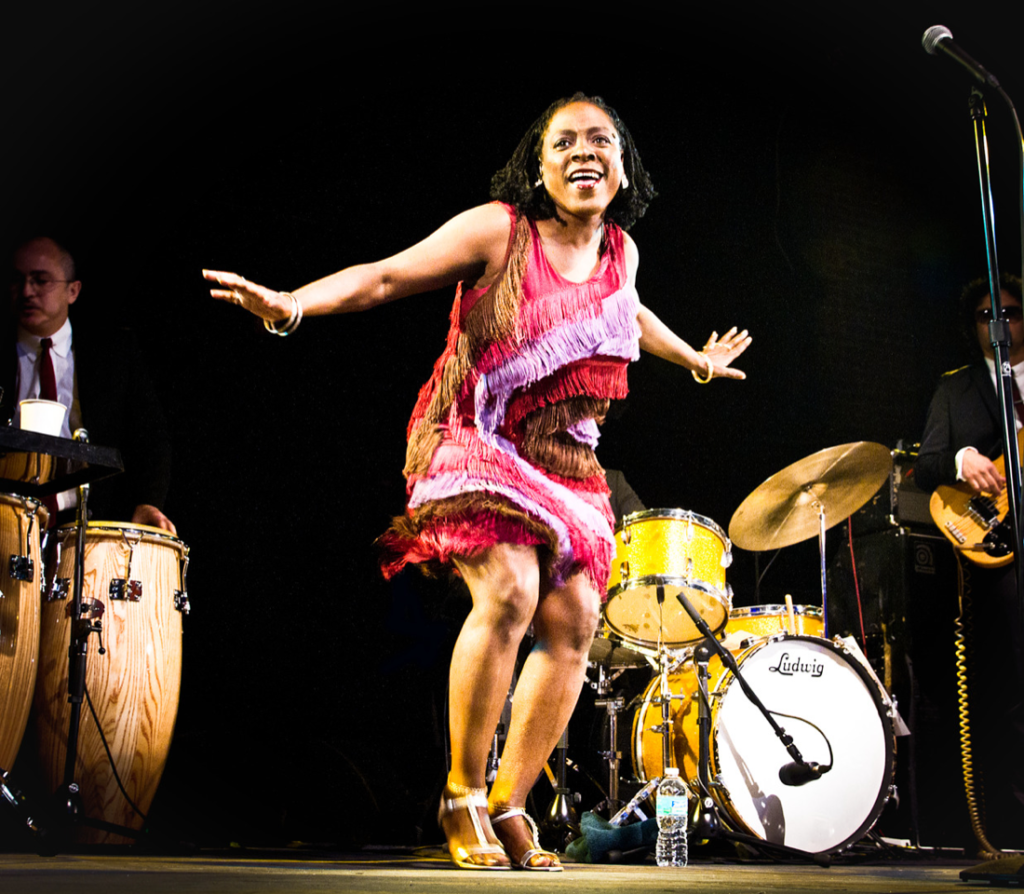 The legacy of the late, great Sharon Jones lives on …

Daptone Records proudly announces Just Dropped In (To See What Condition My Rendition Was In), a batch of previously unheard material by Sharon Jones & the Dap-Kings, out digitally October 23rd. The compilation includes five never-before-heard covers and other fan favorites that have been previously released in various formats — many of them iconic numbers, including lead single “Signed Sealed Delivered I’m Yours”, originally made famous by the legendary Stevie Wonder.

These covers span acts ranging from Janet Jackson to Woody Guthrie, showcasing Jones’ and the Kings’ eclectic taste and superb musicality. Over two decades, Sharon Jones & The Dap-Kings built a reputation as studio aces, and this album compiles some of their most popular, as well as completely unreleased, renditions — originally recorded on their own or for commercials, movies, and TV shows.

Often, in an effort to save the expense of licensing an original master from a major label, a music supervisor may request a song be re-created as closely as possible. Such was the case when a well-known bank asked the band to cut Stevie Wonder’s classic, “Signed, Sealed, Delivered I’m Yours” for a TV commercial, or when Hank Shockley asked for a perfect replay of Bad Medicine’s funky instrumental, “Trespasser” for the American Gangster soundtrack.

Both “Rescue Me” and “In the Bush” were among the outtakes on the cutting room floor of The Wolf of Wall Street motion picture soundtrack, for which the band recorded several unused sides. “Just Dropped In (To See What Condition My Condition Was In)” was not just a remake of the Kenny Rogers’ First Edition hit, but more specifically a near re-play of Bettye Lavette’s 1968 version, and was notably the very first recording done at the Daptone House of Soul studio in 2002. Likewise, the band’s replay of Gladys Knight’s “Giving Up” was specifically requested but unused by a producer who was confident he needed it to sample for a beat on a Dr. Dre album.

“Little by Little,” “Inspiration Information,” “Here I Am Baby,” and “Take Me with U” were cut for tribute projects to Dusty Springfield, Shuggie Otis, The Marvelettes, and Prince, respectively. The latter of which is a perfect example of the way the band was able to take a familiar tune and completely flip it on it’s head.

Of course, there were also many non-contracted covers over the years that the band cut of their own volition, starting with the complete re-invention of Janet Jackson’s “What Have You Done for Me Lately” on their 2001 debut LP, Dap-Dippin’ with…, which convinced more than a few fans that Sharon’s version was in fact the original after a counterfeit news article surfaced claiming that Jones was suing Jackson for copyright infringement. Sharon’s heart-wrenching take on Bob Marley’s early Wailers ballad “It Hurts to be Alone” is a tender nod to the soul that Jamaica borrowed from the States in the early sixties.

Though the band has mostly built their career on a prolific catalog of originals, these forays into other artists’ compositions lay bare their gift for arrangement and the unmatched studio prowess that earned them their reputation as The Baddest Band in the Land.

Just Dropped In… comes as Jones’ second posthumous release following the group’s most recent album, Soul of a Woman (2017). Jones passed away in 2016 from pancreatic cancer.

Song of the Day: Stevie Wonder, “My Cherie Amour”