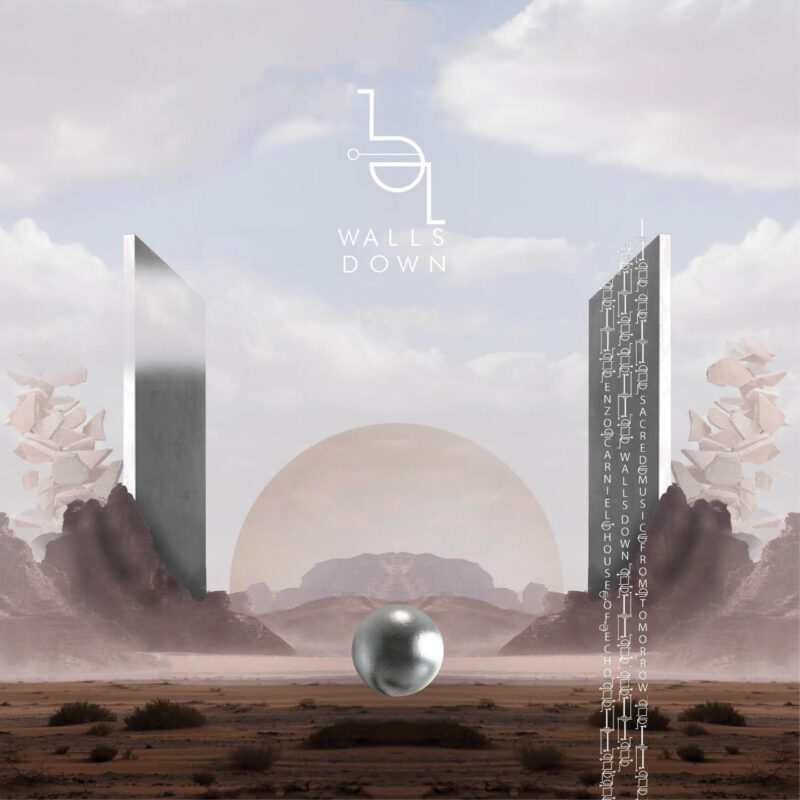 Enzo Carniel is a French pianist born in 1987. He began studying classical piano and discovered jazz during adolescence. After 5 years of Medicine at the Faculty of Marseille, he decided to devote himself entirely to Jazz music. He joined the Conservatoire National Supérieur de Musique Paris (CNSMDP) in 2010 In June 2015, he won the CNSMDP first prize and the “generative improvisation prize” His research and all his collaborations give rise to the quartet “House of Echo” where long improvised pieces and compositions are mixed. He’s influenced by Paul Bley, Keith Jarrett, Monk, and many others…

Inspired by the use of mise en abîme by Jorge Luis Borges (notably in "The Circular Ruins"), or by science fiction writer Alain Damasio, my starting point for the creation of WALLSDOWN was a post apocalyptic short story, in which wreckers roam the world to tear down walls through sacred musical rituals. Their path symbolizes the attempts of opening and freeing minds faced with the high stakes of our contemporary world. I drew inspiration from the musical genres influencing the modern artist: starting with jazz, House of Echo's mother tongue, then using electronic music, ambient, trap, repetitive music and contemporary music.

Field recording and sound design were used to illustrate the album: sounds of stones recorded on location symbolize the walls. I highlighted three different stages in the evolution of sounds: first the raw sonic material unchanged by man (the sound of stones), secondly the acoustic instruments (symbolizing the physicality, the materiality of Man, the body), thirdly electronics (a product of the abstract mind). I thereby imagined a relationship between the different sonic planes of this music, going from the earth to the spirit (from stones to electronics), a form of timeless connection through which the material and the spiritual intertwine.

By adding key phrases, mantras punctuating the album, my wish is to create a complete sonic universe, giving this project as much scope as possible, a holistic and boundless dimension.