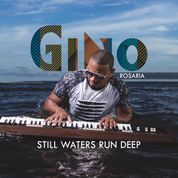 Gino Rosaria, born and raised in Curaçao and now residing in Florida, has made his debut into the contemporary jazz scene with a billboard charting album “Still Waters Run Deep”. His radio single “Night Groove” from that album made it onto Billboard and XM Radio within the first week. Gino has performed for years as a sideman for artists such as Adam Hawley, Althea Rene, Karen Briggs, Kim Scott, Paula Atherton, and more. He won the Akademia Music Award for best Funk/Fusion with his Groove Symphony project. Gino has also performed numerous times on national television and major jazz festivals.