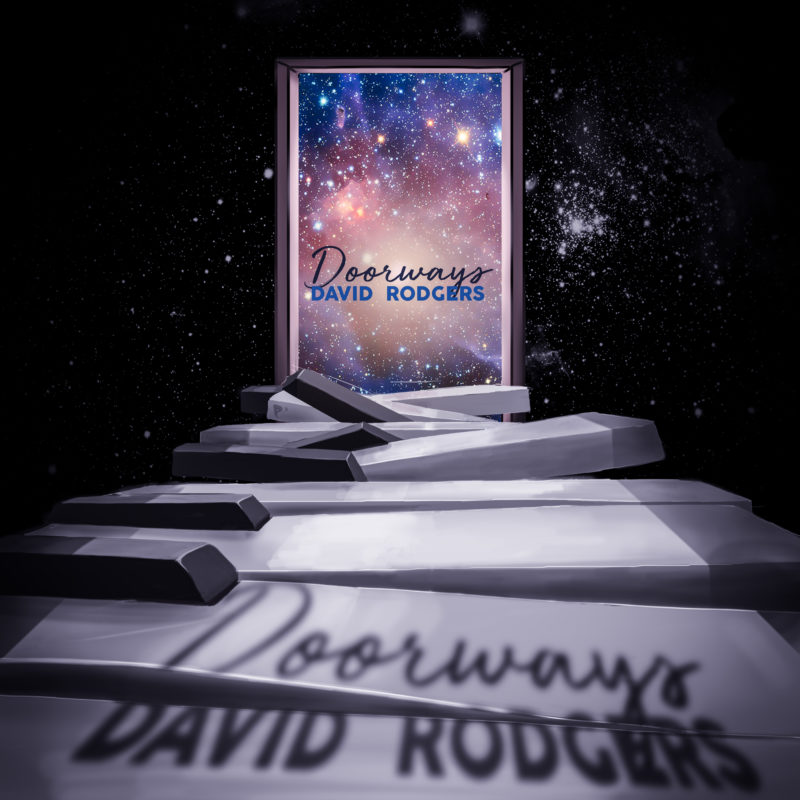 Genre-bending artist, David Rodgers has combined his classical training and jazz roots in his sophomore album, Doorways, which is now available through all streaming platforms and digital retailers.

Rodgers invited nearly 50 Nashville-based musicians to contribute to the ten tracks that constitute the album, which is an honest reflection of Jazz and improvised instrumental music. All of Rodgers’ diverse inspirations, implications and truths are interwoven through the tracklisting. He hopes that people feel a connection to his music as they listen through the album. “Without trying to dictate a prescribed experience, I hope the diversity in the music reflects the truth of diversity in our environments,” explains Rodgers.

From songs that were influenced by Jazz in the 1950s and 1960s to others which were written while on tour, Rodgers has chosen pieces that compositionally reflect the musical environment of Jazz in Nashville and highlight the strengths the musicians he worked with on the project.

Following the release of his debut album, Songs For a Generation, Rodgers has toured worldwide performing everywhere from the Hollywood Bowl in L.A, to the Montreux Jazz Festival in Switzerland. Time off the road gave Rodgers the time to pour into this new project. Consisting of all of his own original compositions and arrangements, it is music that blends the influences he discovered while on the road with the hip-hop generation he lives and creates within.

Since graduating from Vanderbilt Blair School of Music, Rodgers life has been a whirlwind of change. He began touring with Blues legends, Keb’ Mo’ & Taj Mahal as part of their 2017-2018 TajMo International Tour and has continued to tour with Keb’ Mo’s band as keyboardist and musical director. Due to his extensive resume, Rodgers sound is a culmination of many influences. Doorways provides the listener a glimpse into his constantly changing musical scenery.

About David Rodgers: California native and current Nashville resident, David Rodgers is one of the most exciting young talents on the Jazz scene today. Currently an active member of Keb’ Mo’s band as keyboardist and musical director, he has also toured or performed with musicians including Taj Mahal, Kirk Whalum, and Jeff Coffin worldwide at the Montreux Jazz Festival, North Sea Jazz Festival, and the Playboy Jazz Festival, among many others. David is a graduate of Vanderbilt University’s Blair School of Music where he pursued both classical and jazz piano performance.