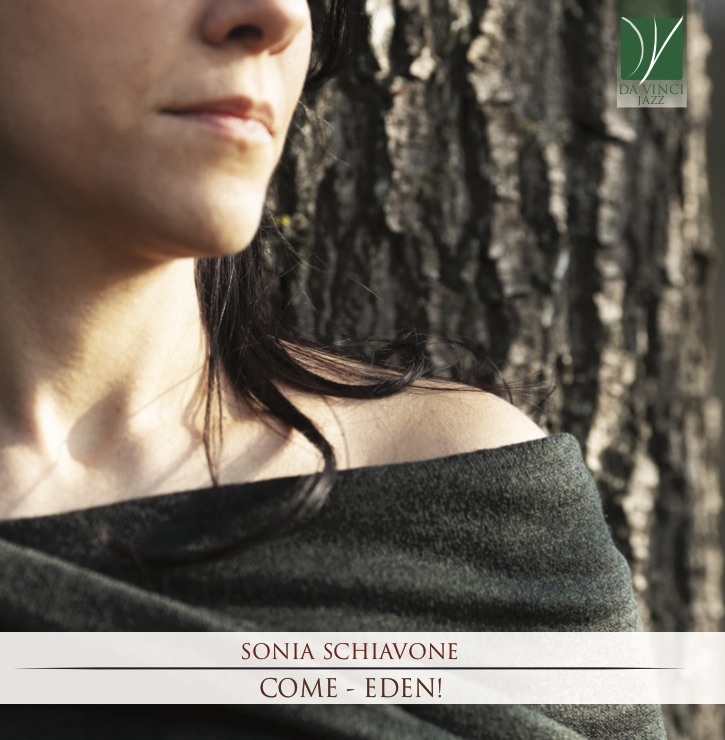 Italian jazz singer, she began her studies of classical music at the age of seven, later continuing in the field of jazz music, by following many courses and workshops with internationally famous teachers, such as Sheila Jordan, Sandy Patton, Maria Pia De Vito, Bob Stoloff, Diana Torto, Garry Dial, John Riley, Mike Abene, John Taylor, Ben Allison, and many others. She earned a degree in Jazz with the highest score at the Conservatory N Paganini of Genoa with a with a dissertation about Wayne Shorter’s music. As a professional musician, she co-operated for twenty years with numerous Italian jazz musicians.

“Come – Eden!” aims at being an album inspired by the sound of contemporary jazz, in a drumless, chamber-music atmosphere, which can bring out the sound of the various instruments. My original compositions are three: “Come – Eden!”, which lends its name to the album, “We will forget him” and “Day”, all inspired by as many intense poems by Emily Dickinson, as well as by the music of great composers I love, such Horace Silver, Kenny Wheeler, Wayne Shorter, Joni Mitchell, Michel Legrand, while searching, by means of my voice, for an intimate and expressive world. Dickinson’s poetic style is essential; every element is elegantly chosen and functional to the overall result, rich in metaphors and capable to express the essence in few synthetic words, so that extraordinary meanings are excerpted from the most common things; thus it was a great inspiration for my music and for myself. In this album are found also some of “My favorite things”, i.e. some songs I like most in these years: each piece has been carefully selected in view of the sound I could obtain through my arrangements. I have written original lyrics over a beautiful instrumental piece by Chick Corea, “Windows”, and I have adapted a text by Jean Carn set to “Contemplation”, evoking and imagining an atmosphere of meditative introspection! Enjoy your listening!” Sonia Schiavone

All tracks are arranged by Sonia Schiavone