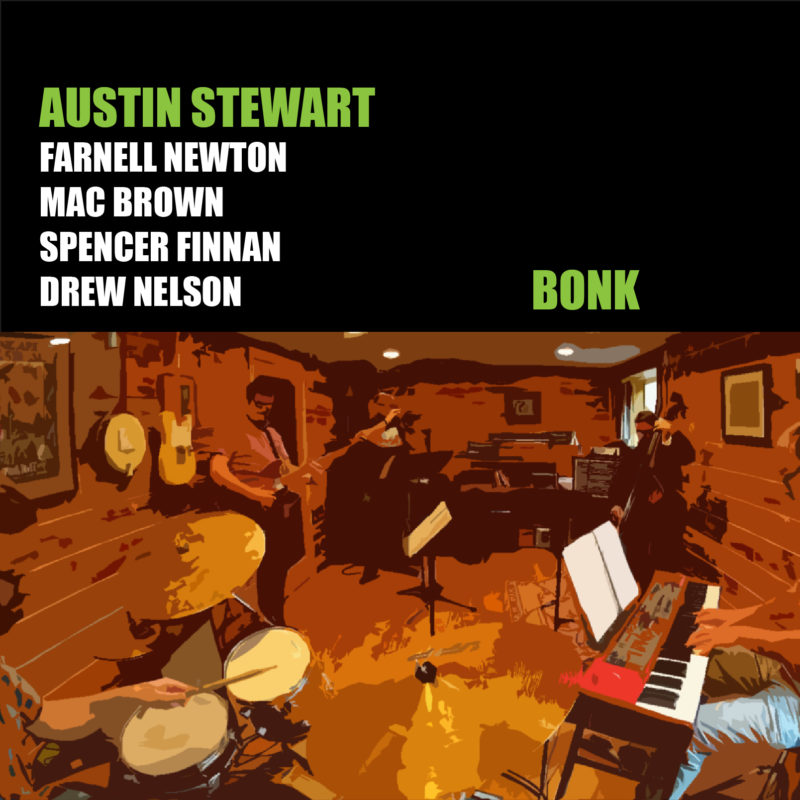 Bonk is a drummer and composer Austin Stewart’s third album of original music, a blend of instrumental grooves, jazz and funk. The album features trumpeter Farnell Newton (Jill Scott, Bootsy Collins, Dumpstaphunk, Lettuce, Karl Denson), along with Mac Brown (guitar), Spencer Finnan (keys), Drew Nelson (bass), and Austin Stewart (drums/composer). The album was recorded on April 30, 2017, in Portland, Oregon. All songs were written, recorded and mixed by Austin Stewart and mastered by Adam Gonsalves, Telegraph Mastering. Bonk follows Stewart’s prior albums, Looking for a Sign (2015) and Shake It Out (2013).