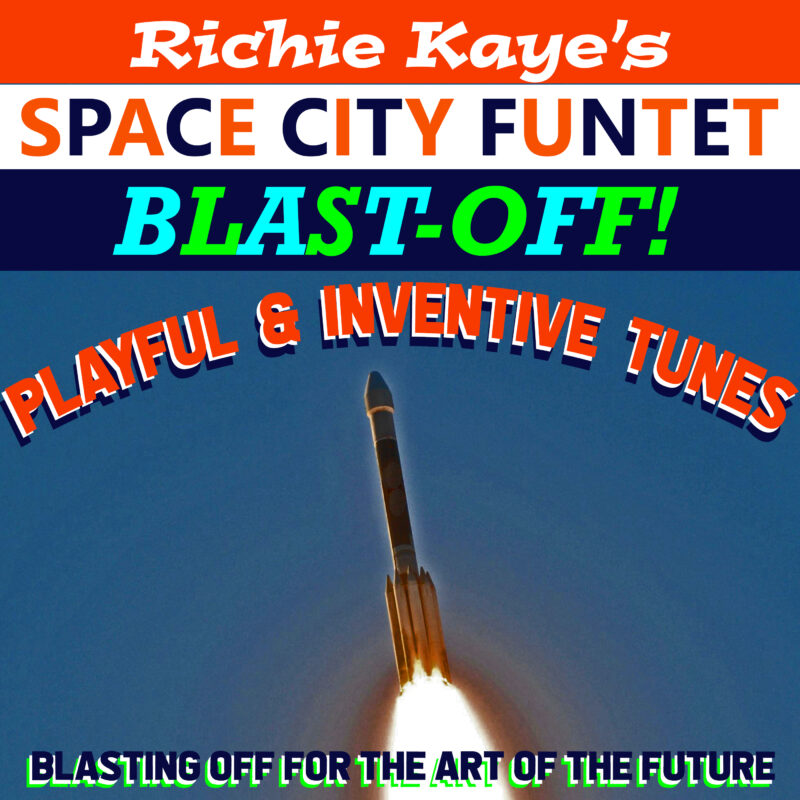 BLAST-OFF! (Freshen Up Records) is an album of 17 new compositions for voice, saxophone, clarinet, guitar, piano and bass, intended to accompany films, TV shows and commercials that haven’t yet been created. They’re playful and inventive and joyful and fun: music written to herald the new FutuRetro Age. We’re blasting off into the art of the Future! Fondly reminiscent of the Space Age music of the 1950s, the playful and inventive music on this album recalls its mirthmaking melodic ancestry but completely renewed and refreshed for the FutuRetro Age to come. You may hear in these arrangements the influence of Raymond Scott, Lyle Murphy, Martin Denny, Bill Hitz, Esquivel, Gil Melle, Enoch Light, Alan Hawkshaw, Bill Finegan, Don Sebesky, Marty Paich, Claus Ogerman and Alain Romans.

Thomas Helton (string bass, tuba) has performed an extensive repetoire including jazz, classical, heavy metal and the avant-garde, many of which compositions he created for ensembles and choreographers in the US, Europe and Taiwan. Among the performers he’s shared the stage with are Tim Hagans, Milt Jackson, Daniel Carter, Monty Alexander, Frank Gratkowski, Ernie Watts, Rufus Reid and many others.

Sam Kuslan (piano, junior hay ho) is a singer and pianist based in New Orleans, LA. He leads his own pop and jazz bands, tours with funk group Naughty Professor and commemorated the 100th anniversary of the United States’ National Park Service as musical director and leader of the National Park Service Centennial Band.

Richie Kaye’s Space City Funtet is based in Houston, Texas, where all ignition systems are GO!