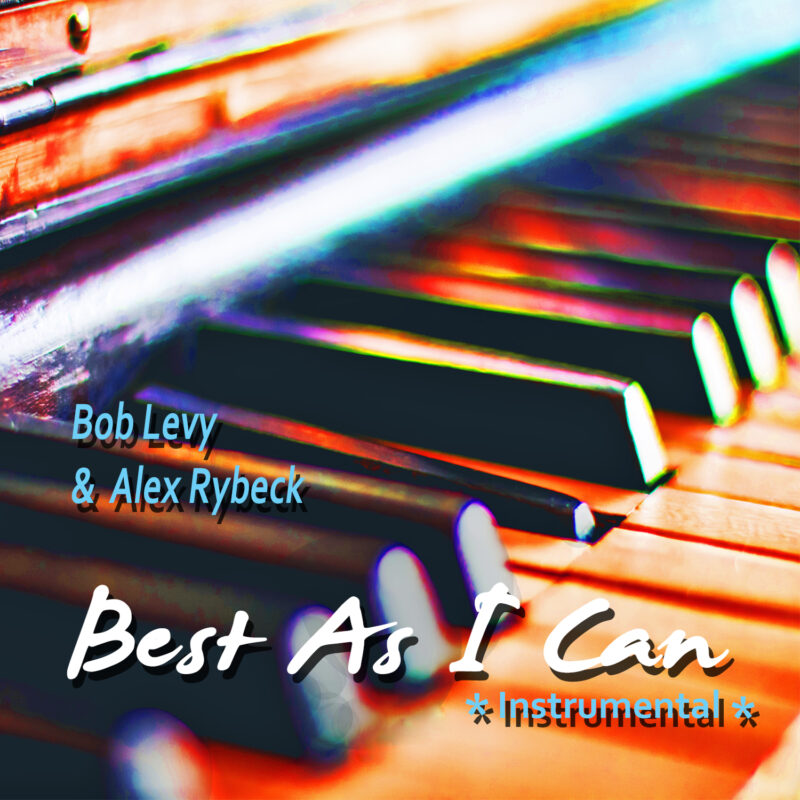 Bob Levy is an ASCAP songwriter. His jazz song ‘Paris Without You’ was featured in the Touchstone film ‘You Again’. His songs have also been featured on TV in ‘Lethal Weapon’, ‘Wet Hot American Summer’, ‘Quantico’, ‘Girlfriends’ Guide’, ‘Saving Grace’, ‘The Glades’, ‘Hung’ and ‘Greek’ and in the 2017 Canadian movie, ‘Bruno & Boots’.
Alex Rybeck is a composer, arranger, and pianist who has worked with George Abbott, Hal Prince, Tommy Tune, and Burt Bacharach He has served as musical director for numerous Broadway and cabaret stars, including Faith Prince & Karen Mason.

BEST AS I CAN