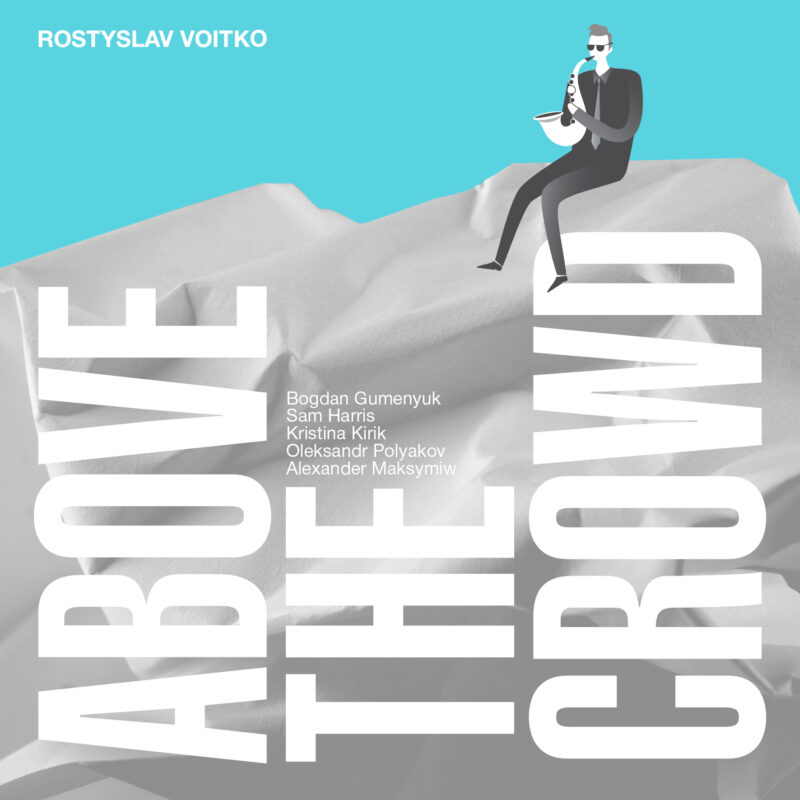 Rostyslav Voitko is a saxophonist and composer. Born in 1998. Based in Kyiv, Ukraine. His debut album “Above The Crowd” was recorded in Berlin, Germany. Album consist of 9 original tunes, greatly influenced by Blue Note Era and Rostyslav’s own experience and experiments. Sam Harris – famous pianist, who plays with Ambrose Akinmusire, Ben Van Gelder and many other young lions, took part in recording. Alex Maksymiw – Canadian with Ukrainian roots based in Berlin, played guitar on two tracks. Kristina and Aleksandr made the album swinging hard. Tenor part and organizational process was leaded by Bogdan Gumenyuk.