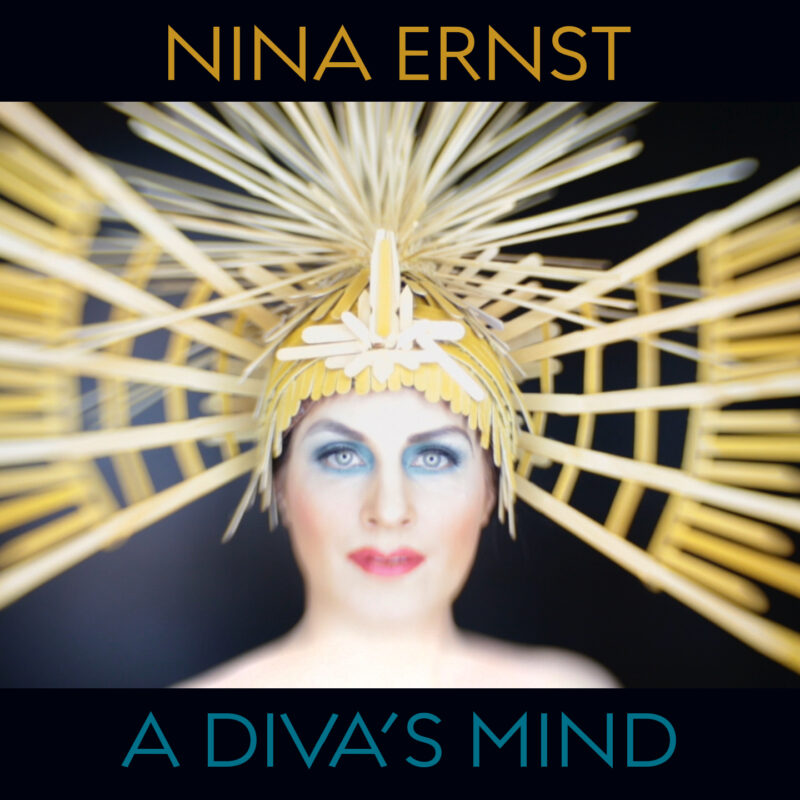 Nina Ernst is a singer and actress, based in Berlin, Germany.
In 2009 she recorded the Bossa Nova CD “Nina Ernst canta Jobim” (Label: Fina Flor) in Rio de Janeiro, which received many good reviews in Brazil Even Bossa Nova legend Leny Andrade praised it.
In her newest music and video project „A Diva’s Mind“ high class artists from both São Paulo and Berlin came together in a very creative process of cooperation. The album „A Diva’s Mind“ (Label: Fina Flor) was released in 2019.

„What a pleasure to experience all the various Ninas. Sensual, sensual, super sensual. Dieterchen gets lead into a surreal bar and Nina’s voice embraces his heart, soft but with conviction.“
Dieter Meier (Yello)

„I have seen your videos. I find them extremely beautiful with an impeccable plasticity and a very good taste.“
Roberto Menescal

Originally it was supposed to be a CD to a self-written music comedy show about a failed diva. The result was a complex international music and video project. Nina Ernst, who released the highly acclaimed Bossa Nova CD "Nina Ernst canta Jobim" at the label Fina Flor in Rio de Janeiro nearly 10 years ago, met the star photographer Gal Oppido (for Vogue, among others) in São Paulo on one of her numerous tours in Brazil.
Since the musical production of "A Diva's Mind" took place in Berlin at the same time and Gal Oppido liked the music very much, it turned out that he produced artistic videos of the recordings and included São Paulo's avant-garde artists in the production.
Inspired by international divas such as Sophia Loren, Carmen Miranda, Rosemary Clooney, Peggy Lee and Marlene Dietrich, Nina chose 14 classical songs in six different European languages, which are associated worldwide with the aforementioned performers.
Always respecting the original melody and inspired by modern influences; sometimes hypnotic, atmospheric and moving freely between jazz, rock, ambient and folk. Sensual, swinging and sometimes powerful; these classical songs deliver an emotional, yearning soundscape.
The album was produced, arranged and mixed by American bassist Max Hughes and percussionist Andreas Weiser and also the rest of the band is made up of top jazz musicians from the Berlin scene.
In 2019 the CD „A Diva’s Mind“ was released at the label Fina Flor (Rio de Janeiro, Brazil).