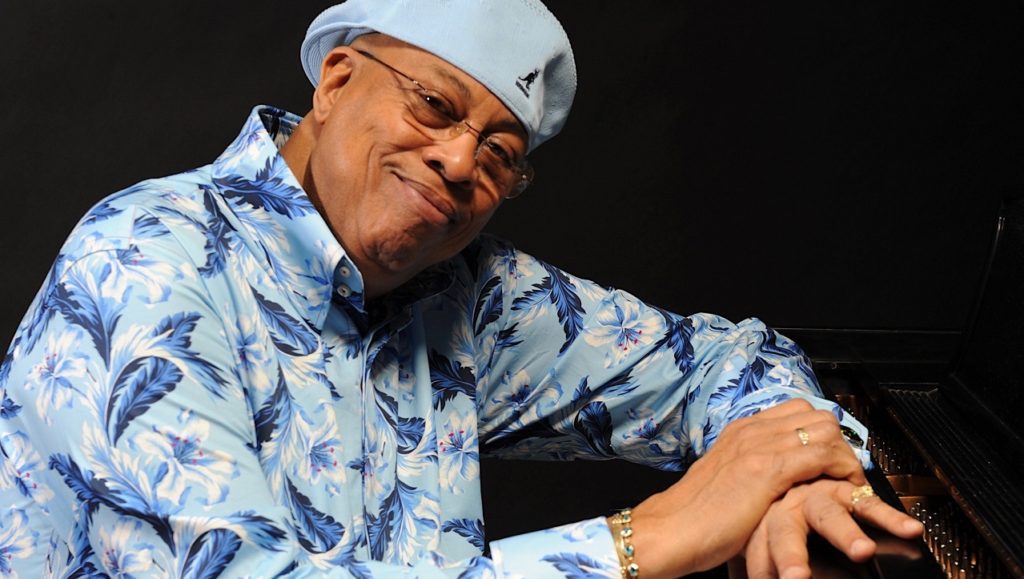 For jazz fans, Friday is more than just a stepping stone to the weekend. It’s the day when new albums are released and new music fills the air. If you’re wondering just which albums will catch your ear, we’re here to help. We’ve combed through the list of albums coming out today to bring you some of our absolute favorites. From an instant classic by a Latin jazz master to a box set featuring music from John Coltrane’s most pivotal year, here are six albums you can add to your collection right now.

Jazz Batá 2 is composer, pianist and bandleader Chucho Valdés’ first album for Mack Avenue Records, marking a new chapter in the artist’s career even as he revisits the small-ensemble Latin jazz from his landmark 1972 album Jazz Batá. Recorded in two and a half days at John Lee’s studio in New Jersey, Jazz Batá 2 merges galvanizing Afro-Cuban rhythms with lyrical modern jazz, all while channeling the profound musical essence of batá, the classical music of West Africa. All of the three supporting musicians – Yaroldy Abreu Robles, Dreiser Durruthy Bombalé and Yelsy Heredia – are from the Guantánamo region and have deep roots in Cuban musical culture as well as being conservatory-trained. Jazz Batá 2 also marks the centenary of Valdés’ late father and teacher, Ramón “Bebo” Valdés. These two giants of Cuban music shared a birthday – October 9 – so Bebo’s 100th will be Chucho’s 77th. Order on the Mack Avenue website.

Aaron Goldberg, At the Edge of the World (Sunnyside)

For his latest album, pianist Aaron Goldberg reunites with drummer Leon Parker after 20 years, rekindling a musical relationship that in the past has provided many sparks and no shortage of fireworks. The two musicians met in the 1990s in New York, where they formed a close fruitful partnership. After Parker had completely disappeared from the jazz world for nearly a decade, he was called on by Goldberg to perform a show in France. This unlikely reunion led to touring, a grant and the forthcoming album. The duo is joined by bassist Matt Penman for a program of calm, elegant originals and covers of tunes by associated with Bobby Hutcherson and Ahmad Jamal. Order on the Sunnyside website.

Brainfeeder X is a 36-track album that celebrates 10 years of fearless output by this iconic crossover jazz label. Founded by DJ-producer Flying Lotus (aka Steven Ellison, grand-nephew of Alice Coltrane), Brainfeeder served as an early home to artists like Kamasi Washington and Thundercat, who would go on to radically alter the state of jazz on the West Coast. The album’s list of contributors doubles as a short list of the millennium’s best young talent, including keyboardist Brandon Coleman, vocalist Taylor McFerrin and the hip-hop-obsessed jazz quartet BadBadNotGood. Order on the Brainfeeder website.

Vibraphonist Joe Locke’s year got off to a great start — beginning with an induction into the World Vibes Congress Hall of Fame alongside Milt Jackson — and continues to get better with the release of Subtle Disguise, his 36th album as a leader. The album, which features vocalist Raul Midon, guitarist Adam Rogers, saxophonist David Binney and pianist-vocalist Alina Engibaryan as special guests, walks an ambitious middle path between emotion and intellect, merging the visceral quality of traditional American roots music with the cerebral quality of contemporary jazz. Joining Locke on the effort are stalwart accompanists Jim Ridl on piano and Lorin Cohen on bass, as well as rising star Samvel Sarkisyan on drums. Order on the Origin Records website.

Strings 1 and Strings 2 are the first of seven recordings to showcases the powerful duo of Brazilian free-jazz saxophonist Ivo Perelman and violist Mat Maneri. These musicians have worked together on and off since 2013, producing several outstanding albums, but here they are joined by additional artists that bring new contexts to the pair’s outstanding exploratory work. It’s not the first time Perelman has featured a close collaborator in a series of albums, having done so with great success with drummer Gerald Cleaver and pianist Matthew Shipp. Such projects present Perelman as master TK, adding and subtracting reagents to affect the results, and they represent an ambitious segment of his discography. Order on the Leo Records website. 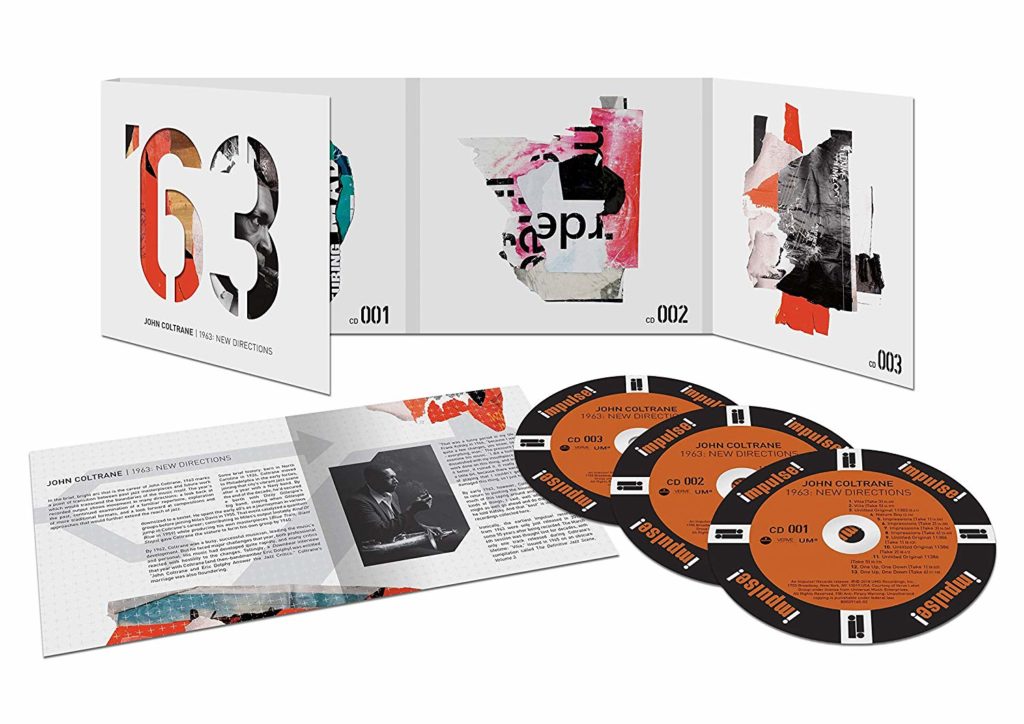 Pivotal year. Pivotal tracks. That’s the catchphrase behind this new collection of John Coltrane tracks from Impulse Records. The box set, released today and available in five-LP or three-CD versions (as well as streaming on digital services) collects every take recorded by the legendary tenor saxophonist in 1963, the year he recorded such noteworthy albums as t features material from Coltrane’s recordings during that year from the albums John Coltrane and Johnny Hartman, Dear Old Stockholm, Newport ‘63 and Live at Birdland. The box set also features tracks from the recently unearthed collection Both Directions at Once: The Lost Album. Buy it here.