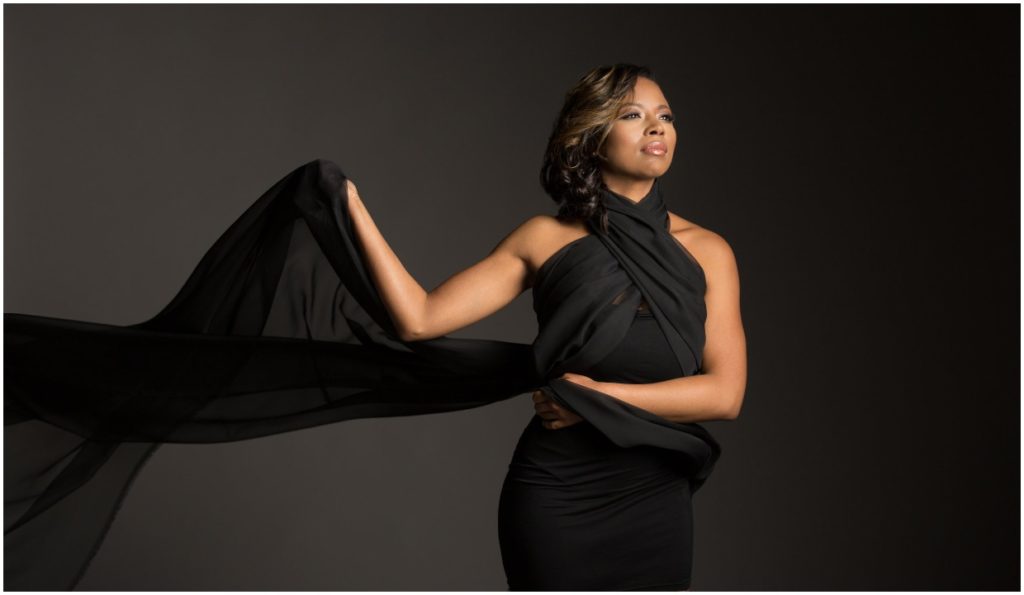 Looking for some Monday motivation? There is no better way to start your week than by discovering some new music. With this list, we bring you five jazz songs that are new and diverse – from an orchestral reimagining of an immortal cover by the much-missed Eva Cassidy to the incendiary sounds of the progressive Norwegian wave of jazz-rock. This week, we also bring you the premiere of a video documenting a live performance from this year’s San Jose Summer Jazz Fest by one of today’s greatest jazz singer-songwriters and more tunes to help you start your week the right way.

JAZZIZ presents the premiere of a video of singer-songwriter Tiffany Austin’s live performance of “Blues Creole” from this year’s San Jose Jazz Summer Fest, directed by Stephen Partridge. “Blues Creole” evokes pioneering Louisiana Creole accordionist Amédé Ardoin, who was killed for interacting with a white woman at a dance. It is one of four original compositions by Austin from her latest album, Unbroken, which finds her plunging into the whole river of sound that’s sustained black life in America since before the nation’s founding. “The idea behind this album is that the African-American spirit remains unbroken,” she explains via a press release. “After all of the things we go through, we’re still here, joyfully creating great art and great music.”

Seth Walker, “Giving It All Away”

Singer-songwriter and guitarist Seth Walker shared “Giving It All Away,” the first single from his forthcoming tenth studio album, Are You Open?, out on Royal Potato Family on February 15. The melodies and rhythms on this album were drawn from Walker’s time spent in Havana, Cuba, and filtered through his split-screen life in New Orleans and Nashville. “For a lot of these tracks, the grooves were born first and the lyrics came after,” he explains via a press release. “That was a new way of writing for me, and it’s a big reason this album has a different flavor. I aim to try something new every time I record, so I end up learning a little bit more about myself with each release.”

Singer-songwriter Sampha performed a special, profound version of his new song, “Treasure” on The Late Late Show with James Corden last week – accompanied by Kamasi Washington, Kelsey Lu, Robert Glasper and serpentwithfeet. “Treasure” is from the soundtrack of the film Beautiful Boy, directed by Felix Van Groeningen (The Broken Circle Breakdown) and stars Steve Carrell as a father helping his son, played by Timothée Chalamet, overcome a drug addiction. “I wrote ‘Treasure’ after seeing the film for the first time,” Sampha said in a statement, claiming the dynamic between the two lead characters “really resonated with me on an emotional level, and ‘Treasure’ is my response, filtered through the lens of my own experiences.”

The Hedvig Mollestad Trio is an incendiary group led by lead guitarist Hedvig Mollestad that is at the forefront of the thrilling progressive wave of Norwegian jazz-rock. Ahead of the January 18 release of their new album, Smells Funny, the group shared its opening track, “Beastie, Beastie,” which showcases their ability to blend the full force of heavy rock and electric jazz. As with previous albums, Smells Funny was mostly recorded live in the studio with only minor overdubs. It also finds Mollestad truly coming into her own, further venturing with her trio into the free and open landscapes already explored on previous albums, particularly 2016’s Black Stabat Mater.

Conductor-arranger William Ross and producer-arranger-engineer Joachim van der Saag fell in love with much-missed vocalist Eva Cassidy during a project they worked on that featured one of her songs. They decided to reimagine three of her songs backed by the London Symphony Orchestra, the first of which is “Autumn Leaves.” This version was created by isolating Cassidy’s 1996 live vocal performance of the popular tune, originally recorded at her native Washington D.C.’s Blues Alley Jazz Club, and by combining it in a new orchestral arrangement. “We hope Eva’s fans… both old and new… will appreciate this way of hearing her and be, once again, under the magical ‘spell’ of her transcendent artistry and eternal soul,” says Ross.”

Song of the Day: Eva Cassidy and The London Symphony Orchestra, “Autumn Leaves”

Watch new music video by Richard Russell’s Everything is Recorded