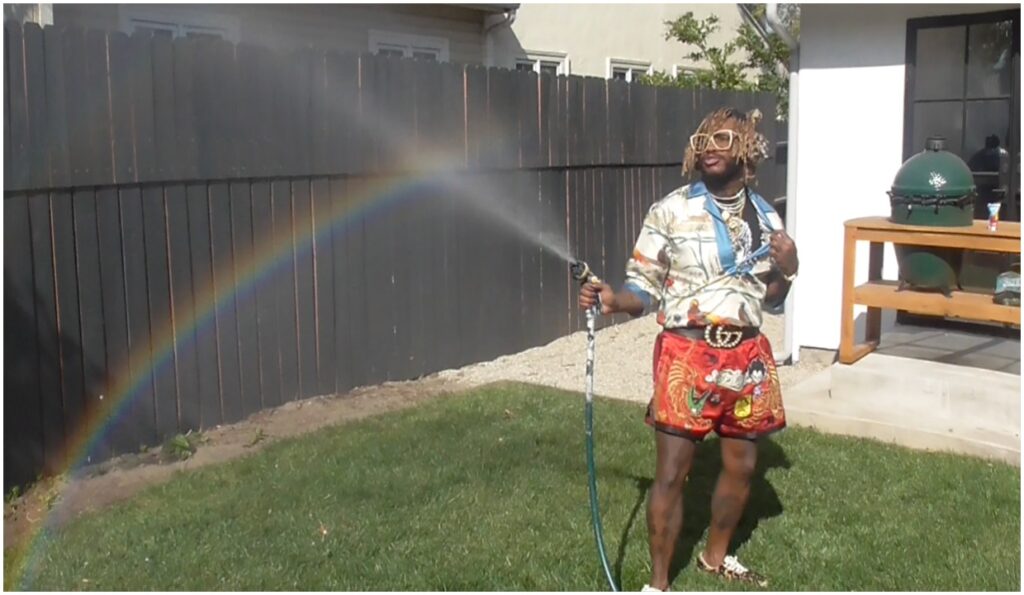 Looking for some Monday motivation? We’ve got you covered. From Japanese anime love to a Civil Rights Movement anthem reimagined, here are five new songs that you can listen to right now to start your week the right way.

Thundercat expresses his love of humor in music and his passion for cult Japanese anime Dragon Ball Z on “Dragonball Durag.” “If you can’t laugh at this stuff, you might as well not be here,” says the jazz virtuoso. “Dragonball Durag” is the second single from his upcoming album, It Is What It Is, due out on April 3 via Brainfeeder. The LP is produced by Flying Lotus and features musical contributions from Ty Dolla $ign, Childish Gambino, Lil B, Kamasi Washington, BADBADNOTGOOD, Louis Cole, and Zack Fox.

Lara Downes, “I Wish I Knew How It Would Be To Be Free”

Some of These Days is the newest project by genre-fluid pianist Lara Downes, and a musical reflection on social justice, freedom and equality. The album is a collection of reworked freedom songs due out April 3. One of these songs is Billy Taylor’s Civil Rights Movement anthem, “I Wish I Knew How It Would Be To Be Free,” popularized by Nina Simone on her 1967 album, Silk & Soul. Downes explains in the liner notes that when she recorded this song, she had the efforts of the Equal Justice Initiative on her mind, “the urgency to end mass incarceration and challenge systemic racial and economic injustice.”

Bassel & The Supernaturals is a group that fuses neo-funk/soul music with Syrian influences and awareness, led by singer/songwriter Bassel Almadani. Their new album, Smoke & Mirrors, is due out April 17, and showcases their idiosyncratic sound, which the bandleader has coined “Syrian Heart. Chicago Soul.” “Smoke” is the fourth single from the album. The song tells the story of Almadani’s experience as a first-gen Syrian/American using soulful melodies, funk-inspired grooves and captivating lyrics regarding love, loss and the war in Syria. Click here to preorder Smoke & Mirrors.

Singer/songwriter Kim Dawson teams up with keyboardist extraordinaire on a brand new single, “Try.” The song, out via Color Red, is described as an anthem for those striving to reach their full potential and who need a little encouragement to overcome the fear of putting themselves out. It features a well-rounded sound with lush chords and grooves that Dawson explains via a statement is “a culmination of all my training and experience in jazz, soul and R&B. And I finally get back to singing how I love to sing.”

Laila Biali, “Take Me to the Alley” (VIDEO PREMIERE)

Vocalist/pianist Laila Biali’s forthcoming album, Out of Dust, will be released on March 27 via Chronograph/ACT. The LP includes a version of Gregory Porter’s “Take Me to the Alley,” and this video features a live acoustic, alternate take of the song captured in one take at Trinity St. Paul’s United Church in Toronto, Canada. “I played this at my friend Wendy’s memorial. It was her favorite song by Gregory Porter; and she was the one who took me to see him live at the Koerner Hall, not long before she passed away,” she shares.

Q&A with Thundercat: New Album ‘It Is What It Is’ Helps Us Embrace the Change