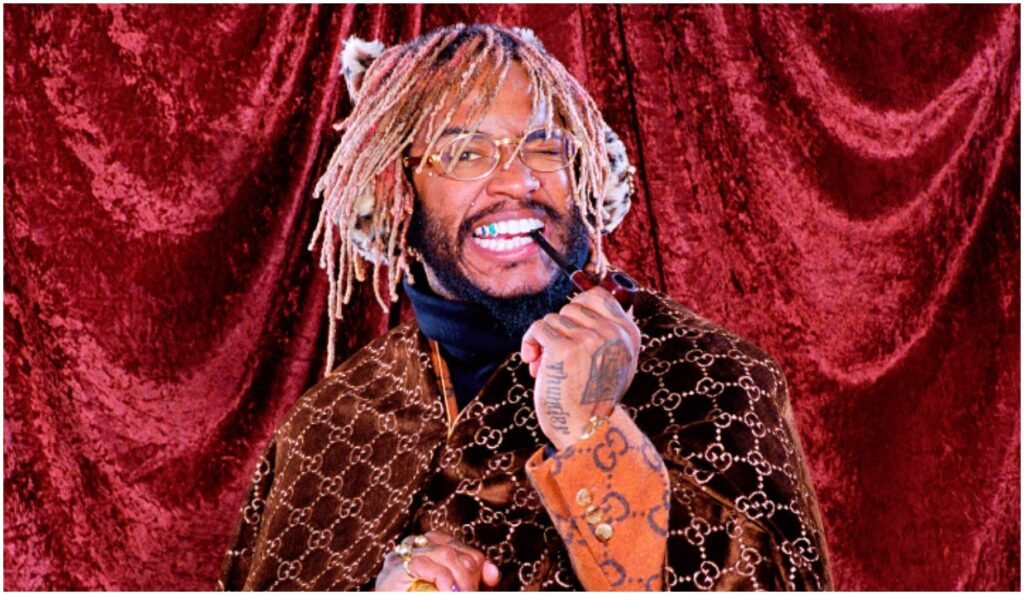 Looking for some Monday motivation? We’ve got you covered. From a virtuosic bassist’s funky new tune to a profound and free musical dialogue, here are five new songs that you can listen to right now to start your week the right way.

Musician/singer/songwriter/producer Thundercat announced the release of his new album, It Is What It Is, and shared its lead single “Black Qualls,” featuring Steve Lacy and Steve Arrington. This new, funky song references what it means to be a black American with a young mindset and it emerged from the writing sessions with Lacy, whom Thundercat describes as “the physical incarnate of the Ohio Players in one person.” It Is What It Is is executive produced by Thundercat himself and Brainfeeder label-head Flying Lotus, and it is due out on April 3.

Experimental musician Jason McMahon applies his virtuosic electric guitar background to the acoustic guitar on his upcoming album Odd West, which he claims to be the fulfillment of a search for something he could play for his parents and several wedding ceremonies. The end result is dreamlike and hypnotic, recalling at times the atmosphere of Pat Metheny’s music, enhanced and enriched by vocal harmonies on “Sunshine for Locksmith.” This is one of the tracks from Odd West, which is due out January 31, and it is accompanied here by a 3D animated video created by the Pixel Mozart, which imagines McMahon’s guitar floating into space.

Musician/producer Rafiq Bhatia implements dreamlike and sometimes volatile electronic techniques to transform cornerstone works by such greats as Duke Ellington and Ornette Coleman on his immersive upcoming 4-song EP, Standards Vol. 1. One of the tracks, “The First Time Ever I Saw Your Face,” features Cécile McLorin Salvant, one of the major jazz vocalists of this generation. This passionate song was written in 1957 by British political singer/songwriter Ewan MacColl for Peggy Seeger, who later became his wife, and was a major international hit for Roberta Flack in 1972. Standards Vol. 1 is due out on January 31.

Serpentine, oriental influences and somewhat sinister tones adorn “The Guru,” a new track from trombonist/composer Nick Finzer’s upcoming album, Cast of Characters. The album draws inspiration from the formative figures we meet throughout our lives and how their impact changes over time, and this track reveals a darker side of this concept. “Never meet your heroes, some say. This piece is an exploration of that very idea,” Finzer explains via a statement. Cast of Characters is due out February 27 via his Outside In Music imprint.

“Reflections” is the new single by the Dave Sewelson quartet, featuring the saxophonist alongside William Parker on bass, Steve Swell on trombone and Marvin Bugalu Smith on drums. It is also one of the three tracks from More Music for a Free World, the quartet’s follow-up to last year’s Music for a Free World. The new album finds the four musicians continuing their profound musical dialogue, exploring even freer territories. Each of the tracks was, in fact, completely improvised with no instructions given, and recorded at Park West Studios in Brooklyn, New York, by Jim Clouse. More Music for a Free World is due out February 21 via Mahakala Music.