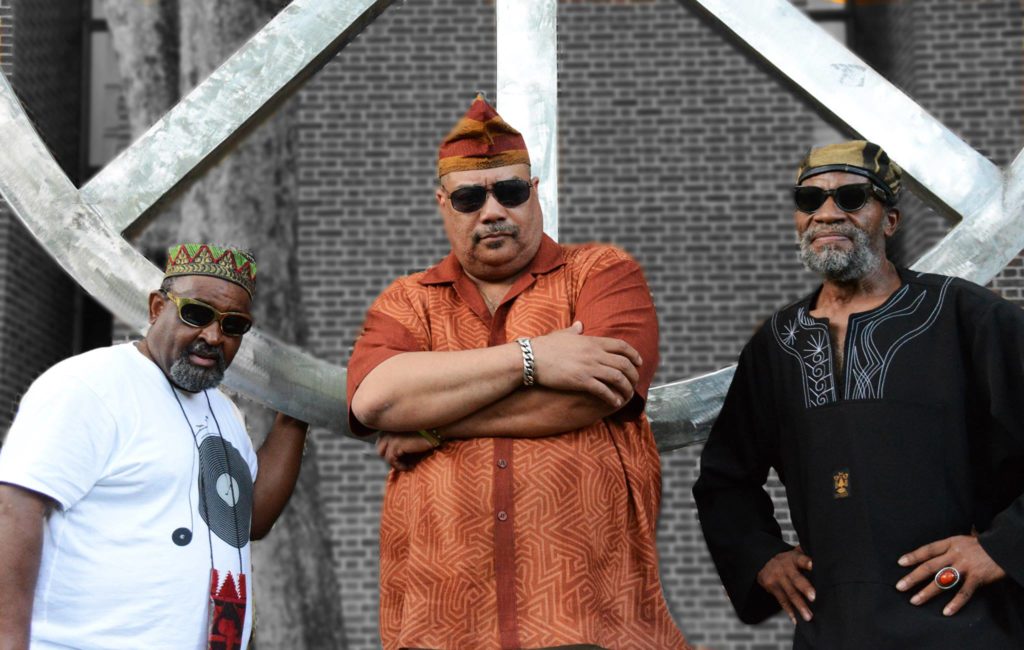 Looking for some Monday motivation? We’ve got you covered! From the debut of a 13-year-old piano prodigy to the return of the godfathers of hip-hop, here are five new songs that you can listen to right now to start you week the right way.

Multi-talented music artist Louis Cole has shared the video for “Doing the Things,” a deliciously radiant new funk-pop tune from his forthcoming digital EP, Live Sesh and Xtra Songs, out April 5 via Brainfeeder. His first release since last year’s Time is a collection of unreleased songs and three live session tracks recorded in a house with a huge band, featuring Nate Wood, Bendel and Jacob Mann, among others. “The whole day was slightly blurry because I was frantically trying to lead the whole session and the band while trying to play the songs … but [it] felt like magic,” Cole recalls.

“Girl” is the mesmerizing new single from Mark Giuliana and his BEAT MUSIC ensemble. The song traverses the world of acoustic and electronic music, exploring the possibilities that their meeting creates, steamrolling in adventurous, surprising and somewhat unpredictable ways. “Girl” is featured on BEAT MUSIC! BEAT MUSIC! BEAT MUSIC!, the forthcoming album from the drummer extraordinaire and his group of like-minded sonic purveyors, all of whom share a passion for electronic music, genre-bending and in-the-moment creativity. The album is out April 12 via Motéma Music.

Brandon Goldberg started studying piano when he was three and although he is only 13-years-old, he now plays it with the sensitivity of a true seasoned veteran. His debut album, Let’s Play (out April 12), finds him backed by bassist Ben Wolfe and drummer Doland Edwards, with special guest spots from saxophonist Marcus Strickland, and announces him as a force on the instrument through a mix of original compositions – including a heartfelt tribute to one of his heroes, McCoy Tyner – and his own arrangements of classics, including this beautiful take on Paul McCartney’s “Blackbird.”

Setting Rays of Summer, out April 5, is the new duo project from trombonist and singer-songwriter Natalie Cressman, and Brazilian composer, guitarist and vocalist Ian Faquini. It draws inspiration from impressionism, jazz and the great Brazilian songwriting tradition. Cressman tells JAZZIZ that “Lenga Lenga” is one of her favorite songs from the album. It features lyrics by São Paulo-based lyricist Rogerio Santos and was written by Faquini after friend and pandeiro player Túlio Araújo jokingly dared him to write something in odd meter: “The result is this driving rhythmic cycle that transcends the 5/4 meter and creates an energetic base for Rogerio’s lyrics, which center around a Brazilian children’s game. Our arrangement for the duo came about very organically, as I found places to harmonize and emphasize the lightness and playful energy of the song.”

The Last Poets, “For the Millions”

The Last Poets, the legendary spoken word artists widely regarded as godfathers of hip-hop, are back! Their new version of the song, “For the Millions” feels like a sobering battle-cry, reaching back hundreds of years of history of black suffering and the millions of lives lost to invite the listeners to continue to battle. “For the Millions” announces the release of The Last Poets’ first album in more than 20 years, Transcending Toxic Times, which promises to be a work of real human emotion. Out May 10 via Ropeadope, the LP features original members Abiodun Oyewole and Umar Bin Hassan, along with longtime percussionist Baba Donn Babatunde and bassist/producer Jamaaladeen Tacuma and a slew of other great collaborators.