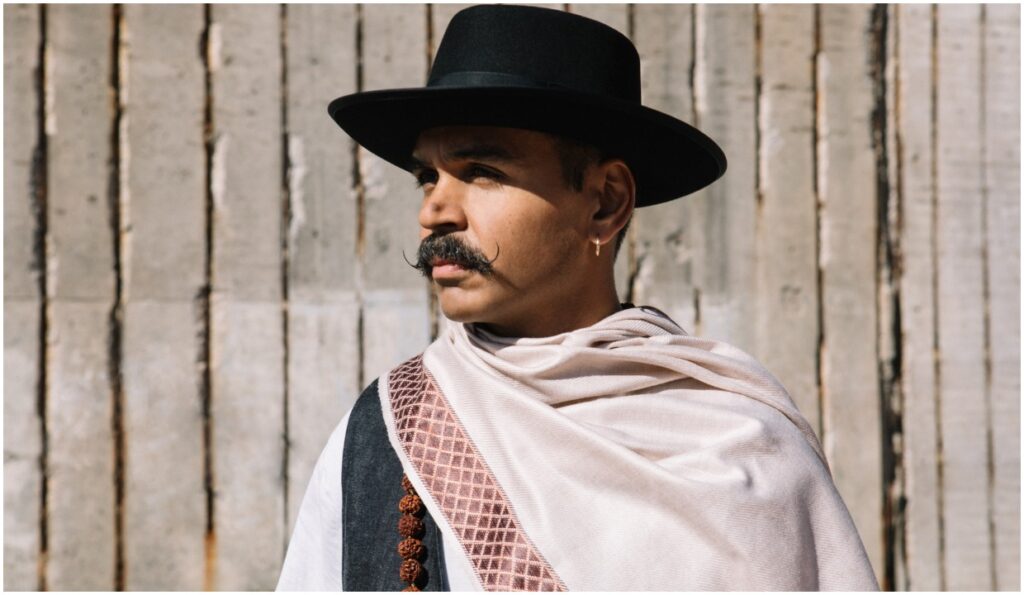 Looking for some Monday motivation? We’ve got you covered. From a heartfelt tribute to Cole Porter to a new song by one of today’s most exciting jazz ensembles, here are five new songs you can listen to right now to start your week the right way.

Drummer/composer Sunny Jain, globally recognized as one of the lead voices of South Asian-American jazz, has announced that he will release his new album, Wild Wild East, on February 21 via Smithsonian Folkways. This will be his first solo album in a decade and his first for the label. The announcement comes with the release of the LP’s lead single, “Immigrant Warrior.” Jain explains via a press release that this song is “a tribute to my parents and all immigrants alike, in the courage that it takes to leave one’s homeland and arrive somewhere new and foreign.”

Yorkston/Thorne/Khan is a cross-cultural trio made up of James Yorkston (guitar/nyckelharpa/vocals), Jon Thorne (double-bass/vocals) and Suhail Yusuf Khan (sarangi vocals). They are set to release their third album together, Navarasa: Nine Emotions, on January 24. As the title suggests, the LP is inspired by the Navarasa concept from the Indian Subcontinent, whereby the fabric of life and the emotions that shape it are organized and explained. Each song is paired with one of these nine emotions and the first single, “Westlin’ Winds,” is paired with Abdutha (surprise/wonder).

Harry Connick Jr., “Just One of Those Things”

Actor/vocalist/pianist Harry Connick Jr. takes a deep dive into the repertoire of one of the most iconic composers of the Great American Songbook on his latest album, True Love: A Celebration of Cole Porter. The album was released in October and includes, among other Porter songs, a version of “Just One of Those Things,” for which he has shared a video. The song was originally composed in Porter in 1935 for the musical Jubilee and further popularized by Peggy Lee in the ’50s. True Love marks Connick Jr.’s first project solely dedicated to the oeuvre of one composer but is also a showcase of his own talents as a vocalist, musician and interpreter.

Acclaimed chamber jazz brass quartet The Westerlies will release their new album, Wherein Lies the Good, on January 31 via their own label. This is their third album and it finds trombonists Andy Clausen and Willem de Koch, and trumpeter Riley Mulherkar welcome a new band member in trumpeter Chloe Rowlands. “Robert Henry” is one of the new original compositions from Wherein Lies the Good, and it was written by Clausen for his first nephew. Elsewhere on the record, the quartet takes on wide-ranging music by such artists as Robin Holcombe, Charles Ives and more.

Nérija, “Where It Ends and Begins”

Nérija is one of London’s most exciting new jazz collectives. It features trumpeter Nubya Garcia, tenor saxophonist Sheila Maurice-Grey, alto saxophonist Cassie Kinoshi, trombonist Rosie Turton, guitarist Shirley Tetteh, drummer Lizy Exell and bassist Rio Kai. The group has shared a new single, “Where It Ends and Begins,” to coincide with their debut on UK national TV, performing live on Later… With Jools Holland. “Where It Ends and Begins” was originally recorded during the sessions for Blume, Nérija’s incendiary debut LP, released earlier this year via Domino.