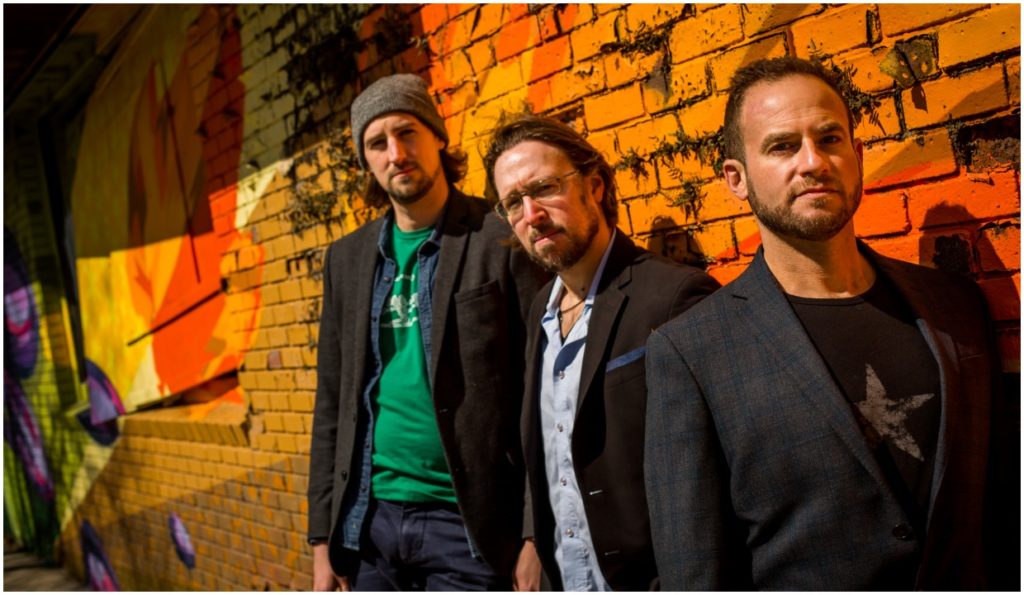 Looking for some Monday motivation? We’ve got you covered. From butterflies to marionettes, here are five new songs that you can listen to right now to start your week the right way.

SPAGA, “Marionette in the Snow”

JAZZIZ presents the premiere of the video for “Marionette in the Snow” by SPAGA, the Philadelphia-based piano trio led by Aron Magner of Disco Biscuits fame, and featuring bassist Jason Fraticelli and drummer Matt Scarano. The song is included in the trio’s self-titled debut album, which was released earlier this year. “The formation of SPAGA and our resulting debut album has been all about self-discovery and a reconnection to a formative version of myself as a young jazz-obsessive before I formed a rock band,” explains Magner. “[“Marionette in the Snow”] is particularly a reflection of that journey.” (The video is directed by Bernardo Morillo.)

Monkey House have shared the video for “Shotgun,” one of the tracks from their latest genre-blurring album, Friday, released July 26 via ALMA Records. The song serves a cosmopolitan cocktail of sophisticated R&B, contemporary jazz progressions and funk-rock grooves penned with a nighttime vibe from an outsider’s perspective that Monkey House songwriter Don Breithaupt describes as someone “who is way down the rabbit hole.” The video for “Shotgun” is directed by J. Miles Dale, Oscar-winning producer of The Shape of Water.

Samantha Sidley, “Butterfly In My Ass”

“Butterfly In My Ass” is the new single from queer-and-proud jazz vocalist Samantha Sidley’s new album, Interior Person, out September 13 via Release Me Records. The album, produced by Sidley’s wife, drummer/composer Barbara Gruska, is defined by an empowered female lesbian perspective and its sound is a delightful blend of traditional jazz with more modern pop sounds. We interviewed Sidley ahead of Interior Person‘s release and you can check out our interview with her by clicking here.

“Time Lapse City” is the new single from UK-based trio GoGo Penguin, made up of pianist Chris Illingworth, bassist Nick Blacka and drummer Rob Turner. This song is the atmospheric opener of their upcoming new EP, Ocean in a Drop: Music for a Film, set for October 4 release via Blue Note. The album, which follows GoGo Penguin’s acclaimed 2018 album A Humdrum Star, is inspired from their live soundtrack of for Godfrey Reggio’s 1982 cult doc Koyaanisqatsi. Like their previous works, Ocean in a Drop was recorded live with no overdubs and layering of individual parts together.

Troy Roberts, “My Girl Is Just Enough Woman for Me”

Saxophonist Troy Roberts has released his new, hard-swinging organ trio album, Days Like These. The LP was released on September 6 via his own Toy Robot Music label and opens with a stellar rendition of Albert Hague’s “My Girl Is Just Enough Woman for Me,” made popular in the ’60s by Stanley Turrentine. The song features Jeff “Tain” Watts on drums and is one of three tracks of Days Like These to include Joey DeFrancesco on organ, while the remaining five tracks on the record feature Emmet Cohen.