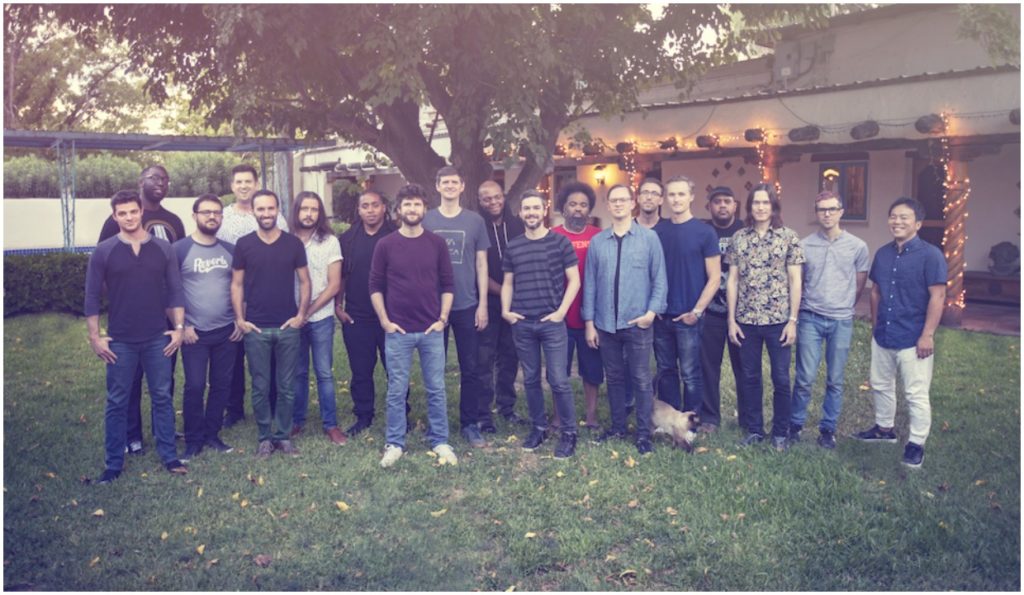 Looking for some Monday motivation? We’ve got you covered! From musical celebrations of cultural diversity to lyrical contemplations on important and pressing issues of today’s world, here are five new songs that you can listen to right now. Start your week the right way.

Snarky Puppy, “Bad Kids to the Back”

Genre-defying collective Snarky Puppy shared the surreal animated video for “Bad Kids to the Back” from Immigrance, their forthcoming album, out March 15 via GroundUP Music. The follow-up to their celebrated 2016 LP Culcha Vulcha thematically and sonically celebrates multiculturality and the idea that humanity can greatly benefit from the coming together of different cultures. The video for “Bad Kids to the Back” is inspired by such films as Richard Linklater’s Waking Life and the Walt Disney 1937 classic Snow White and the Seven Dwarfs, using rotoscoped visuals to turn an in-studio performance into wild animation. In fact, for this video, animator and co-director Michaël Alcaras drew frame-by-frame footage of the band recording the song in the studio and turned it into an eye-popping four minutes and 45 seconds.

The Joe Policastro Trio – led by bassist Joe Policastro and featuring guitarist Dave Miller and drummer Mikel Avery – proudlhttps://www.youtube.com/watch?v=Kr2LW-m64-0y present themselves as, first and foremost, a gigging trio and indeed, on their new album, they aim to capture the energy, excitement and creativity they display on any given night on the bandstand. Nothing Belongs Here, released February 8, is their fourth album and showcases the group’s captivating body of original music through six Policastro original compostions, as well as characteristically bold arrangements of songs by other artists. “No Idea” is one of these original works, and it exemplifies what Policastro calls the orchestral element of the group and the “long game” of the music.

Durand Jones & The Indications shared “Long Way Home,” the new single from their sophomore album American Love Call, out March 1. The funky bassline sonically contrasts the track’s somber theme, which vocalist Durand Jones explains is based on his own experience with the justice system in America mixed with guitarist Aaron Frazer’s perspective about refugees, immigrants and the systemic obstacles they face on arrival to the U.S. “I can’t help but think of the brothers and sisters in America’s prison system whose lives are ruined over minor convictions,” he reflects. “How some of my friends at home now navigate their young adult lives as felons and all the barriers— social, political and economic— that come along with that. I also think of how we are not walking these trials alone. And if you’re willing to give a hand to help something, it usually comes back around when you need it. We have to show up for each other.”

Karl Denson’s Tiny Universe has released a video for “Change My Way,” the second single from its forthcoming studio album, Gnomes & Badgers, out March 8. The song was co-written by Karl Dension with New Orleans singer-songwriter Anders Osborn, and both song and video make a poignant statement about the current crisis at the U.S. border. The video is directed by TG Herrington who described “Change My Way,” as “a discussion about borders, boundaries, love and law. Both the song and the video is a body of work seeking answers to some fundamental questions: where would America be without the benefit of colordiversity of different races, faces, beliefs and creeds? What happened to ‘Love Thy Neighbor’? What happened to ‘Give me your tired, huddled masses yearning to be free’? Remember we were them not too long ago.”

Across the Sea, released last Friday, is the new collaborative album from Italian singer-songwriter Chiara Izzi and American pianist-vocalist Kevin Hays, and it is a visionary journey between jazz and pop, America and Italy, dream and lyricism. Izzi wrote the Italian lyrics for “Viaggio Elegiaco” from the album in response to Hays’ composition “Elegia,” and she cites as inspiration the works of Catullus, the influential poet of the late Roman Republic. “The music and the title inspired me to write about the stages of grief, how a person loses hope after a loss, and how we can get over it and little by little transform someone’s physical absence into a spiritual presence, and a guidance in our lives,” the singer-songwriter explains.