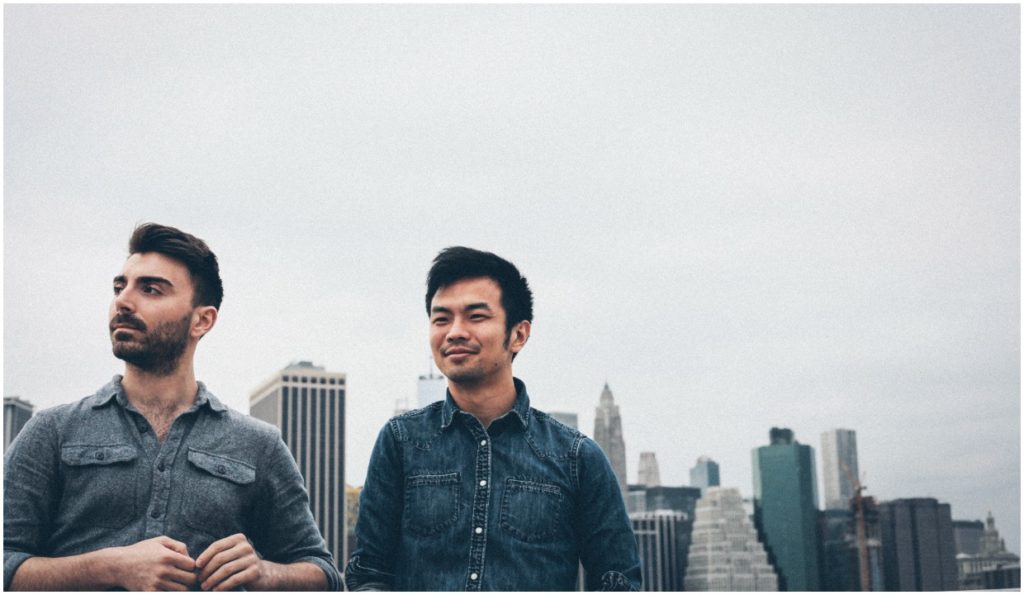 Looking for some Monday motivation? We’ve got you covered. From the new single by one of today’s most influential instrumental-music ensembles to an expressive experiment mixing free jazz with European queer club music, here are five new jazz songs that you can listen to right now to start your week the right way!

After almost a decade of working together, pianist Christian Li and guitarist Mike Bono released their debut co-led album, Visitors, on January 16 via Tone Rogue Records. This nine-track collection of originals opens with “Puddles,” written by Bono, who tells JAZZIZ that he wrote it “when I was exploring fast right-hand finger-style patterns. I was trying to create fluid, cascading sounds with some unconventional harmonies and previously undiscovered finger-picking patterns. When I finally arrived at it, the melody I was hearing in my head made very clear where the harmony needed to go, thus paving the way for the rest of the song.”

Polly Gibbons, “Permit Me to Introduce Yourself to Yourself”

In his liner notes for The United States of Mind, pianist Horace Silver wrote: “We are all but different variations on the same theme, but no matter how many different variations there are, it’s the same old beautiful melody, yet each variation gives greater expression of the song.” This positive message of unity was reflected in his 1970 song, “Permit Me to Introduce Yourself to Yourself,” one of the first for which he also wrote vocal parts and lyrics. First appearing on his 1970 That Healin’ Feelin’ LP, and is a message carried on by singer-songwriter Polly Gibbons, a growing presence in the contemporary UK jazz scene – you can watch the premiere of a video of her take on the song via the player below. Gibbons chose to include the song as one of the 12-tracks of her forthcoming album, All I Can Do. The album is scheduled for a March release via Resonance Records and will be followed by tour dates in the U.S. and in the U.K.

“Xavi” is the Latin-infused, psychedelic and groovy first single from Immigrance, the new album by three-time Grammy-winning, genre-defying ensemble collective Snarky Puppy that celebrates multiculturality. Like Snarky Puppy’s last album, 2016’s Culcha Vulcha, Immigrance is a studio project featuring most of the same musicians and the same dynamic, creative spirit. However, it is also rawer and moodier than its predecessor. Bassist-composer Michael League, who founded the band in 2003 and produced the album explains: “Like Culcha Vulcha, this record is largely informed by our travels, and we’re always trying to pass specific ideas through our filter and into our idiom without being disrespectful to the tradition at hand.” Snarky Puppy will release their new album shortly after hosting the next edition of the GroundUP Music Festival, which will take place on Miami Beach, Florida, on February 8-10, with a line-up including David Crosby, Lalah Hathaway and Andrew Bird, among many others.

Over the next two weeks, JAZZIZ will premiere two tracks from The Night We Couldn’t Say Goodnight, the forthcoming debut album from Vancouver-based singer Angela Verbrugge, out on February 1. The first of these songs is “I’m Running Late,” composed by pianist Ray Gallon (instrumentally titled “That’s the Question”), who also plays on the record. Verbrugge first heard Gallon perform it at Small’s in Greenwich Village and the lyrics popped in her head as a fit for the uptempo melody. “As a mom of three myself, a wife, a daughter, a friend, a volunteer, a property manager, a lyricist and jazz vocalist, I know I can end up quite scatterbrained and may occasionally end up running late as I try to fit it all in,” explains Verbrugge. “Essentially it’s a modern jazz anthem addressing our busy lives.”

Oslo-based saxophonist Bendik Giske has released “Up,” his new single from his debut album Surrender, out January 25 via Smalltown Supersound. Surrender is a wonderfully expressive work that draws inspiration from Giske’s perspective as a queer-identified artist, mixing free jazz with the club music of the European queer techno scene. The result benefits from his collaboration with producer Amund Ulvestad, who specializes in sound installations and experiments with microphone placement on a single source to capture unique sounds within a space. Giske explains: “I take the building blocks of electronic music and play it live—without layering or looping, to the best of my ability. All the faults of being human come through. It’s an exercise in something impossible: to be a machine.”