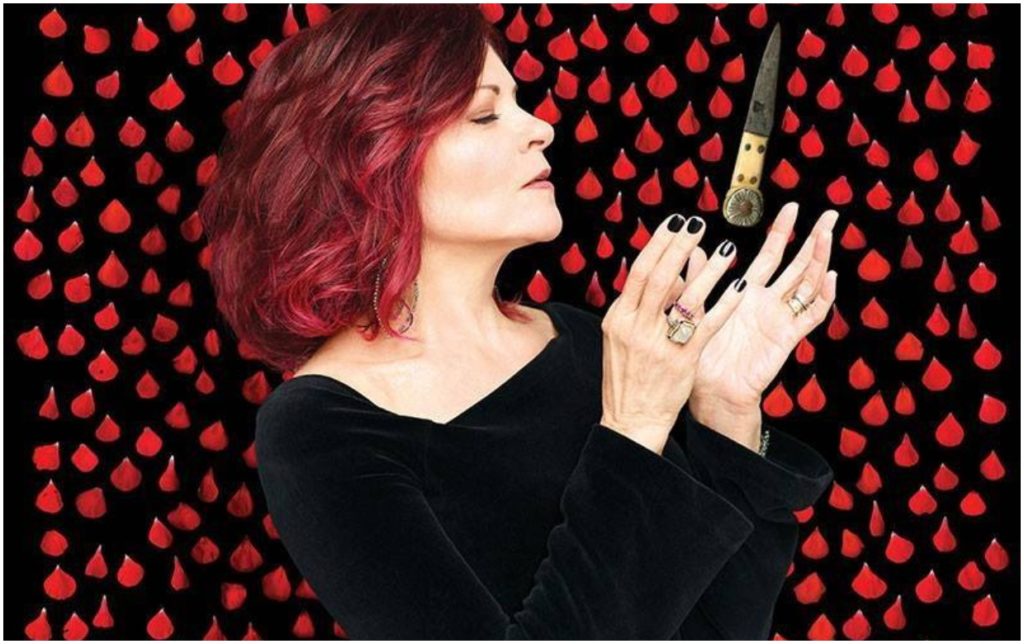 This week, our regular roundup of “Monday motivation” features new music by artists inspired by social change and the music of such legends as Eddie Jefferson and Bill Withers. From haunting narratives to joyful celebrations, here are five new songs that you can listen to right now to start your week the right way.

There’s a dynamic and confident mix of tradition and innovation in the music of pianist James Francies that makes one think he is set to follow in the footsteps of such greats as Herbie Hancock and Bud Powell. At 23, he has already become an acclaimed figure of the jazz world and has performed with such headliners as Chris Potter, Pat Metheny and Terrace Martin, among countless others. “Sway” is the impressive new track from his debut album as leader, Flight, which will be released on October 19. The album will officially mark his induction into the Blue Note roster.

Rosanne Cash, “Everyone But Me”

“I could not have written them 10 years ago – not even close,” says Rosanne Cash about the ten songs of her forthcoming album, She Remembers Everything. Inspired by the many stories of women who have survived harassment and violence and have come to the fore in recent months, the singer-songwriter’s first album in nearly five years reckons with a flawed and fragile world from a uniquely feminine perspective. The songs on the album, were all written or co-written by Cash, including “Everyone But Me,” heartfelt ballad that is an exquisite mosaic of generational grief and reckoning. “Time is shorter,” says Cash. “I have more to say.”

After celebrating the works of Billy Strayhorn and Nat “King” Cole, vocalist Allan Harris steps out of his comfort zone and takes on the idiosyncratic repertoire of modern jazz trailblazer Eddie Jefferson. “In my wildest dreams, I never imagined I’d tackle Eddie Jefferson’s material,” Harris explains. Despite the initial reservations, The Genius of Eddie Jefferson is a sensational meeting between the classic romanticism of Harris and the bebop innovations of Jefferson – as proved by the former’s take on “Jeannine.” “Once I started to sit down with his material and delve into what he was singing, it blew all of my stereotypes and prejudices out the window. How wrong I had been over the years not to give this incredible genius credit.”

Blow, released on October 5, encapsulates the new bold musical direction of saxophonist-composer Donny McCaslin by capturing both his jazz roots with strong influences from art pop, electronica and rock. Whereas “What About the Body,” the first track released from the album, revealed McCaslin’s boisterous and energetic side, the new single “Tiny Kingdom” is much darker and more melodramatic in tone, somewhat recalling his collaboration with David Bowie on 2016’s Grammy Award-winning album Blackstar.

“Lovely Day” was originally released in 1977 and is arguably one of Bill Withers’ most famous and beloved compositions. A must, therefore, on José James’ loving tribute album to the legendary-singer songwriter, Lean On Me, also released in honor of Withers’ 80th birthday. Here, James performs the song in a duet with Lalah Hathaway, and the interaction between the two makes the song all the more joyful. The happy vibes of the song are echoed in the track’s sunny soaked new video, which also draws inspiration from the fashion and style of the times in which first came out.