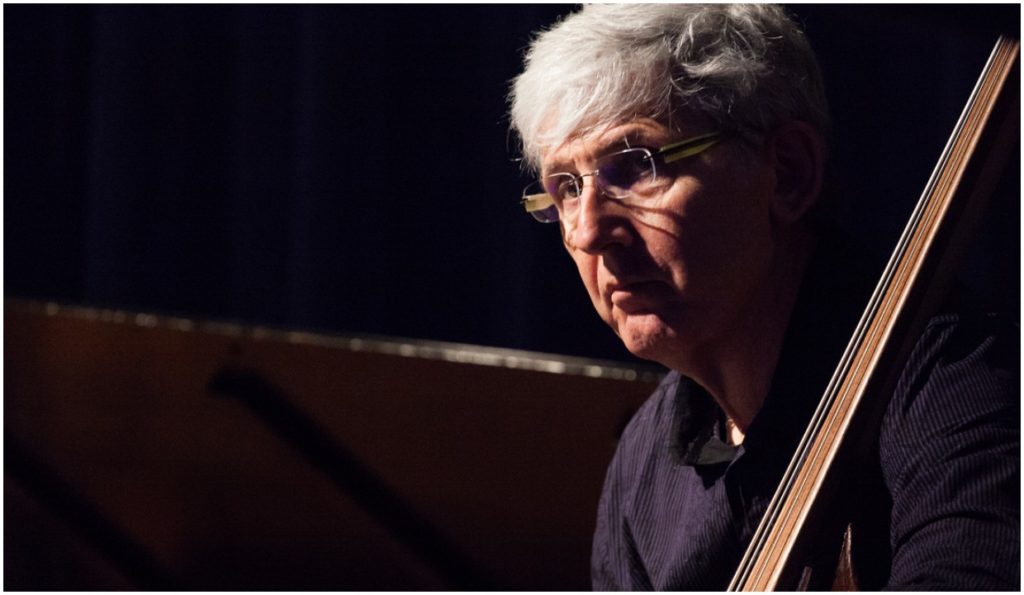 Looking for some Monday motivation? We’ve got you covered. From a unique reimagining of a Frank Sinatra classic to a thrilling expressionist depiction of today’s world, here are five songs that you can listen to right now to start your week the right way.

The Mark Dresser Seven, “Ain’t Nothing but a Cyber Coup & You”

Ain’t Nothing But a Cyber Coup & You is out May 10 via Clean Feed and reaffirms innovative bassist-composer Mark Dresser as one of the most enthralling figures of the contemporary avant-garde jazz scene. Together with The Mark Dresser Seven, featuring six other top virtuoso improvisers who give distinctive voice to his vision of music and the world at large, he explores multiple jazz traditions, including that of the immortal Charles Mingus and his blend of irreverent political commentary with forward-thinking musical exploration – a tradition best shown on the thrilling title track. In fact, Dresser explains that this is one of the tracks from the album that actively engages with what he describes as our current “reality-horror-show corruption, malice, xenophobia and class warfare.”

Armed with his trusty 7-string guitar, Ron Jackson takes on a wide-ranging collection of standards and songs old and new on his latest album, Standards and Other Songs, released March 8 via Roni Music. This album, Jackson’s first trio studio recording in almost a decade, is a collection of personal interpretations of songs by acclaimed songwriters from different generations – from Bill Withers to Drake by way of Van Morrison. The latter songwriter’s “Moondance” is featured, and it is surely a highlight of the program. This video of Jackson’s live performance of the song from the CD release event at New York City’s Zinc Bar is also a document of Jackson’s unmatched soloing.

The Diplomats of Solid Sound, “Move On”

For 18 years, Iowa City ambassadors of groove, The Diplomats of Solid Sound, have been mining America’s vast deposits of soul music to create a sound all their own. Since their debut LP, 2001’s Instrumental Action Soul, the ensemble has grown in depth and sophistication, and their sound has now blossomed into a new, glorious and joyous single “Move On,” which at once embodies the empowered spirit of ’60s soul and funk, and reconfirms The Diplomats’ standing in the contemporary funk and neo-soul scene. “Move On” is the first single from the band’s forthcoming album, A Higher Place, out June 21 on vinyl and CD via Pravda Records.

Holly Cole, “They Can’t Take That Away from Me”

Holly Cole’s 17th album as a leader, simply titled Holly, is out April 26. It marks her debut for Shanachie and the first project she did not produce herself, having enlisted help from Russ Titelman, who has worked with such artists as Steve Winwood, Eric Clapton and James Taylor. At its core, Holly is a celebration of the Great American Songbook and one of its tracks is a sublime reading of “They Can’t Take That Away from Me,” one of the masterpieces of the George and Ira Gershwin repertoire, which originally made its debut in the beloved Fred Astaire/Ginger Rogers 1937 musical movie Shall We Dance. “I love the simple images in this song because those are most often the strongest and most emotional memories you have of somebody,” Cole tells JAZZIZ. “Not only that but this tune swings really hard.”

Friendly Rich, “Only the Lonely”

Canadian composer-performer Friendly Rich completely reimagines Frank Sinatra’s 1958 Only The Lonely – which coincidentally makes our list of the five essential jazz albums of 1958. This video of its title track is a great preview for a project that is at once quirky and dramatic, creative and surprisingly acute; in other words, it is everything but your average album of covers and the original material offers all musicians involved a chance to evolve and try something different, including Rich and saxophonist David French, whose considered small band interpretations of Nelson Riddle’s original string arrangements are first-rate. Indeed, Rich says via a press release that he “had a strong desire to curb my usually frenetic energy as a challenge [and to] challenge myself to try a different creative path. What comes out is a haunting interpretation of the original album.”

Music from the Magazine Playlist: July 2019