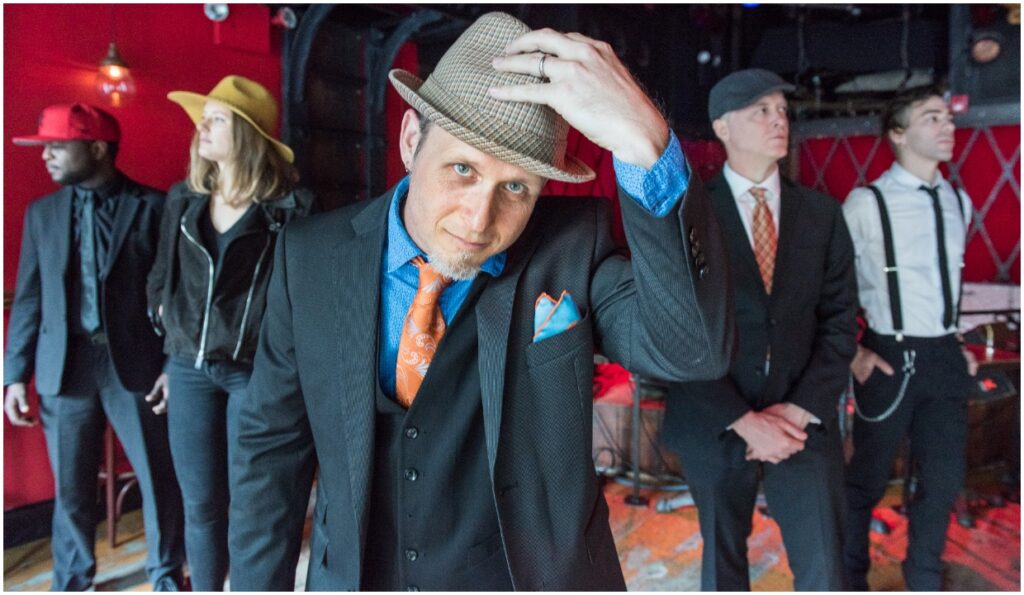 Looking for some Monday motivation? We’ve got you covered. From a blend of Brazilian forró music and funk to a history-making performance of “America the Beautiful,” here are five new songs that you can listen to right now to start your week the right way.

“Forró de Dois Amigos,” is a new song from drummer/percussionist/composer Scott Kettner’s upcoming album with his cross-cultural collective Nation Beat, with which he has long explored the folkloric traditions of Brazil and Louisiana. On The Royal Chase, due out September 18, Kettner explains that he “wanted to reimagine the classic forró songs from Brazil as vehicles for improvisation in a funky brass band format.” Whether presenting originals or reimaging classics of the forró genre, this is music that strives to blur genre lines and bridge the gap between the traditional and the contemporary.

Kenny Washington, “I Ain’t Got Nothing but the Blues”

Having performed and recorded with some of the finest jazz players in the world, vocalist Kenny Washington released his studio album debut, What’s the Hurry, on August 14 via A-Train Entertainment, featuring impressive renditions of classic songs and standards. These include a swinging take on Duke Ellington’s “I Ain’t Got Nothing but the Blues,” which also doubles as a tribute to the classy and sophisticated voice of Joe Williams, whose interpretation of the song inspired Washington to record his own version.

Steve Arrington, “Soulful I Need That in My Life”

“Soulful I Need That in My Life” is a new single from funk/soul legend Steve Arrington. This groovy, bass-driven track was co-created with Stones Throw founder Peanut Butter Wolf and is reminiscent of Arrington’s career as a ’70s funk crusader. It is also included on the vocalist’s upcoming album, Down to the Lowest Terms: The Soul Sessions, which is due out September 18 via Stones Throw and marks Arrington’s first new album in eleven years.

The Budos Band, “Long in the Tooth”

Staten Island Afro-psychedelic soul legends, The Budos Band, have shared the title single from their upcoming album, Long in the Tooth. The song has a monumental sound and an unshakable groove. It showcases the band’s instrumental alchemy and evokes atmospheres of a Quentin Tarantino movie. Long in the Tooth will be released on October 9 via Daptone. Recorded in just five days, it marks the 20th anniversary of the band’s inception and comes 15 years after their eponymous 2005 full-length debut.

Jazz and soul superstar Gregory Porter has shared his version of “America the Beautiful” from the live broadcast send-off to NASA’s Mars 2020 Perseverance Rover. On this occasion, he became the first recording artist to be invited to perform at a NASA Mars mission launch. The track has been released as a standalone single on all digital platforms, ahead of the release of his new album for Blue Note, All Rise, which marks his return to original songwriting and will be released on August 28. We included the LP in our list of albums out this month that you need to know about.