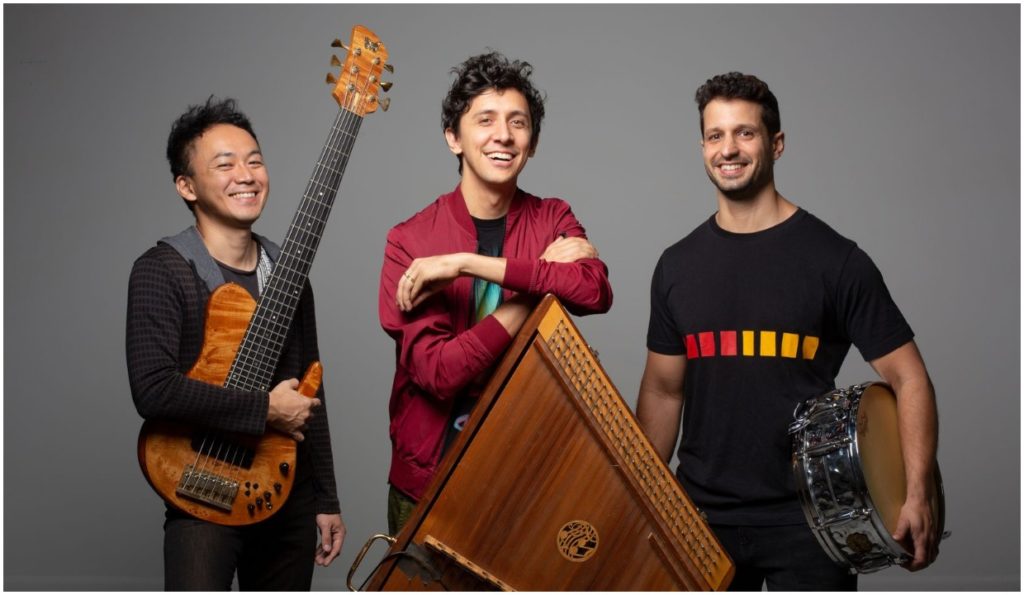 Looking for some Monday motivation? We’ve got you covered. From a track off a long-lost Miles Davis album to a new, psychedelic sonic trip, here are five new songs that you can listen to right now to start your week the right way.

Miles Davis’ lost, never-before-heard 1985 album Rubberband will finally see the light of day on September 6 via Rhino. “Paradise,” the new single from the 11-track LP, which was completed by its original producers Randy Hall and Zane Giles with Davis’ nephew and collaborator Vince Wilburn Jr., is out now. The groovy, Caribbean-inspired song also features vocalist Medina Johnson, who is one of the guests on Rubberband, which also features contributions from Lalah Hathaway and Ledisi.

Songwriter Jake McMullen has shared “Half Acres,” his first official single under the Louis Prince moniker. This is a laid back, contemplative track drawing on the lush, ornate world of jazz. “The song itself touches on themes of change, figuring out who you are in relation to others and your surrounding landscape, as well as the idea of commitment and lack thereof,” he explains via a press release, adding that the video visually attempts to reflect this process. Louis Prince has also signed with Last Gang Records for his debut LP, due out next year.

House of Waters shared their new video for “Wedding Song” from their latest album, Rising, available now via GroundUp Music. The song perfectly encapsulates their characteristic blend of old-world tradition and modern world-music, and captures the wonderful chemistry shared between band members dulcimer virtuoso Max ZT, drummer Ignacio Rivas Bixio and bassist Moto Fukushima – the latter particularly shining on this track with a stellar bass solo. Rising was recorded in an intense two-day session without the use of overdubs to capture the spontaneity that is the hallmark of the band’s creative efforts.

“Seven Eight” is the first single from psychedelic ensemble Ghost Funk Orchestra, the brainchild of one-man producer/musician/arranger Seth Applebaum. The band forges new territory with a style full of mystery, fuzz and reverb and a sound that draws on a wide variety of styles, from salsa to surf rock to afrobeat to soul and beyond. The video for “Seven Eight,” partly assembled from found footage, was directed and edited by Applebaum and mirrors the ensemble’s mix of vintage and modernity. The song will be featured on Ghost Funk Orchestra’s debut LP, A Song for Paul, out August 23 via Colemine Records.

Echoes is a collectivist ensemble whose music pairs futuristic electronica with focused improvisations to create a sound that is uniquely their own. Inspired by 21st-century musical experimentation of all stripes, the group augments its already unorthodox instrumentation with a variety of electronic instruments, loops and triggers to explore new sonic and rhythmic territory. Over the course of almost four years of touring and performing, their talents have brought them to venues all across North America, Europe, the Middle East and Asia. Their new album Loading Screen, out August 2, is the sound of jazz in the “right now” — ferociously energetic, slyly humorous, acoustically engaging and digitally savvy. Case in point: their new video for the single “Give,” on which an entrancing saxophone melody finds cool company in a landscape of synths, drums and vibes.