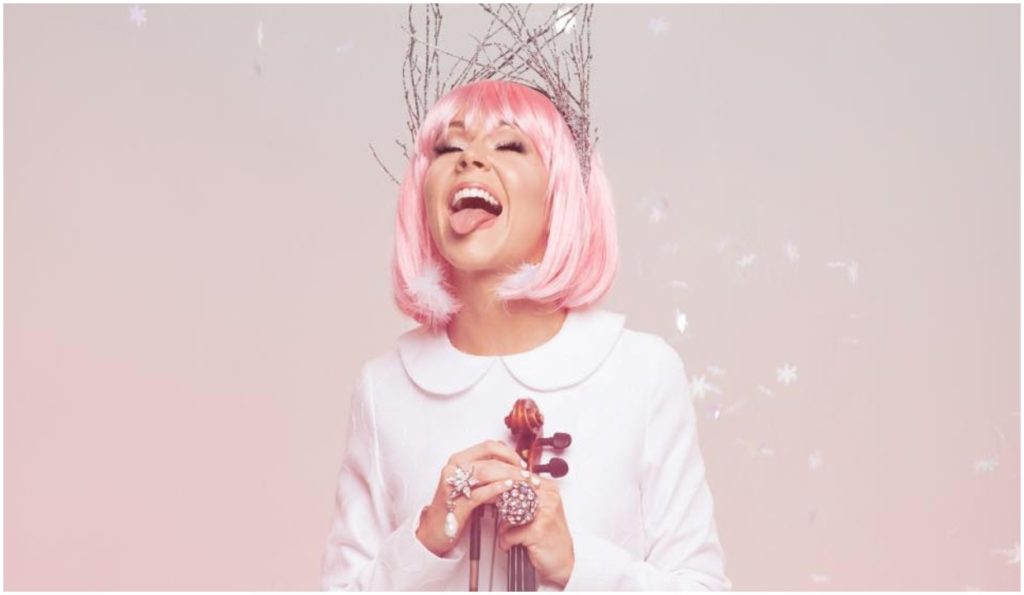 Looking for some Monday motivation? We’ve got you covered. From holiday-themed songs to new sonic experimentations, here are five new songs that you can listen to right now to start your week the right way.

“The Power of the Same” is a preview track from producer 14KT’s new jazz-inspired project, out next year, for which he adopted the moniker IAMABEENIE. The song features a soulful groove keeping together a mish-mash of sounds with the ethereal vocals provided by Muhsinah singing about the praises of being consistent in love. 14KT says it was inspired by a bible study plan he was reading of the same name, that “spoke about the power of being consistent in our lives. I thought about how consistently God’s love and my family’s love have gotten me through my journey in life.”

Hugh Marsh, “I Laid In the Snow”

Violinist Hugh Marsh will release his new album, Violinvocations, on February 15, 2019, with which he aims to propel the violin beyond its traditional range of expression. The announcement comes with the release of his new track from the album, “I Laid Down in the Snow,” that shows this type of experimentation. Here, Marsh captures mournful, wraithlike moans that sound nearer to the human voice than a stringed instrument.

Percussionist Mike Dillon has been championed as a “punk jazz provocateur” and considers his new album Bonobo, Bonobo – out December 21 – a punk rock album. The title track draws from his percussive arsenal and finds him playing alongside some of New Orleans’ most thrilling musicians in a collective he calls The Mallet Men. It also reveals inspirations from a wide range of influences – from Frank Zappa to Krautrock to Tom Waits – to continue on the tradition of his extensive catalog of genre-defying recordings.

Joey Alexander, “What a Friend We Have in Jesus”

15-year-old piano prodigy Joey Alexander shared the video of his in-studio performance of his cover of the beloved Gospel hymn “What a Friend We Have in Jesus,” which is partly a tribute to the late Queen of Soul, Aretha Franklin, who recorded an iconic version of the tune in 1972. Alexander included the song on his holiday-themed EP, A Joey Alexander Christmas, released on November 2, which follows his critically acclaimed spring album, Eclipse.

Lindsey Stirling, “Warmer in the Winter”

Singer, violinist and composer Lindsey Stirling released the latest in a string of holiday-themed music videos. This one is for “Warmer in the Winter,” the title track from her 2017 album, which was released in a deluxe edition this October. “Warmer in the Winter” has a sound that is reminiscent of classic Hollywood festive musical movies, and the video, directed by Alissa Torviven, appears to be influenced by those same vibes. Recently, Stirling also shared videos for such songs as “I Wonder as I Wander” and “Santa Baby.”