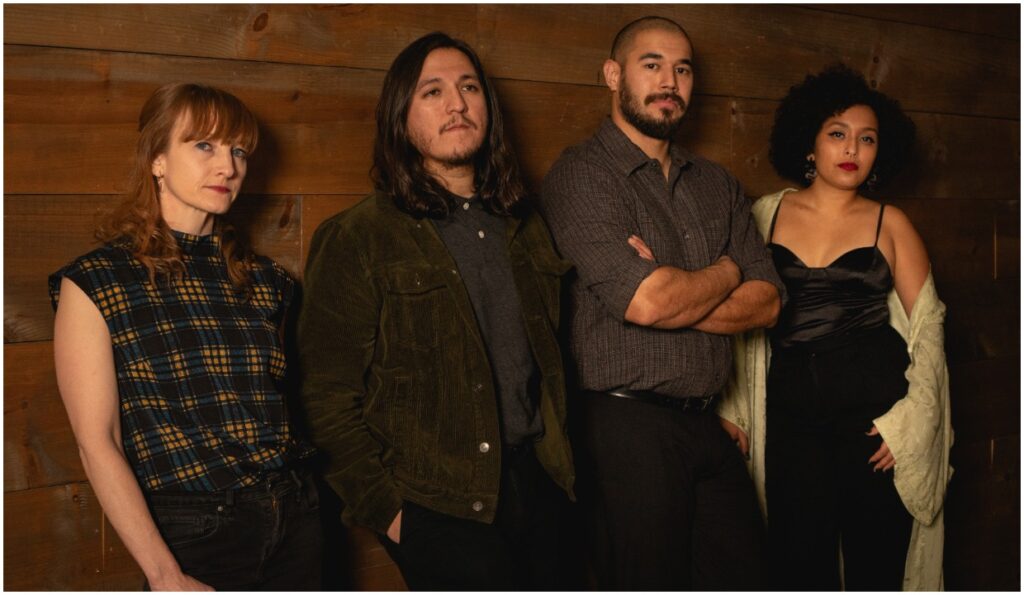 Looking for some Monday motivation? We’ve got you covered. From liberation-oriented music to a celebration of Carmen McRae, here are five new songs that you can listen to right now to start your week the right way.

Irreversible Entanglements, “Bread Out of Stone”

Free jazz collective Irreversible Entanglements is set to release their sophomore album, Who Sent You?, on March 20 via International Anthem/Don Giovanni. “Bread Out of Stone” is the second single from the album and follows the previously-shared lead single “No Más.” It captures the ensemble in rare, simmered mode and features poet/MC Camae Ayewa, a.k.a. Moor Mother whispering a list of metaphysical magic words, described as a recipe for how they’ve been able to use their instruments and implements to “make bread out of stone.”

“War Room” is the first single from Black Market Brass’ sophomore album, Undying Thirst. This is an original composition bursting with power and confidence. It also showcases the Minneapolis-based band’s original and modern blend of Afrobeat, Afrofunk and the classic ’70s West African sound. Undying Thirst is out now via Coleman Records. The LP is also available on vinyl, packaged in high-quality Stoughton Tip-On gatefold jacket.

Singer/pianist Kandace Springs honors some of the female vocalists who have influenced her life and career on her new album, The Women Who Raised Me. One of these vocalists is Carmen McRae, honored by Springs via her rendition of “Solitude,” a Duke Ellington composition she made her own. This video documents a live studio performance of the track. The album version also features acclaimed saxophonist Chris Potter. The Women Who Raised Me is due out March 27 via Blue Note and we included it our list of ten albums out this month that you need to know.

“Vibrasonic” is the title track from Vibes Alive’s third album, which was released on March 6. This song is one of ten compositions included on the LP that were written and produced by vibraphonist Dirk Richter and guitarist Randall Crissman. Their instruments are the driving force and lead voices of this record’s soulful, fusion expeditions.

The Altons, “When You Go (That’s When You’ll Know)”

Daptone Records launched a new imprint called Penrose, and released five singles, all of which are included on a new digital EP, Presenting Penrose Records. One of these singles is “When You Go (That’s When You’ll Know),” a new groovy and soulful track by East Los Angeles mainstays, The Altons. The single will also be available on 45 on April 10 and, on the same date, be released as part of a new full digital compilation titled Penrose Records Vol. 1.