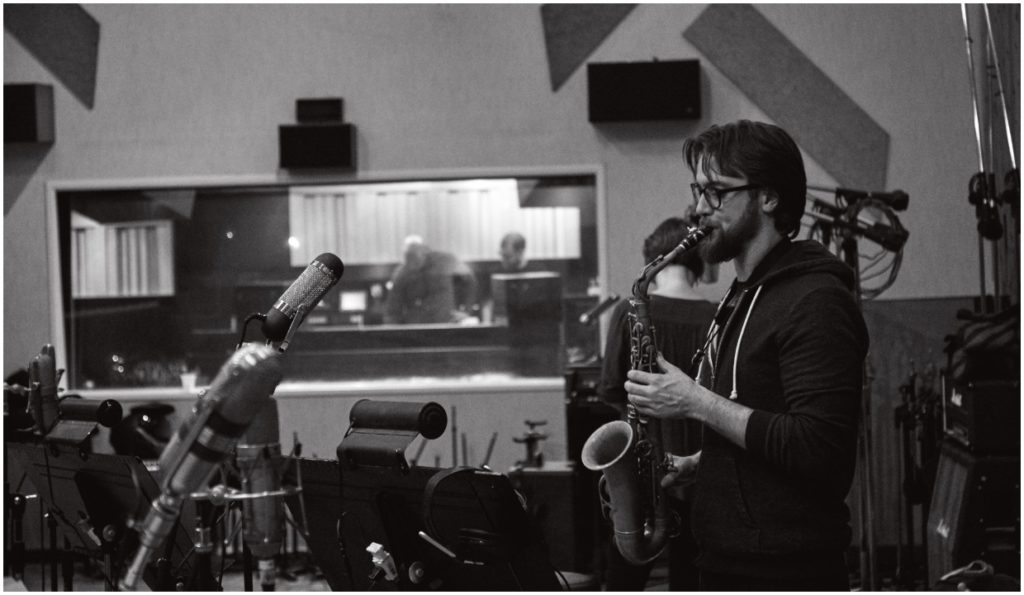 Looking for some Monday motivation? We’ve got you covered. From dreams to gardens by way of a drum legend’s return, here are five new songs you can listen to right now to start your week the right way.

JAZZIZ presents the premiere of “Dreaming” from Intuit, the debut album as a leader of saxophonist Jonathan Crompton. On Inuit, he explores the expressive potential of his primary instrument on a program of diverse compositions, each different from the next. In a statement, he tells JAZZIZ that “Dreaming” – also featuring an amazing tenor solo by the brilliant Ingrid Laubrock – “contains several moods within it, as dreams often change quickly in situations and blur into each other.” Intuit will be released on August 9 via New Lab Records.

Guitarist/tunesmith Bai Kamara Jr. was born in Sierra Leone and grew up in Brussels, Belgium. His new song, “Lady Boss,” pays tribute to the spirit of the blues and is enriched by the influence of his African heritage. “The rhythms and sounds of Africa have always lived in me,” he says via an official statement. “Lady Boss” will be included on his forthcoming album, Salone (which in the Krio language means Sierra Leone), currently scheduled for a January 2020 release. The album introduces his new band, The Voodoo Sniffers.

90-year-old drum legend Jimmy Cobb will release his new album, This I Dig of You, on August 16 via Smoke Sessions Records. The new LP features Cobb with a band of his longtime collaborators – pianist Harold Mabern, guitarist Peter Bernstein, and bassist John Webber. Together, they perform new version of songs from the repertoire of Cobb’s first working band, Cobb’s Mob, including “My Old Flame,” originally written by Arthur Johnston and Sam Coslow in 1934.

London-based multi-instrumentalist Ash Walker shared the video for his new single, “Finishing Touch,” featuring the smooth vocal talents of Laville. This otherworldly video, directed by Louis Hvejsel-Bork, was shot using an infrared camera with filter replicating the old Kodak Aerochrome cameras used during World War I for surveillance purposes. The effect goes well with the themes of exploration and awakening present in Walker’s music. “Finishing Touch” is featured on Walker’s forthcoming album, Aquamarine, out July 19 via Night Time Stories.

JAZZIZ presents the premiere of “Rotterdam (Gardens),” a track from Aaron Novik’s forthcoming The Fallow Curves of the Planospheres LP. This is a new collection of material of music from five EPs from the bass clarinetist’s myriad musical involvements. Novik tells JAZZIZ that he composed “Rotterdam (Garden)” while visiting the title Dutch city after touring with Fred Frith in 2014, and renting an Airbnb with an upright piano. “My band Thorny Brocky must have been on my mind too … because the music I wrote fits them so well on this recording we did a few years later.” The Fallow Curves of the Planospheres is due out July 19.